Into the Fire is one of the God of War Ragnarok story quests, and during it, you will assume control of Atreus. Our walkthrough shows how to use the mask fragment found in Musphelheim, whether Thor can help Atreus during fights, how to reach Surtr's Shrine, and where to find the second Mask Fragment.

Search for the Mask Fragment with Thor 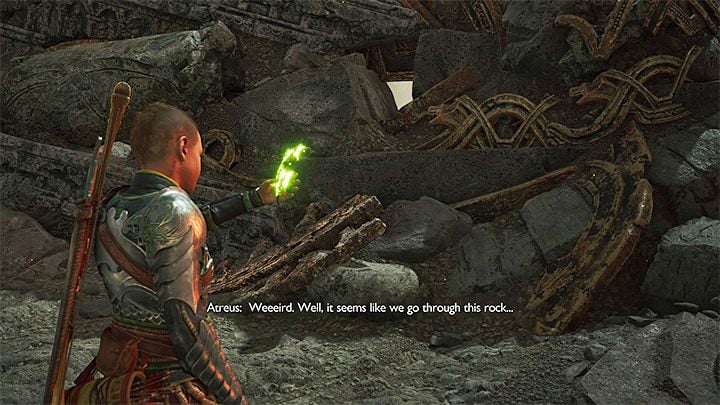 This task has an interesting premise - you play as Atreus, visit Muspelheim for the first time, and you have Thor as your companion. He is here mainly to help during puzzles, and helps in combat only sporadically.

At certain times during the task, you need to equip the mask fragment (d-pad left) and use it like a compass. It shows the correct way by lighting green. Thor will destroy the first set of rocks blocking the path forward.

If nothing happens after turning the right way, try approaching the ledge and/or move the camera vertically. This may be necessary for the action to take place. 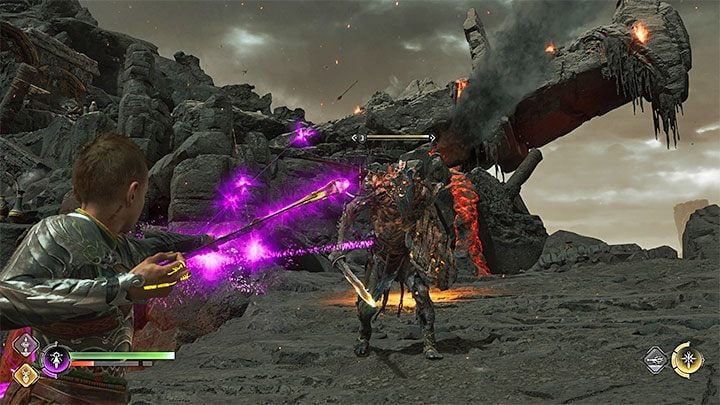 You will reach Burning Cliffs. In this battle and subsequent ones, you can treat the received sword - Ingrid - as a companion - use Square to issue commands to it. Ingrid can deal single attacks or perform combos (hold down the command button). The sword is especially useful when dealing with enemies with shields, as it exposes them to Atreus' attacks.

After the area is cleared, use the mask again - Thor will grab Atreus and jump to a new location. 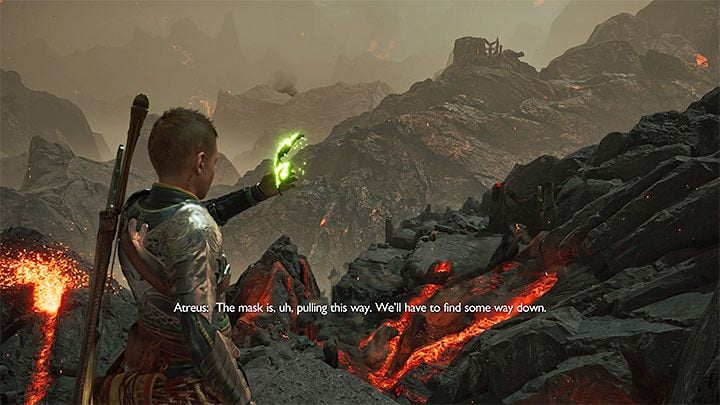 Take care of appearing monsters (use the bow to defeat enemies on higher/remote ledges). If you don't know where to go, equip the mask.

Walk along the narrow edge next to the lava and get ready for another fight. After the area is clear, equip the mask and approach the edge (screenshot) as sometimes the scene doesn't start. You and Thor will reach Molten Lowlands. 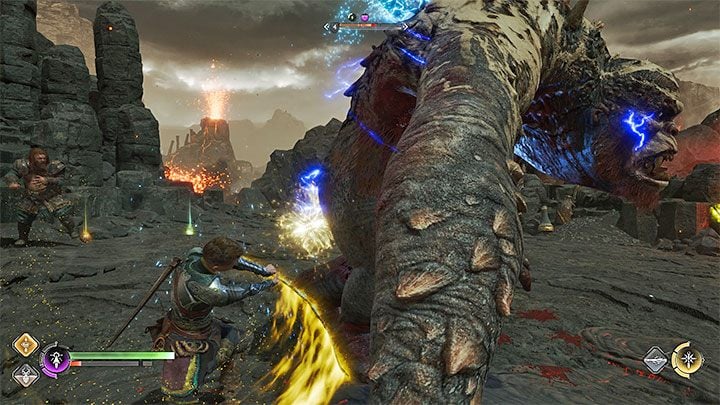 Another battle awaits and this time Thor will join the fight after some time. The battle may seem hard at first, but don't worry - you don't have to personally kill both large beasts. You can attack the monsters from a distance or in melee combat - take advantage of the fact that the large beasts are slow. If it gets crowded, use Spartan Rage and Atreus' special attacks. 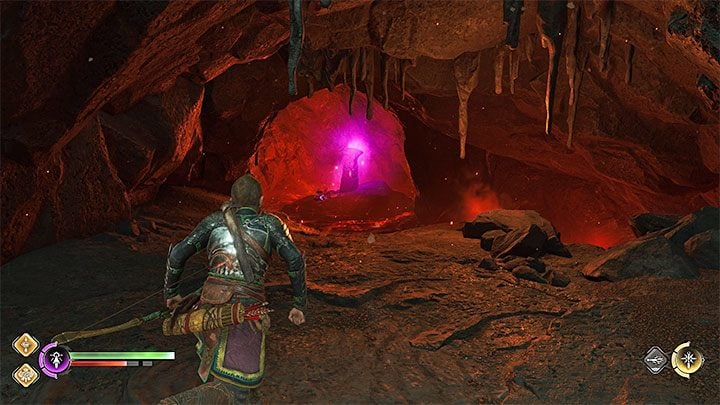 Once the battles are over, choose the marked pathway and start climbing - jump to nearby ledges. Deal with Wisps you encounter (use special arrows to stun them) and make sure to destroy the nearby totems (example in the picture - you are free to use any attack you see fit).

After the area is clear, activate the shrine. Watch the cut-scene and get through the portal to get back to Muspelheim.

Resume the search for the Mask Fragment 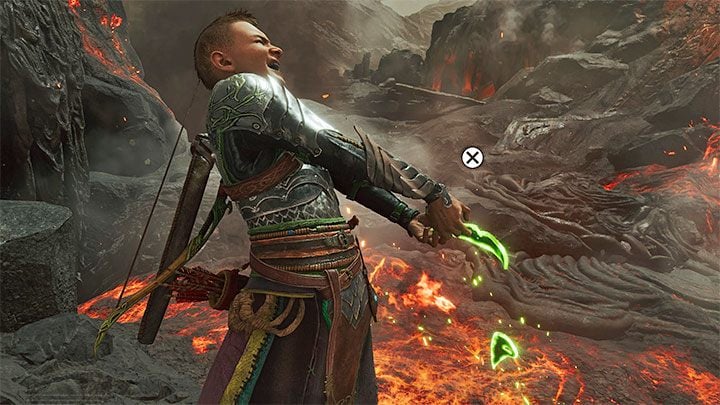 You'll return to the location where you've faced monsters earlier. Another battle sequence - as you defeat opponents, incoming ones will be more and more powerful. The battle is easier than it seems - Thor will come to the rescue.

Equip the mask and find the path forward - Thor will clear the rocks blocking the way. Use the mask to find the right way. Here you have to wrestle by pressing X in rapid succession - do it to assemble the mask from 2 fragments.

Go back to Atreus' quarters 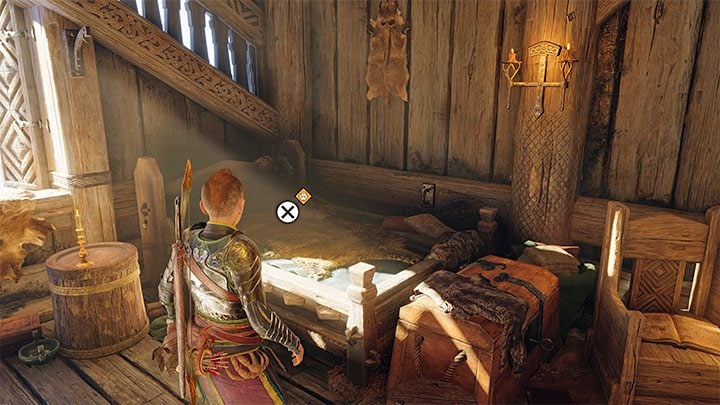 You're back to Asgard and meeting Odin. All that is left for you to do is to leave the Rift and reach Atreus' room in The Great Lodge. Approach the bed and interact to end the task. A new task will begin (Destiny) where you are back with Kratos.

Before you leave the Rift, you can optionally explore a previously unavailable location - there is a large chest there for you to loot.