During The Word of Fate main quest in God of War Ragnarok, you must deal with the boss Frost Phantom. On this page of the guide, you can view the boss attacks, learn how to effectively reach and deal damage to the boss' core, and how to sabotage totems in the arena in order to deal with the flying opponent. 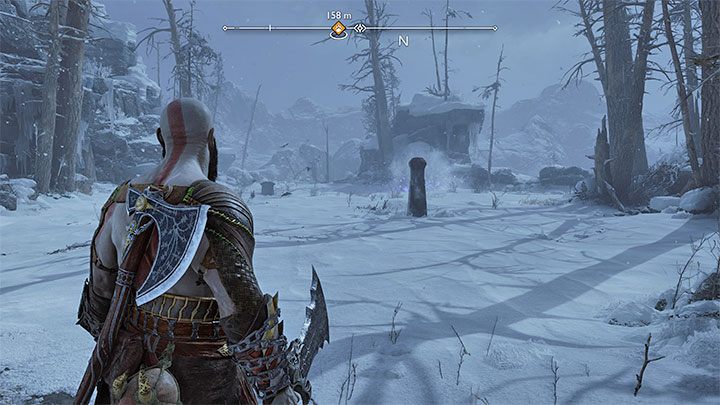 The Frost Phantom is a boss encountered in Midgard. The battle with his opponent takes place during The Word of Fate main quest.

Along the way to the Well of Urd, Kratos and Freya will reach a larger arena (screenshot above). The Frost Phantom itself is burrowed underground but will emerge once the heroes enter the arena. 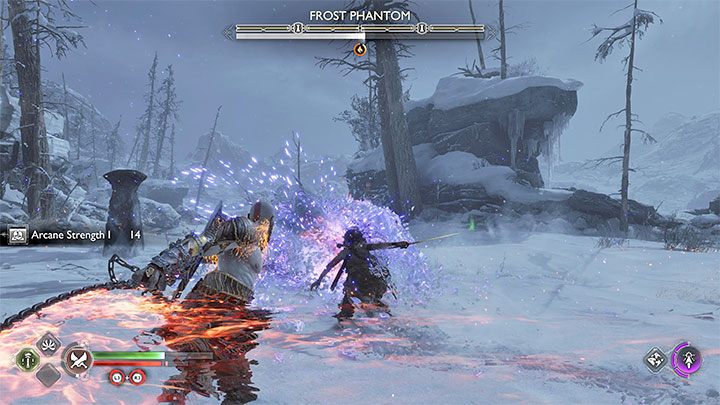 Your have to attack the phantom's glowing core. The best weapon for this task are Blades of Chaos, which perform well on medium distances.

You can also command Freya to deal attacks of her own. They are not that powerful, but will help you weaken the boss. 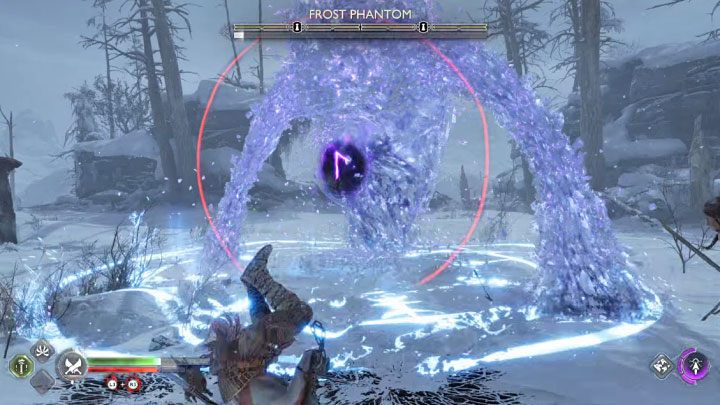 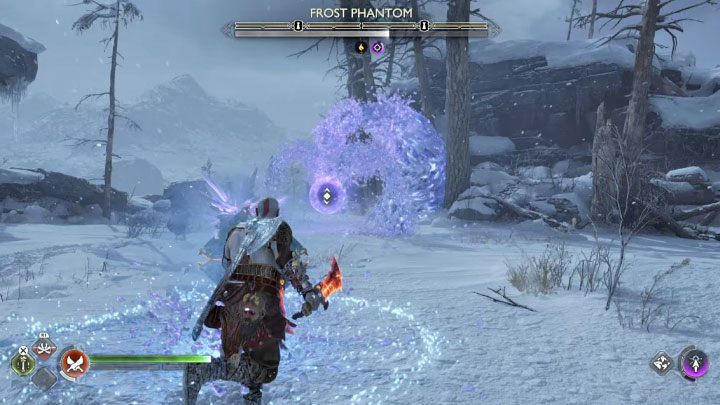 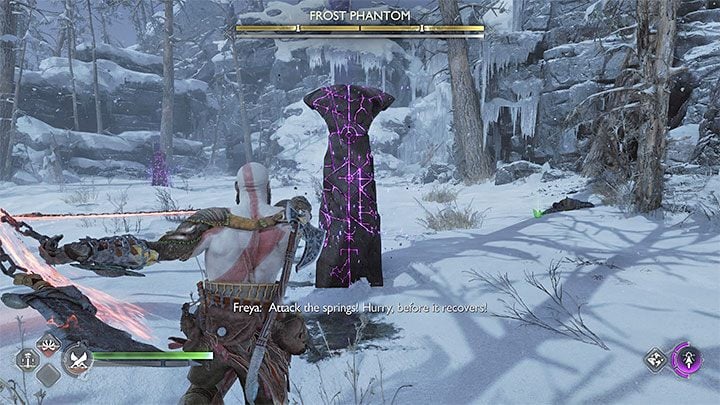 You need to continue your attacks until a white bar is filled so that the beast is stunned. Once the boss is stunned, attack one of the 2 totems found in the arena (an exemplary totem is shown in the screenshot) Destroy it before the boss is back attacking. 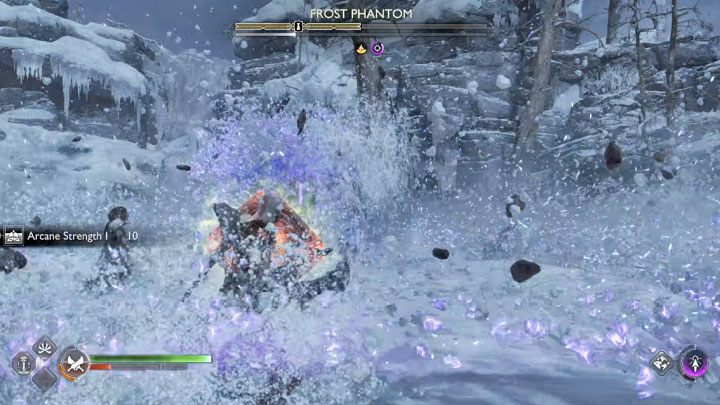 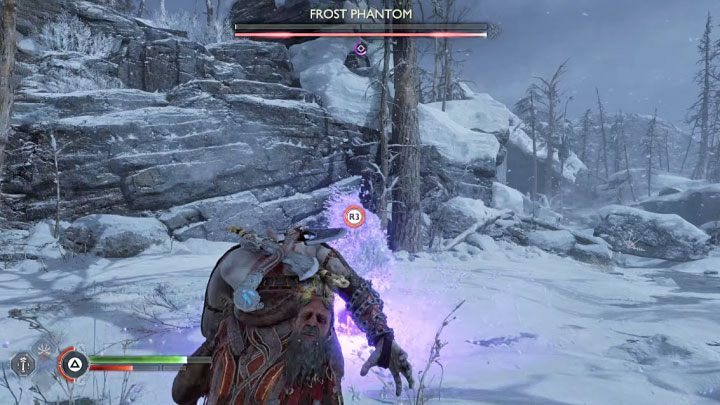 To win, repeat the same actions with the glowing core. Once the boss is stunned, destroy the second totem.

To finish up, run up to the stunned Phantom and press R3 to activate an execute scene (if the stun bar isn't filled in full, hit him a few times so that is full).