Skills are an important part of God of War Ragnarok's combat. This page of our guide lists some of Kratos' best skills. We've prepared separate lists for the Leviathan Axe, the Blades of Chaos and the Draupnir Spear. We also explain how can the God of War acquire and upgrade skills.

On a separate page, Companions' skills and equipment, you'll learn how to upgrade other important characters.

Most important information about Kratos' skills 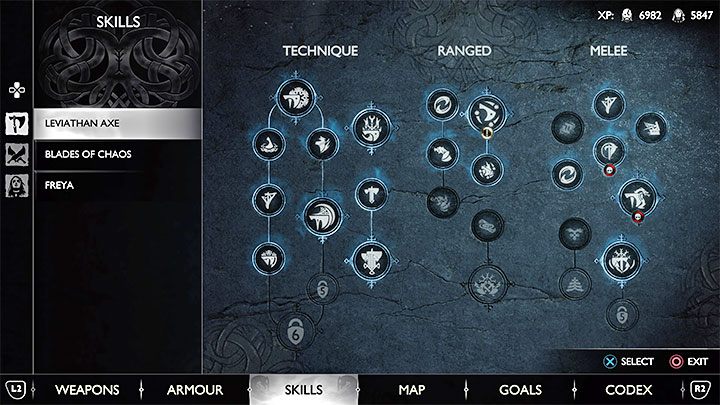 Each of Kratos' main weapons has its own separate skill tab. They're divided into several trees - early-game skills are located at the top, while the late-game ones are at the bottom.

Some skills are available immediately, that is, unlocked by obtaining the weapon. These include the weapon's basic attacks.

Other skills must be purchased with Kratos' XP. Early-game skills are cheap and can cost you around 500 XP. Late-game skills, on the other hand, are expensive, with their cost reaching up to 5,000 XP. You shouldn't spend all your XP only on skills. There are other things to unlock with them, such as Spartan Rage upgrades. We've covered this in more detail on the How to gather experience? page of the FAQ chapter. 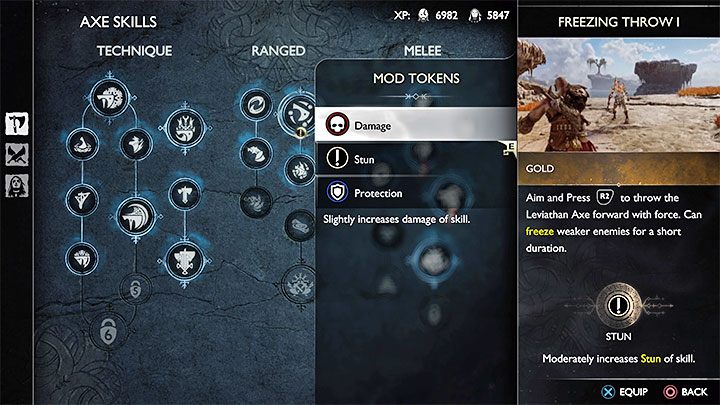 Some skills only become available after upgrading the weapon enough, for example, to level 5. You can upgrade the Leviathan Axe, the Blades of Chaos and the Draupnir Spear in shops, once you provide the dwarves with required crafting ingredients. You should acquire them by defeating elite enemies encountered throughout the game.

Skills are required for completing Skill Labours. These task you with using a specific skill in battle. Meeting the requirement awards you with Mod Tokens. These let you upgrade the skill by increasing its damage, stun power or defensive capabilities. The token must first be "purchased" with XP, though we do recommend doing so if you use the skill often, as it will make it even more handy.

Some skills can be disabled (highlight the skill and press Triangle) if you don't want to activate them on accident while inputting button combinations. If a skill doesn't interest you, don't buy it. There are plenty other uses for Kratos' XP. 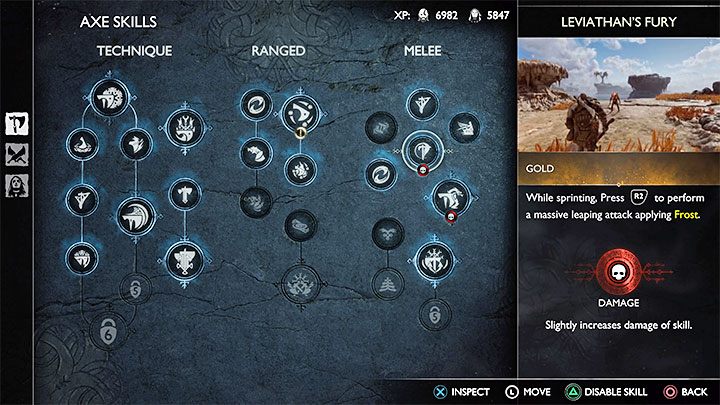 The following list contains our recommended skills for the Leviathan Axe, including those available from the very beginning of the game which don't need to be purchased. 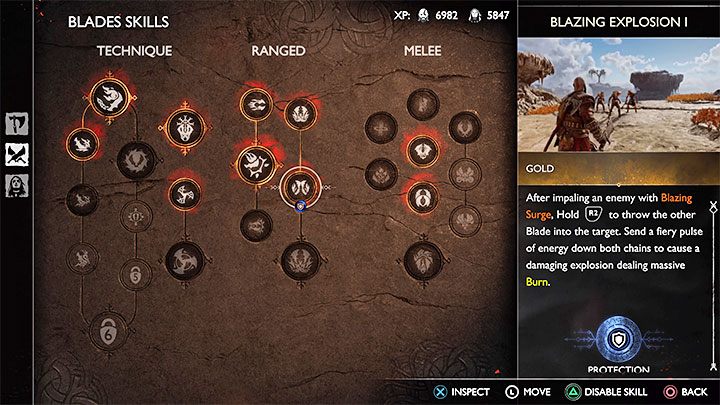 The following list contains our recommended skills for the Blades of Chaos, including those available from the moment you acquire the Blades which don't need to be purchased.

You'll acquire the spear relatively late in the game, with a large part of the campaign being played with only the two other weapons. We've explained how to obtain it on the How to unlock the spear? page in the FAQ section. 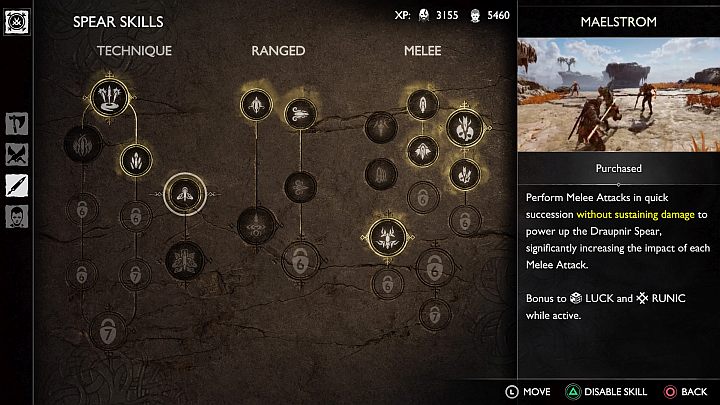 The following list contains our recommended skills for the Draupnir Spear, including those available from the moment you acquire the Spear which don't need to be purchased.