This page contains a walkthrough to the Death's Depthless Dominion quest in the game Pillars of Eternity 2 Deadfire - Beast of Winter. This is the final quest of the DLC expansion, in which you fight the Neriscyrlas (a dragon) and (optionally) the incarnation of Rymrgand. The quest starts when you enter the lair of Neriscyrlas in The Shattered Passage (M6,5).

Note - Before starting this quest, it is worth completing three other side quests: The Bridge Ablaze, The Endless Queries, and The Sunken Kingdom. You can start the final quest without completing those - that is, immediately after arriving at The Shattered Passage (M6) - but then you will permanently block the opportunity to complete other side quests. In addition, at the end of each of these quests, you can ask the rescued soul for help in fighting Neriscyrlas, which involves bonuses during the battle (such as receiving bonus damage). 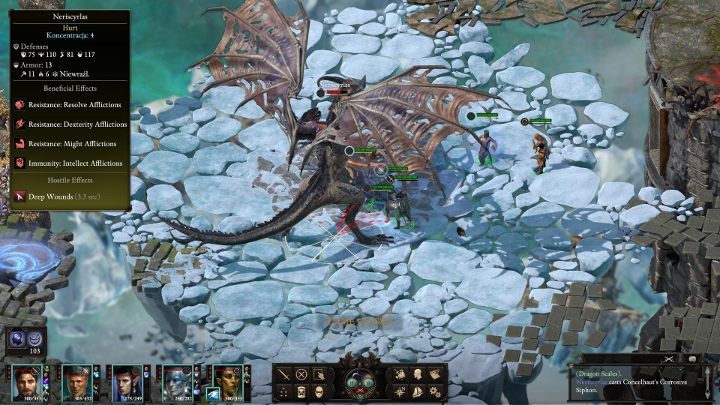 The fight against Neriscyrlas starts shortly after entering the location, so it's worth preparing for the battle first. Use the best equipment, have different types of potions, elixirs and magical scrolls, and above all complete every side quest mentioned at the beginning of this section's description. Thanks to that, after entering the location you will see your allies - just join them and get bonuses that're very helpful in combat (e.g. temporary damage bonus to dragons).

Direct the most resilient characters of your team to the direct battle with Neriscyrlas, and keep the weaker heroes at the longest possible distance. Make sure if the dragon is preparing to use its abilities - they deal a lot of damage, so try to quickly cast defensive spells on your characters to reduce any losses.

After defeating Neriscyrlas, a short scripted interaction scene will start, in which you will get an artifact called Neriscyrlas' Hope. Then you will be thrown to The White Void. 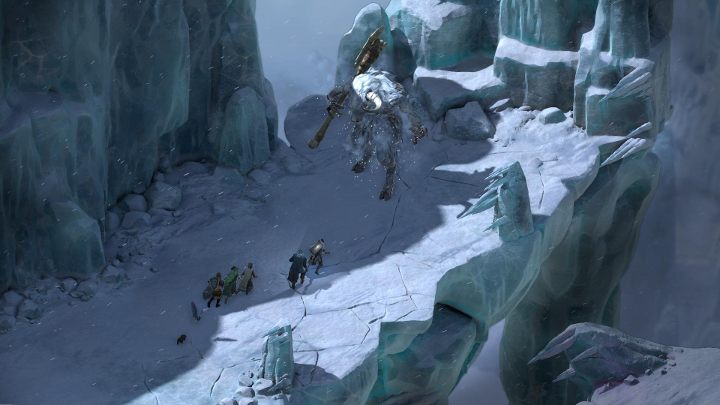 Your goal is to find a way out of The White Void. At the beginning you will be caught by a Wandering Soul. After a short conversation, go to the upper left corner of the map, according to the available path.

You will soon meet the Beast of Winter, the incarnation of Rymrgand. The conversation will start automatically - you have to decide how you want to get out of this place:

Regardless of your decision, in the end you will still be talking to Rymrgand in the scripted interaction scene. 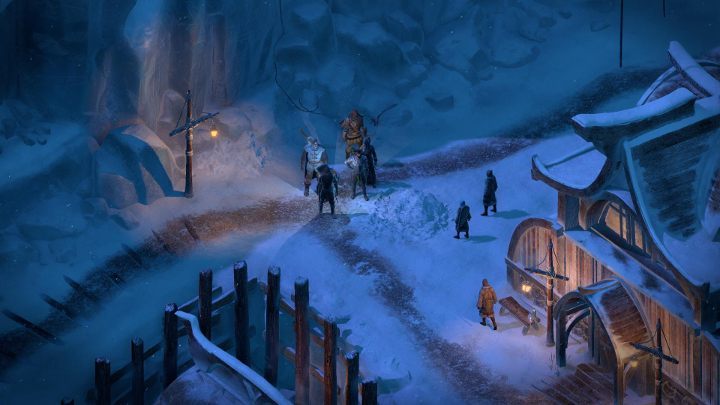 After the scripted interaction scene, you will be freed from The White Void. You can now return to Harbinger's Watch (M1). When you return, you will automatically start talking to the villagers - they will start asking you about the events you have witnessed. After a short conversation, you will complete Death's Depthless Dominion and thus bring the story Beast of Winter DLC to an end.