This page describes the main quest in the game Pillars of Eternity 2 Deadfire - Beast of Winter called To Rise and Decline. This is a short mission that you will receive from Vatnir (M3,4) after completing An Honored Guest quest.

Obtaining the Eye of Rymrgand 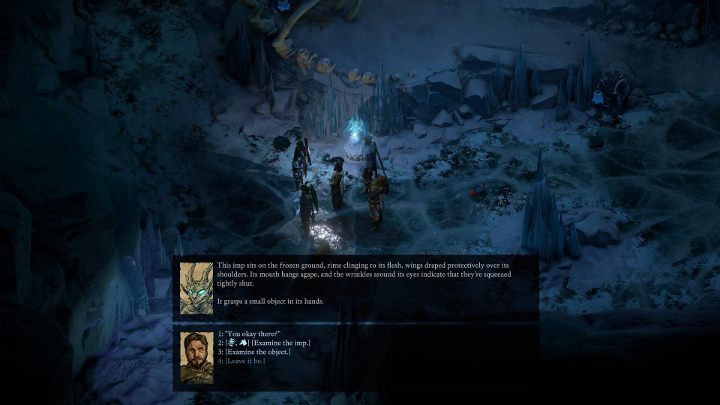 The main goal of the mission is to get to Vytmadh, but in order to do this you first need to get an artifact called The Eye of Rymrgand - the object is owned by an imp in the Eastern Cave of The Rimebound Temple (M5,11).

When you reach this point, activate the statue of the imp and try to receive the artifact by using the dialog options. The goblin will wake up and The Eye of Rymrgand can be won in three ways:

Entrance to Vytmadh and quest finale 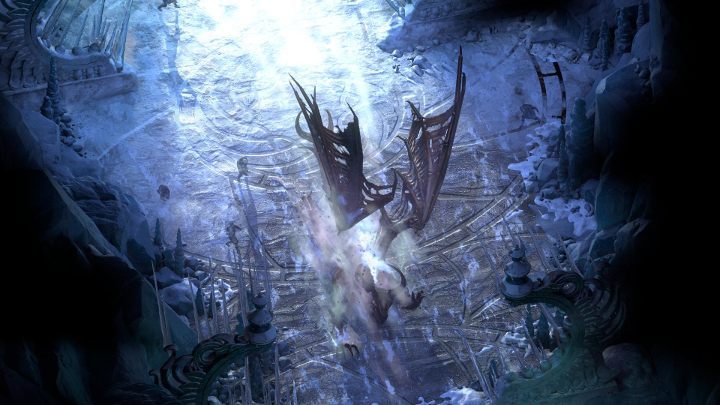 Regardless of how you get the artifact, you can already go to Vytmadh. To do this, go to the Temple of Decline. The entrance to this place is located in the center of The Rimebound Temple (M5). Temple of Decline is a small location where you won't find any opponents or items - you'll only see a short scene of a dragon being pulled into the Vytmadh.

Then click on the portal to which the dragon has been pulled in. You will see a paragraph scene where you can talk to Rymrgand. After the conversation, you can finally enter the void world - remember that without The Eye of Rymrgand it would have been impossible. You will find yourself in a location called The Shattered Passage (M6) and The Rise and Decline quest will be completed.