The following chapter breaks down The Higher-Ups quest from Pillars of Eternity 2 Deadfire - Beast of Winter. This is a quick and simple mission, and it yields a round sum of gold.

The beginning of the quest 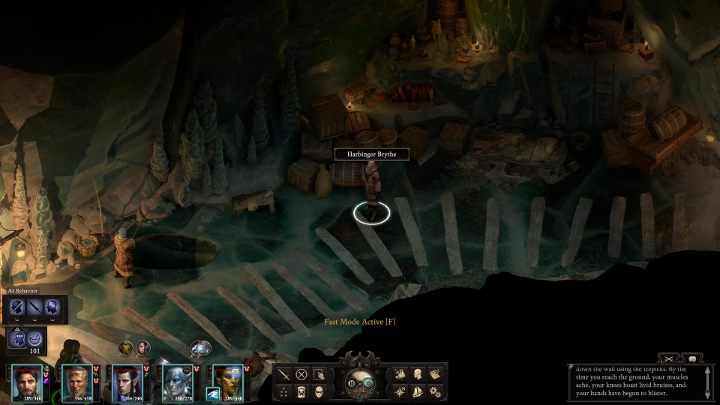 The quest can be taken from Harbinger Brythe - she's in Harbinger's Dwelling (M2). After entering the building, the character will call your team - a quick conversation will allow you to begin the quest. It will turn out that the village has problems with pilgrims camping in the Outcrop on High (M4). 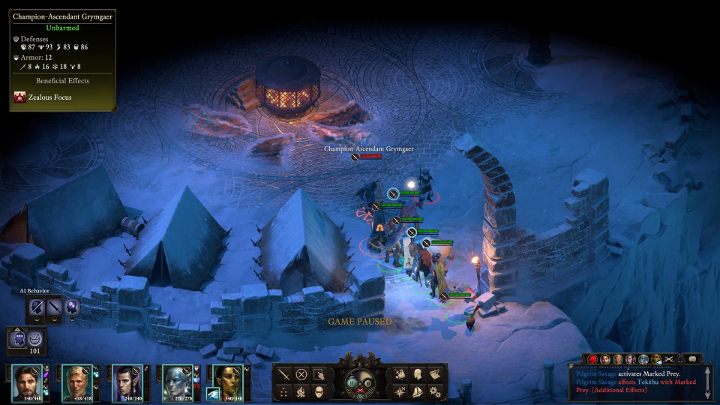 In order to get to Outcrop on High (M4), you have to complete the An Honored Guest quest - the walkthrough can be found in this guide as well. After completing the mission, you will get Vatnir's Icepicks, which will let you climb the ice rock in Harbinger's Watch (M1).

After reaching the location, go straight Ahead and you will soon encounter a group of scout pilgrims. They will attack, but you shouldn't have problems defeating them - no advanced tactics needed. After the fight, look around the location - the chests and boxes contain some valuables. Don't forget to search the fallen enemies. 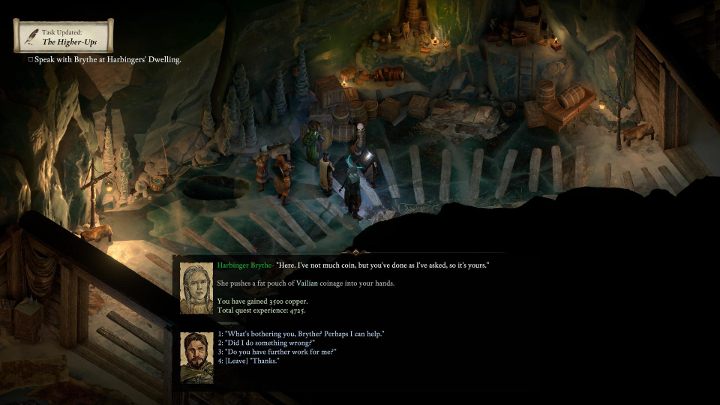 After getting rid of the pilgrims, you should go back to Harbinger Brythe - she will give you 3500 gold pieces. Continue the conversation with Brythe in order to get another quest - The Last Pilgrimage, which requires finding Ehrys in The Rimebound Temple (M5).