The following section describes the first quest from the DLC Beast of Winter in Pillars of Eternity 2 Deadfire - An Honored Guest. This is a short, introductory quest.

How to start the quest? 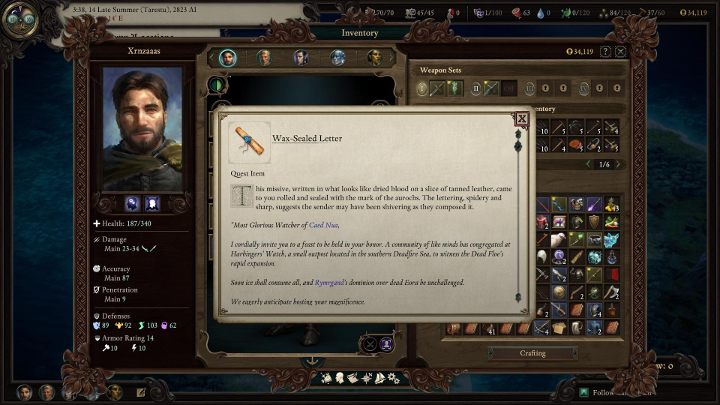 This quest should be triggered automatically after loading the save game before completing the main quest line - you will get a letter; reading it triggers the quest. If that doesn't happen, go to the nearest city, enter it, and go to your ship.

After reading the letter, you need to go to Harbinger's Watch (M1). This is a new location. It lies in the bottom-right corner of the world map. After getting the quest, the location will be uncovered on the map, so finding it won't be a problem. 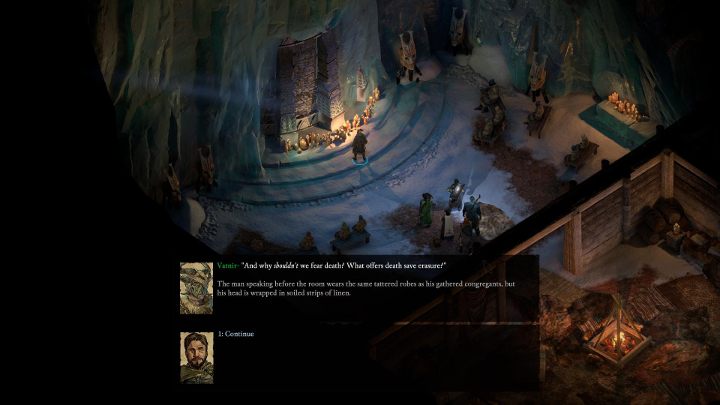 After reaching Harbinger's Watch (M1), you need to get to Vatnir, i.e. the village's main herald. He's in Harbinger's Retreat (M3,3). After approaching Vatnir, The conversation will start automatically and you will be able to hear a short sermon. The ceremony will be interrupted by noises from the outside. Everyone will run out of the building, and so should you. 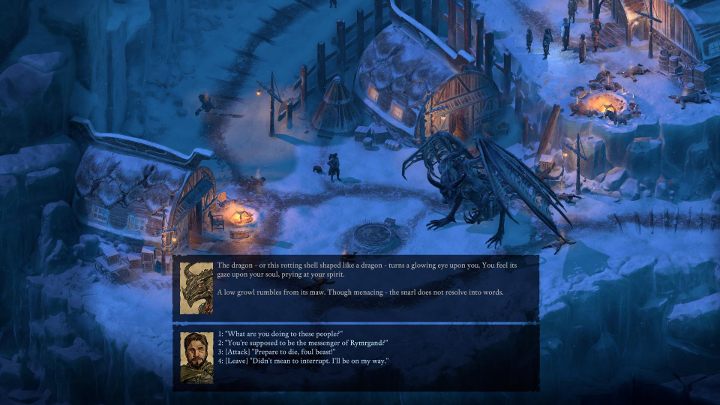 The reason for the noise is the appearance of a dragon - The Messenger. Talk to it first, but you will need to fight regardless of what is said during the conversation. The Messenger isn't particularly dangerous because it fights alone and lacks significant special skills or behaviors. The only help the dragon gets are resurrected heralds, called Luminous Revenant, but they're really easy to kill. The characters, who are able to attacks from a distance should be placed on the elevated ground near the entrance to Harbinger's Retreat, and the rest should get close and deal damage. 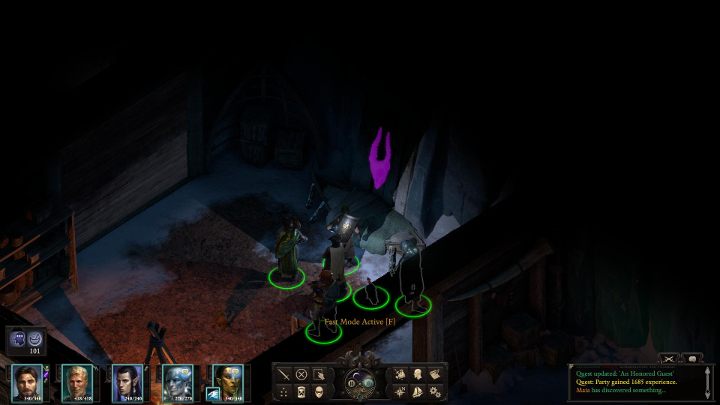 After killing The Messenger you will find that Vatnir disappeared - you have to look for him. He's nearby, in Harbinger's Retreat (M3), in the Secret Chamber (M3,4) to be exact. In order to get there, you have to interact with the skull hanging in Vatnir's Room (M3,2). Clicking the skull will trigger a dialogue window. Chose one of the option to open the secret passage.

In the next room, you will find Vatnir - talk to him. During the conversation, you will get Vatnir's Icepicks, which will make reaching Outcrop on High (M4) easier. You also have to choose whether to kill Vatnir or spare him. If you spare him, you will be able to recruit him - the classes available for him are Priest, Celebrant (Priest + Chanter) or Zealot (Priest + Rogue).

Should you decide to kill Vatnir, you will later have to convince Harbinger Hafjorn, that it wasn't you. Otherwise, everyone in the village will attack you, and you will lose the opportunity to complete a few missions. You can convince Hafjorn with either of the two unique dialogue options - the first one requires 16 Religion, and the other 18 Intimidation.

Regardless, Hafjorn will become the new main herald, and you will have finished the mission An Honored Guest. You will also get another quest - To Rise and Decline.

Note - you should also search the Secret Chamber in order to take the Stone Relic from a hidden chest. It will be useful later on, during the To Rise and Decline.