This page contains information on the main endings in Pillars of Eternity 2 Deadfire, that is those that can be unlocked after the meeting with Eothas in Ukaizo. Besides the basic ending variants, there are also numerous variants with small changes that depend on, e.g. which faction you chose or what were your decisions in the previous quests. 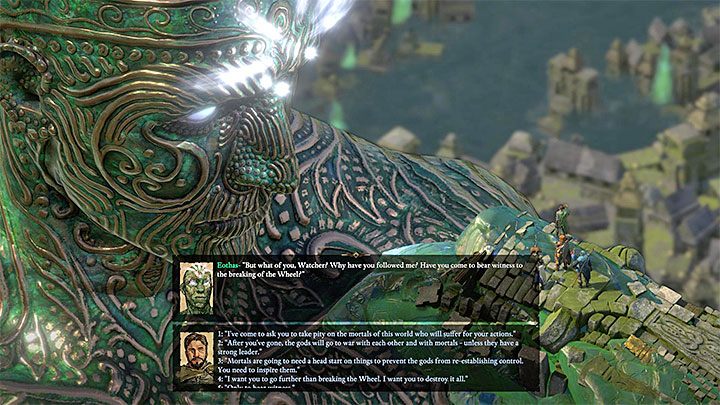 Go through the passage to Moi Gweath (M45,7) but remember to save the game before you do that. This allows you to watch your ending. A conversation with Eothas starts automatically. The picture above shows the most important part. These dialog options are tied to various main endings. Here are your main variants: 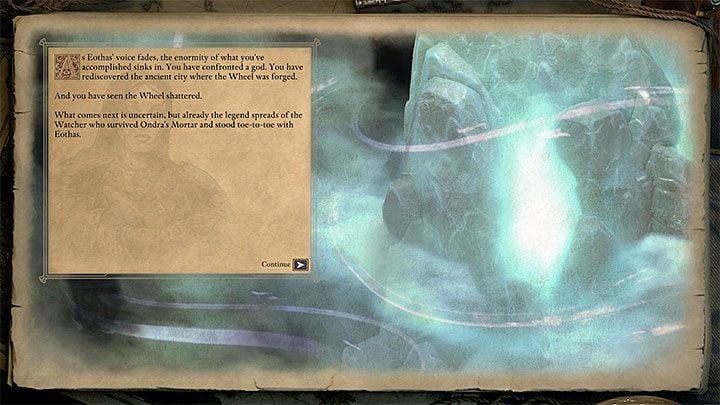 After choosing one of the "good" endings, you will also see summaries of how you have changed the world. You can learn about the following things:

A "bad" ending only informs you about events that have happened on Ukaizo right after completing The City Lost to Time quest.