Cooperation with Vailian Trading Company is one of the methods of reaching Ukaizo, as part of The Coming Storm quest in Pillars of Eternity 2 Deadfire game. Deciding to side with this faction will prevent you from completing the last quests for the remaining three factions. What is more, The Watcher can become an enemy of the remaining factions and you might even lose Mai, who can permanently leave the team.

Before you can unlock the last two quests for the Vailian Trading Company and "get involved" with this faction, you need complete previous quests of it as well. The following quests need to be taken care of:

Note - for the sake of unlocking the final quests of the Vailian Trading Company, you do not need to complete the tasks from the Bounty group. Those are entirely optional.

Final quest 1 - A Vote of No Confidence 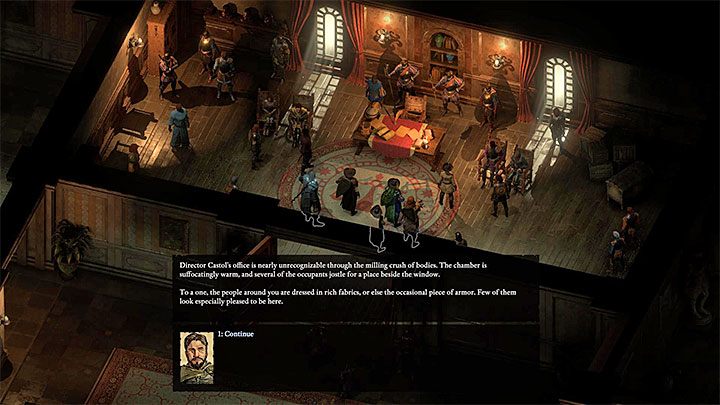 After completing the Skipping Ahead quest, as well as the remaining ones from the above list, meet with Lueva Alvari in the Vailian Trading Company Headquarters, in Queen Bert district in Nekatace (M18,4). During the conversation you will learn that she plans on depriving Director Castol of his position. You must take part in an interrogation by the shareholders, which takes part in the Director's office (M18,7). You can move there immediately or only when you are ready. The event can have two main endings:

In both cases you will unlock a new final quest, Sabotage at the Brass Citadel.

If Maia is travelling with the team, she will decide to leave the team, regardless of your choices, as allying with the Vailian Trading Company is against her views. You cannot prevent this from happening, but you can say goodbye to her in one of several ways. 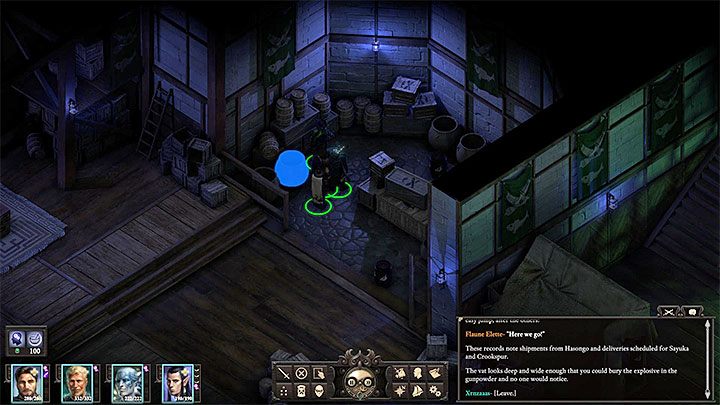 You will receive this Quest from Director Castol or Lueva Alvari (if she became the new director). The plan here is to infiltrate and place an explosive in the Royal Deadfire Company gunpowder area. Head back to The Sacred Stair and enter the Spire of the Soul-Seers (M14,4). Head to the roof and meet with Flaune Elette again. You will receive a Timed Explosive from her. Express your readiness in taking part in the next experiment. The team will be moved to the gunpowder area of The Brass Citadel.

During the infiltration of the gunpowder area you can, but you do not have to, use stealth. If you are detected, you will need to take part in a series of battles. If you, however, still want to avoid detection, move through the basement of the building slowly, observing the patrol routes of the guards and avoiding them whenever you have opportunity to do so. Your goal is the Powder Stockpile shown in the above screenshot, located to the west of the starting area. You can interact with the container and place there the explosive you have just acquired from Elette.

Important note - once you place the explosive in the container, an "invisible" timer will start. You must retreat from the building before the gunpowder storage explodes - otherwise your entire team will die. 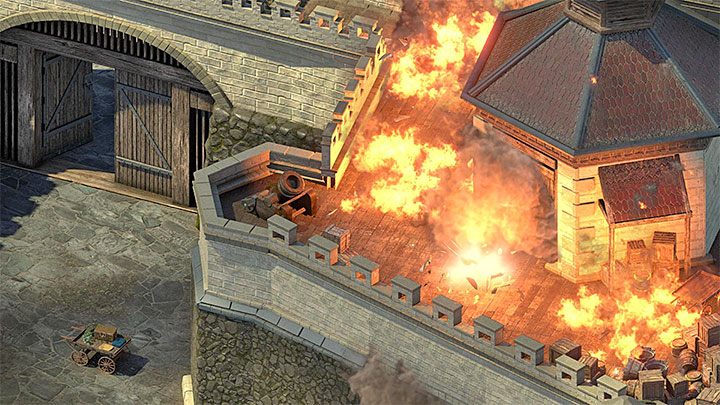 Head back to the starting location. A guard patrol should appear here and if you murdered people in the basement, an alarm will be sounded. You can initiate the encounter (but keep in mind that the bomb timer is still on) or head directly to the northern stairs, leading to the higher level of the area. 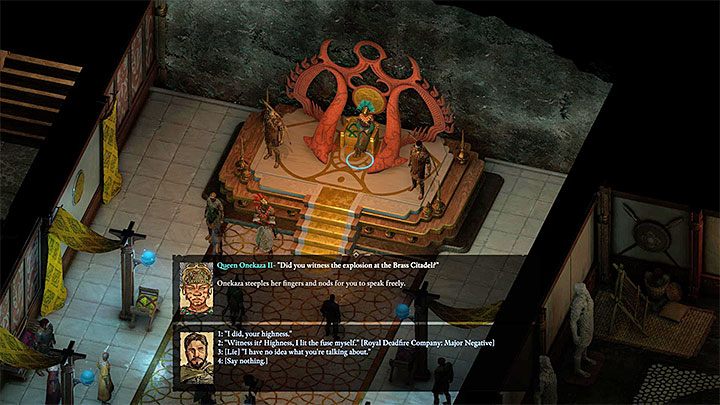 Head back to the Vailian Trade Company Headquarters. Once inside, Olesca Sarasco will stop you and you will learn about the meeting with the queen. Now head to the Kahanga Palace. Meeting with Queen Onekaza II and other characters gathered in the room (Hazanui Karu among them) can progress in several ways:

If the visit to the palace ended in accordance to the Vailian Trade Company's plan, you can get back to Director Castol / Lueva Alvari to get your reward. You will receive 5,000 gold and you can discuss the details of the trip to Ukaizo. 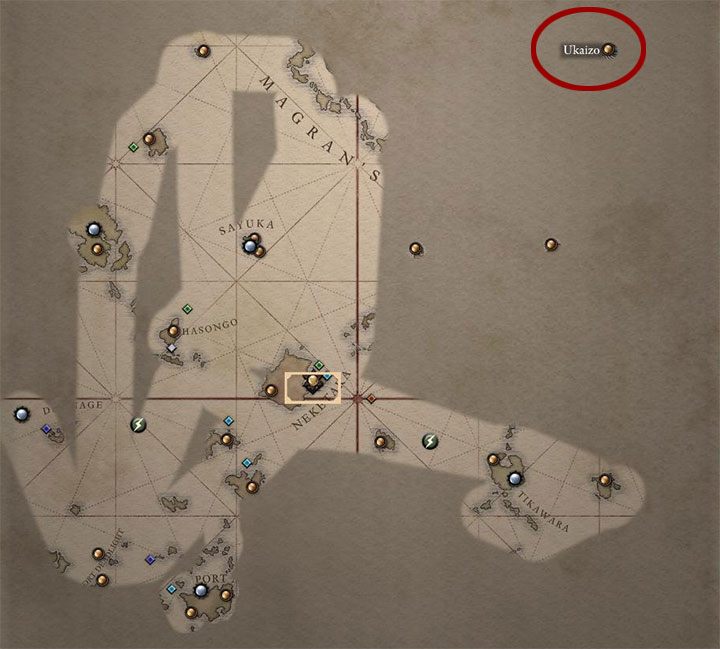 The game adds the location of Ukaizo to the world map. The location can be found in the south-eastern corner of the map, to the east of Ashen Maw - it can be seen in the above screenshot.

On your journey to Ukaizo, a number of paragraph scenes associated with meeting with the Vailian Trade Company fleet and swimming through the storm might initiate: