On this page you will find walkthrough for side quests of Pillars of Eternity 2: Deadfire, which you can start during your stay on the Ori o Koiki island. It's a good idea to get involved in these quests, because you can gain a lot of experience, various prizes and improve your relationship with the Huan faction (you can in turn become a deadly enemy for the slavers).

How to unlock: Talk to chieftain Ruasare in the throne room (M38,7) 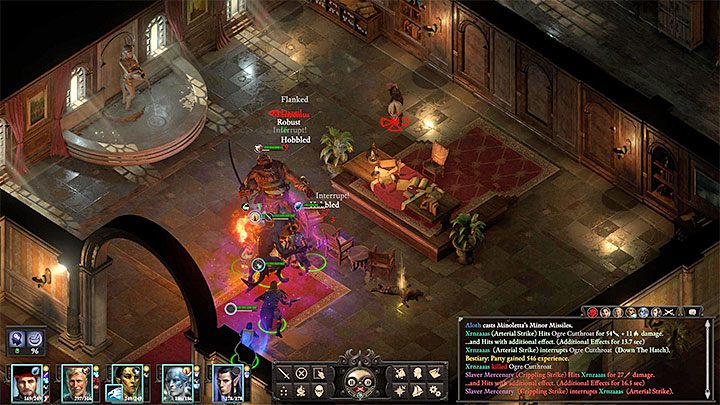 You can get to the meet Ruasare, for example, by completing the following quests: Fruitful Alliance (M25), A Shrewd Proposition (M36), and The Tip of the Spear (M37). The leader of the Wahaki tribe wants to stop the slavers and save the people they are holding prisoner. You must therefore visit the Crookspur Island. Possible actions are featured on the page with the walkthrough of the quest A Shrewd Proposition and on the page featuring map M37, here is a short reminder:

After taking care of Master Kua and releasing the prisoners, return to chieftain Ruasare. In addition to thanking you, she'll give a promise to ally her tribe with Queen Onekaza.