This page contains our walkthrough for Eder's personal quest - this character is one of the potential companions in Pillars of Eternity 2 Deadfire. This is a longer quest and it requires you to visit a few places located far from each other. Your starting objective is to find a woman from Eder's past. In the later part, you will have to find another person. Complete this quest to understand Eder better and to improve your relationship with him.

Unlocking the quest and locating Elafa 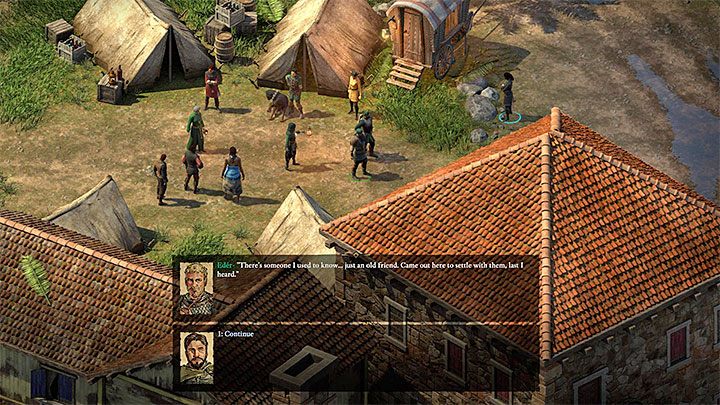 This quest should appear in your journal after encountering a member of Children of the Dawnstars (Eder must be in your party). Members of that organization can be found, e.g. in Port Maje Harbor on Maje Island (M3,3) and in The Temple of Gaun (M14,7). Speak with Eder to learn that he wants to find Elafa, his old friend.

You can ask, e.g. Waenglith in Port Maje Harbor (M3,2). She sends the party to Nordagand in The Temple of Gaun (M14,7). Speak with the old lady to receive another lead - Elafa and her son live on Hasongo island. 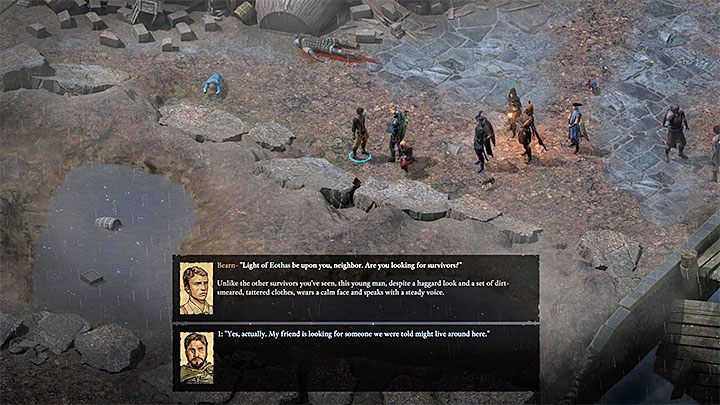 The best moment to visit Hasongo Island is during A Distant Light main quest. Get rid of Coral Nagas and solve the problem with the lighthouse first before you speak with the locals.

Go back to the starting place (M26,17) after you complete A Distant Light. Find Bearn near the giant Eothas' footprint. You learn that the man is Eder's son. Bearn tells you about Parisians of the Lighted Path. Go back to Neketaka.

Find the Partisans of the Lighted Path 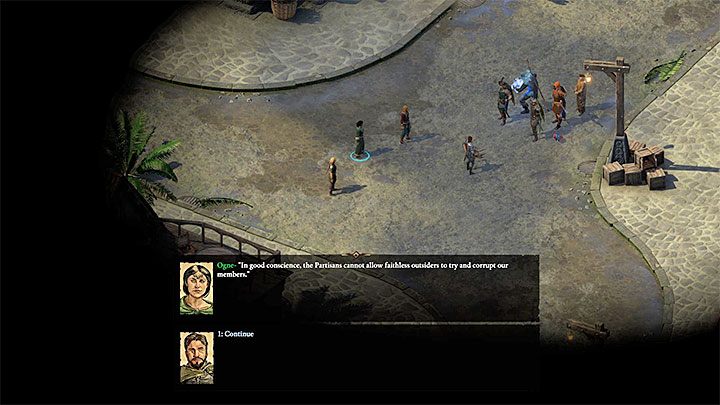 Reach The Temple of Gaun in The Sacred Stair (M14,7) and meet with Ogne. You learn more about the Partisans. This meeting can end in two ways:

Regardless of how you solved this part, you must head to Queen's Berth and then go to the port (M11,1). You learn that the ship has already sailed out. 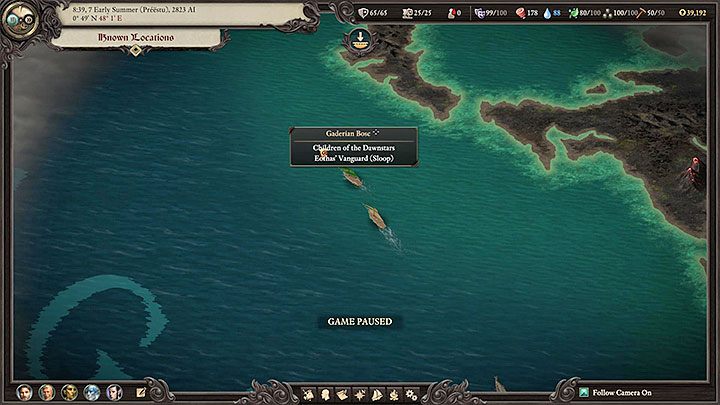 Board your ship and chase the Partisans. Sail north, towards Ashen Maw island which is tied to one of the main quests. Reach the island. Search for Gaderian Bosc's ship - the picture above shows it.

Get closer to the ship. Depending on your previous decisions you will be able to speak with the crew or you will have to attack them (watch out for wizards). 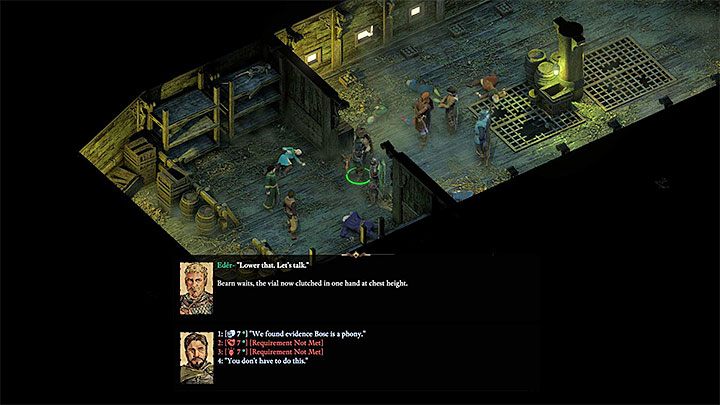 The final part of the quest offers a few important choices regarding Bearn's and Gaderian Bosc's fate. Your goal is to stop Bearn from committing suicide: