This page contains the codes/cheats/console commands for Pillars of Eternity 2 Deadfire. They will let you make the team immortal, get as much gold and XP as you wish, as well as unlock all nearby containers.

How to activate cheats? 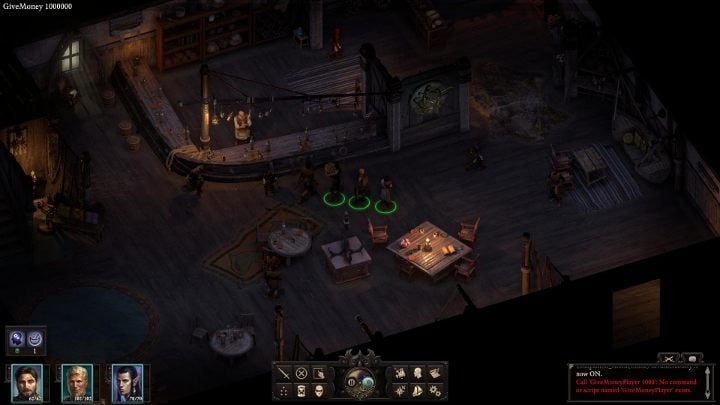 Use the tilde (~) to bring the console - it will appear at the top of the screen. Then write the following command: iroll20s. From now on, you'll be able to input cheats into the same console.

Attention! - If you decide to use the above command to activate cheats, you won't be able to get any achievements!!! This applies even if you don't actually use any of the cheats below!

The following list contains the cheat codes for the game with an explanation of how they work. Enter the following codes in the tilde-operated console (~):