This page contains walkthrough for A Distant Light main quest found in Pillars of Eternity 2 Deadfire. This quest starts automatically after participating in the audience with Queen Onekaza II in Kahanga Palace located on Neketaka island. Your goal is to reach Hasongo island - this is where Eothas was seen last time. Try to gain a few levels before you go there - exploring Hasongo may involve fighting with enemies. 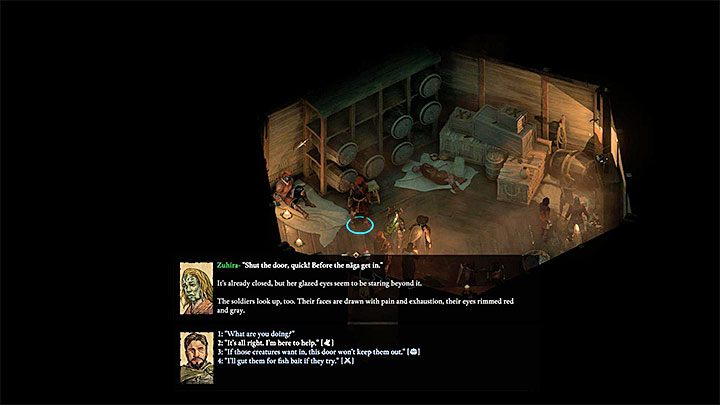 Exit the palace and leave Nekataka town. Sail north-west towards Hasongo island. Your party will arrive at port town (M26,1).

During the exploration your party will be regularly attacked by Coral Nagas. They are serpent-like creatures but they are also sentient beings. Later, you will get a chance to speak with a few of them. Remember to protect your weaker party members during each fight with Naga Warriors and be ready to neutralize venom that can poison your companions.

Before you start exploring the harbour town for good, it is worth stopping at the tower landfill site (M26,2). There you can talk to Zuhira about the appearance of Eothas and how to get to the lighthouse (western end of the map - (M26,15). 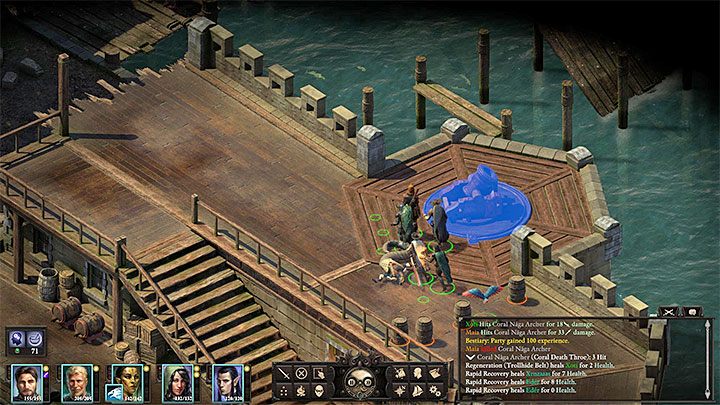 There are many trails leading to the lighthouse (we recommend to look at the M26 map page presenting Hasongo). One of the main problems is the group of Coral Nagas guarding the central part of the map (M26,5). You can attack them if the team is strong enough, but you can also bypass them or get interested in cannon in the section (M26,4) in the eastern part of the map (check above screenshot). Unfortunately, it does not allow you to shoot immediately. After the scripted interaction switches on you have to turn the gun (Might test or cooking fat from (M26,7)), aim it at your opponents (test of Mechanics) and load in the explosive bullet gained in the workshop (M26,12).

One of the alternative routes leads through a partially flooded crossing in the northern part of the map (M26,9). There, you need to be careful with a shaman, who can use a totem to summon new monsters to the battlefield. It is worth to quickly destroy the totem and give the highest priority to murder the shaman. 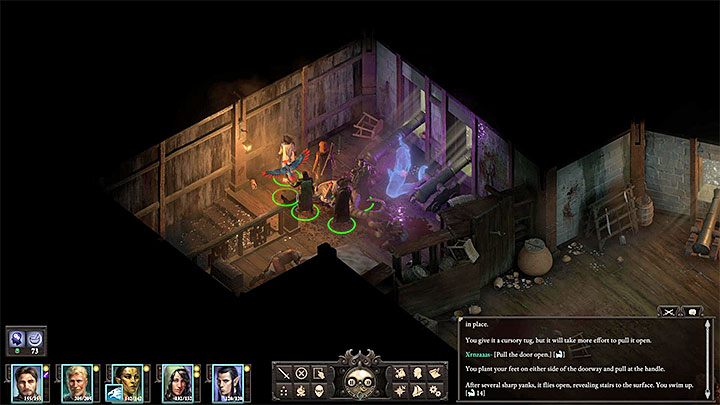 No matter what path you choose to travel to the lighthouse, it is worth taking one optional step before you get to it. Start by getting to the kitchen (M26,7) and when you enter it, take an interest in the flooded corridor. Examining it will include a scripted interaction. Select the left corridor and after passing it use a Prybar or pass the Might test (choose the strongest character from the team).

Using a flooded corridor will allow you to reach a small room in Cannon Ramparts (M26,3). This place is shown in the picture above and you will meet Soul of Yanass here. Talk to her. Ask the Soul about Sugaan, invite her to the team (absorption by the Watcher), look into your Soul and promise that you have plans to restore the adra column to working order. You will appreciate the benefits of selecting all these actions once you reach the lighthouse. 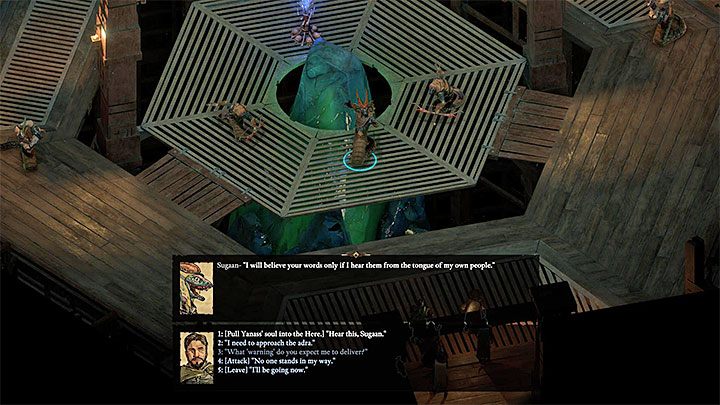 Ultimately, you need to reach the lower entrance door to the lighthouse (M26,15). When you move inside, you will be stopped by Sugaan and the accompanying Coral Nagas. This meeting can have two main: 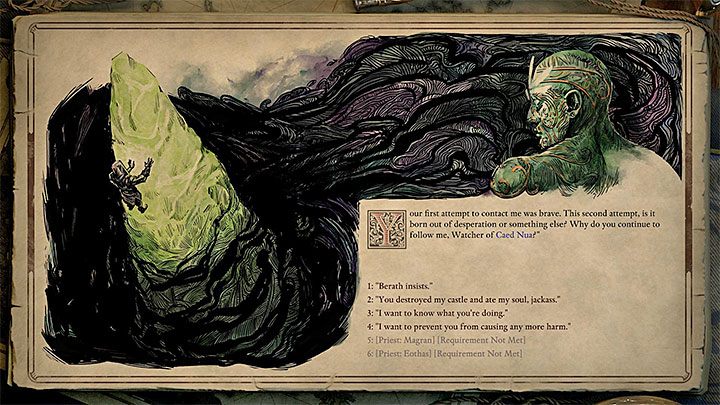 Regardless of the variant you choose, you must ultimately approach the adra column. This will trigger a new scripted interaction, during which you will have a conversation with Eothas. Its results are imposed from above, although during it you can choose unique dialog options for various priests, with high Intellect or high Metaphysics. From Eothas you will receive an "invitation" to meet him in Ashen Maw and a new main quest will start He Waits in Fire (don't hurry to join him because he has a much higher recommended level of team experience than the one described).

After the scripted interaction is over, a new scene may appear with the conversation if Sugaan is still alive. Only now, you may attack Coral Nagas or let them go (if Maia is travelling with you, she may not like this decision - solve the situation with the use of Diplomacy or take into account the worsening relationship with her). From Sugaan you can get a Strand of Favor (or take it after looting his corpse).