Combat is not all there is when it comes to Pillars of Eternity 2 Deadfire. You'll employ sneaking, and sometimes engage in theft - both actions are closely entwined. The section below contains information on following topics:

How to sneak and what are the advantages of sneaking? 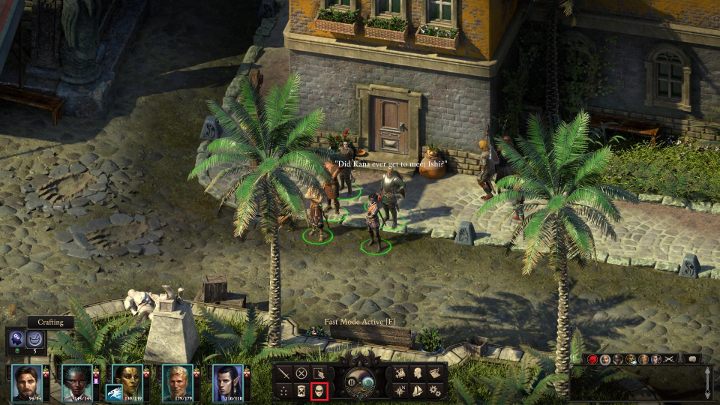 The marked icon enables you to activate the sneaking mode

Activating the sneaking mode is very easy - all you have to do is to press on the head icon found on the left side of the icon menu or press "Alt". Your whole party will begin to sneak.

What are the advantages of sneaking?

Activating the sneaking mode is just the beginning of a successful sneak. To get where you want or steal the sought item, one has to watch out for the hearing range and vision cones of the characters inside the room. 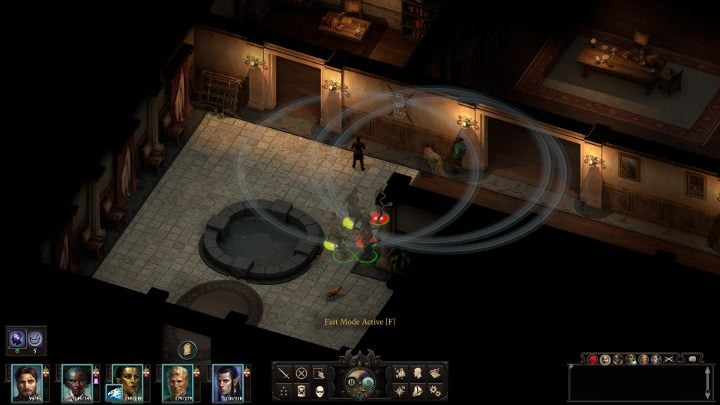 Look at the screen above. If you enter the sneaking mode, you'll see the hearing range of the nearby NPCs which is marked with a large, white circle.

If your character is detected, don't try to steal - your action won't fare well. 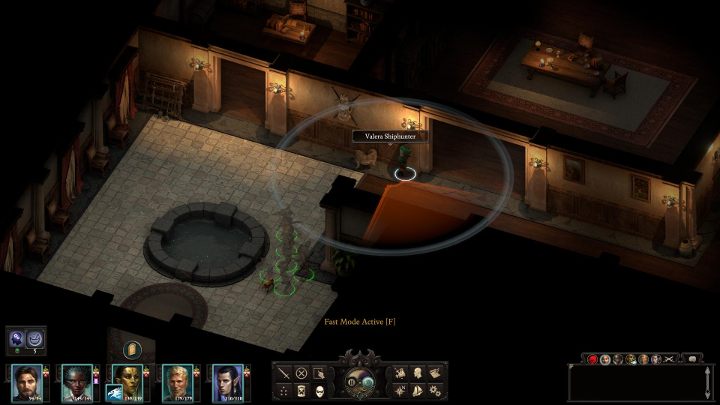 The vision cone is also important. If you enter the red area, you'll be detected instantly. The vision cone can be viewed by placing the cursor on the chosen character.

If you don't want to be detected, you need to completely avoid entering the vision cone and stay away from the hearing range. Moreover, consider developing Sneaking - points invested in the ability will enable you to stay undetected for longer periods of time. 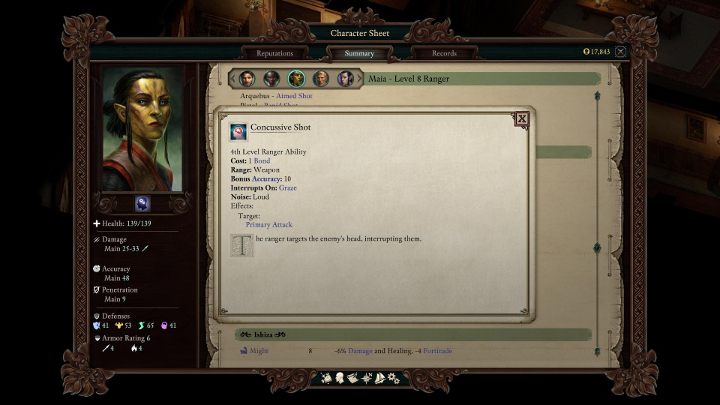 It should be mentioned that every used ability or a spell generates noise - some are louder and some are quiet. You can check the noise generated in the description of each ability.

Stealing employs two active abilities: Mechanics and Sleight of Hand (Sneaking is also a factor during an attempt to steal). 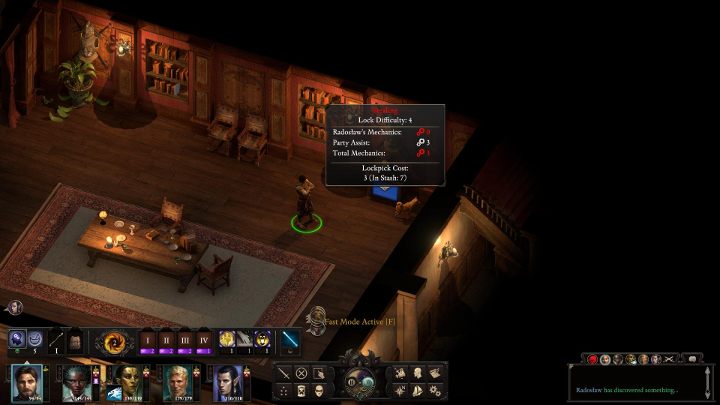 Mechanics enables you to open locked doors, chests, cupboards and other containers. Press on a locked door or a container to see the window shown in the screenshot above. You'll find following information:

The final count is very important - the game employs so-called joint rolls, so the abilities of your party are counted together, enabling you to open more complicated locks. Aside from that, you'll also see the "cost" of opening a lock using lockpicks - it may turn out that you won't be able to pick a lock regardless of the amount of lockpicks. In that case, all you can do is to level up Mechanics and return to the lock later.

Note - opening a container or even breaking its lock is not noticed by NPCs. You can view the contents of each container without being hassled - only taking an item is registered as theft (interestingly enough, you can read books or notes - NPCs will react only when you take the item.

For more, visit the FAQ section ("How to open doors and chests") 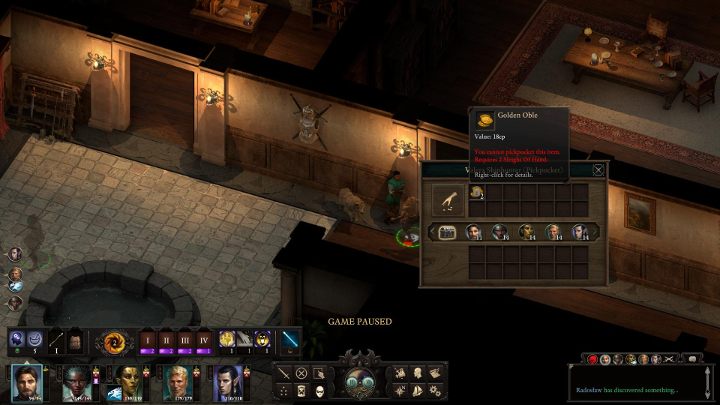 Pick-pocketing is more demanding. In case of pick-pocketing, you need to activate the sneaking mode and watch out for hearing range and vision cone of the NPC you are planning to steal from (If a character detects you, the pick-pocket window will simply be not activated). If you are successful, you'll see the window shown in the screenshot above that will allow you to view the items available for stealing. Unfortunately, if you've spent too few points on Sleight of Hand, you won't be able to take the items with you.

During a pick-pocket you can not only take the items, but you can leave something in the enemy's equipment. This may prove to be useful during some of the quests - the chance of success of the action is influenced by Sleight of Hand.