The conflict between Valera and Bardatto families is one of the more complex side stories in Pillars of Eternity 2: Deadfire that are available on Neketaka island. Below you can find all the related quests. Some of them are available right away while others require you to perform certain activities first. The conflict can be resolved in three ways - ally yourself with one of the families and murder the leader of the opposing group, eliminate both families (the worst variant) or convince Valera and Bardatto families to make peace (the most desirable variant).

Salt in the Wound

How to unlock: Speak with Nera Bardatto south from Bardatto estate in Queen's Berth (M11,9).

This quest "introduces" you to the conflict between Valera and Bardatto families. You have to complete it (in a way you seem fit) to unlock more quests. 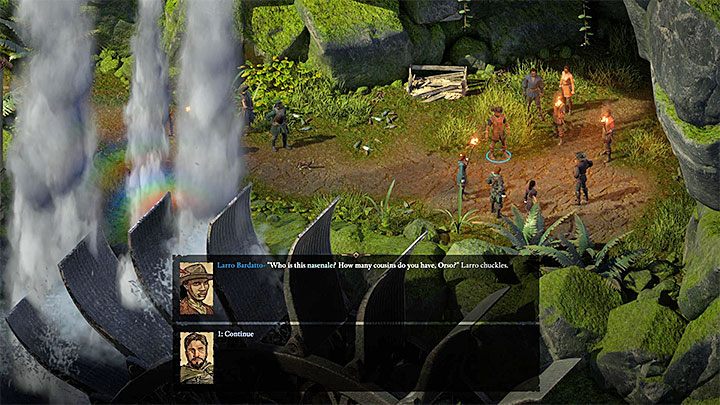 Nera Bardatto (she stands near the main street (M11,9)) tells you that she can't find her brother Larro. You can start searching for him right away or you can use Perception 10 to take a closer look at Nera and learn a little bit about the conflict with Valera family.

Reach the waterfall located in the north-east part of Queen's Berth (M11,10). There, you will find Larro Bardatto and Orso Valera. You also learn that they are about to have a duel. 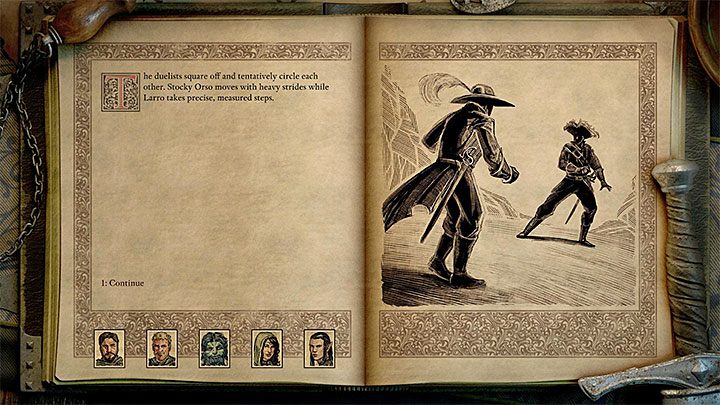 You can act in a few ways:

Choosing option 2 or 3 triggers a scripted interaction where you can learn how the fight went (the picture above). Here, you can also act in a few different ways:

Depending on your choices the duel can end in a few different ways:

Regardless of your choice, you will start the most important quest related to the conflict between Valera and Bardatto families called The Family Pride.

How to unlock: Automatically after completing Salt in the Wound (M11,10).

This is the most important quest related to the conflict between Valera and Bardatto families. During it you can meet with the leaders of both families and agree to help one of them to win this "war" or you can convince both sides to have peaceful negotiations. 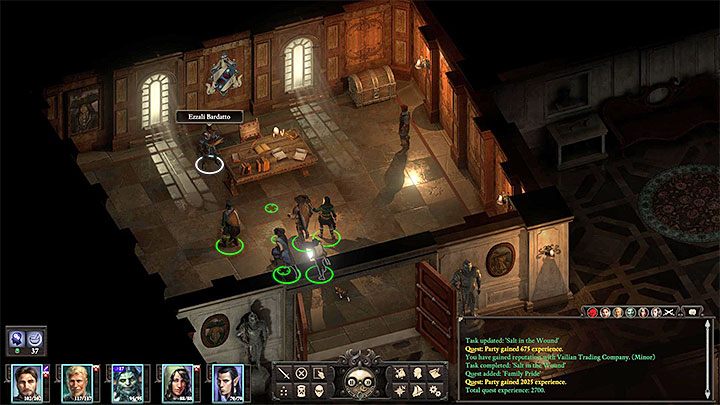 The most important person in Bardatto family is Ezzali Bardatto. You can find her inside of Bardatto estate in Queen's Berth (M11,9). Ezzali's initial attitude towards you can differ - this depends on whether Larro Bardatto died during the duel with Orso or he managed to stay alive.

You can talk about a peaceful solution to the conflict. You can also start A Sinking Feeling quest (the description can be found below) which revolves around Ezzali's suspicions. Starting this quest won't block you from completing The Family Pride quest by using the peaceful solution. However, things may become more complicated once you run a full investigation and give your report to Ezzali. More details can be found in Resolving the conflict in an aggressive way section. 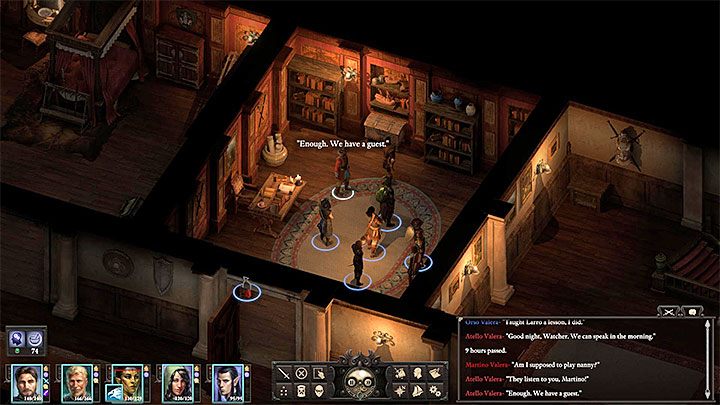 The most important people in Valera family are Atello Valera and Martino Valera. You can find them on the upper floor of Valera estate in Queen's Berth (M11,8). Their initial attitude towards you can differ - this depends on whether Orso Valera died during the duel with Larro or he managed to stay alive.

You can talk about a peaceful solution to the conflict. You can also start A Bigger Fish quest (the description can be found below) during which you have to eliminate a group of sailors. Complete it to gain Valera's trust.

Resolving the conflict in an aggressive way

Complete A Sinking Feeling quest if you want to end this war by eliminating one of the leaders of the two families. Your investigation allows you to determine that Valera family wants to break into Bardatto's vault. Go back to Ezzali Bardatto and show her evidence. After that you can agree to participate in an ambush and capture the thieves. This is the first dialog line presented in the picture above - choosing it is a point of no return. This means that you won't be able to convince the families to have peaceful negotiations anymore.

Note - Choose the last option if you want to stop the conflict. By doing that you can get rewards for completing A Sinking Feeling quest. This option also allows you to successfully complete this quest (more information in Resolving the conflict in a peaceful way section). 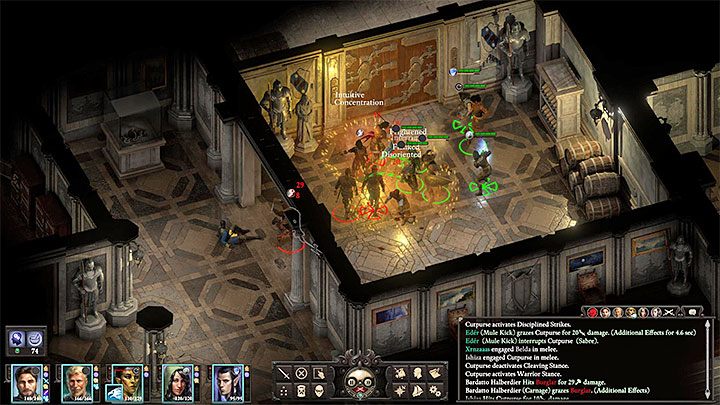 Follow the instructions by reaching the stairs (M17,3) that lead to Bardatto Vault, and meet with captain Vilami (M17,4). Confirm that you are ready. Your party is automatically moved to the room with huge doors that lead to the vault (M17,7).

Belda and a few thieves will appear in the vault. Attack them right away. Otherwise, captain Vilami can get shot and he won't participate in the fight. Besides Belda, you should also watch out for the enemy Rogue who can hide and perform a surprise attack. Defeat all enemies. Then, you have to speak with captain Vilami. 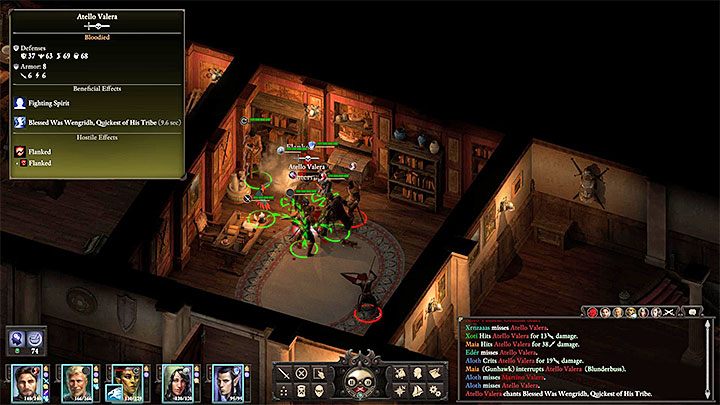 Go back to Ezzali Bardatto and tell her that you have defeated the thieves who wanted to rob the vault. You receive a lot of gold. You also get a proposition of assassinating Atello Valera. This quest can have one of the two endings.

Resolving the conflict in a peaceful way

You need to make a few preparations if you want to resolve the conflict by reaching a peaceful agreement:

Atello Valera should express his interest in ending the conflict and he will invite Ezzali to his estate. 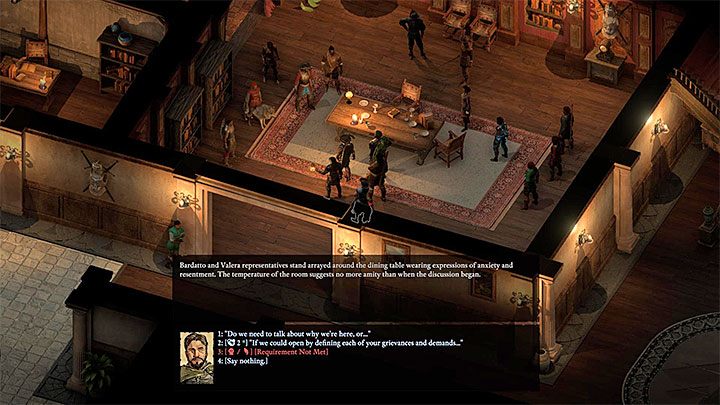 Go back to Ezzali Bardatto and inform her about the meeting. Join her as a mediator and a bodyguard. The action should automatically take you to Valera estate. Consider saving the game in case the negotiations don't end too well.

This quest can end in one of the three possible ways:

This is an additional quest from Bardatto family (you can get it after completing Salt in the Wound quest). This quest isn't mandatory to resolve the conflict. Be very careful during its final part (giving report to Ezzali) because you can block yourself from inviting both families to have negotiations. 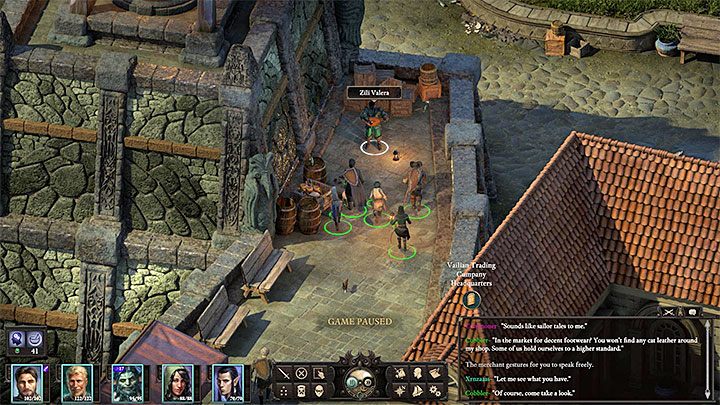 During your conversation with Ezzali Bardatto you can start this quest immediately or you can use Streetwise 4 and ask her to stand up for you within Vailian Trade Company (this improves your relation with that faction) in exchange for running an investigation.

The first step is to find Zili Valera - you can find him near the watchtower and Vailian Trade Company Headquarters located in the center of Queen's Berth (M11,15). Tell him that you are Ezzali's spy or lie to him. Gather information by choosing one of the standard dialog lines or by using Diplomacy 2 / Bluff 2 / Streetwise 2 / Intimidation 2. You learn about Persa's location. 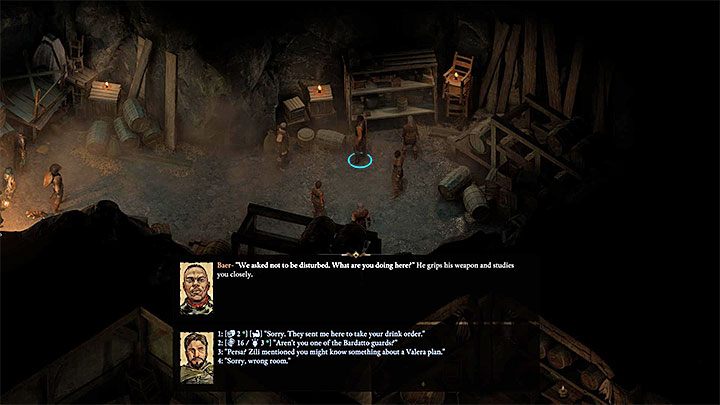 You now have to go to The Gutter. Reach The Hole's entrance (M12,7). Once inside, head to the storeroom in the back of the inn (M22,3). Persa is accompanied by Baer from Bardatto family.

Almost all dialog lines (including those with skill tests) lead to a fight with Baer and his men. The only alternative is to lie to him and leave the storeroom (you can go back here when you are better prepared or you can give Ezzali an incomplete report). 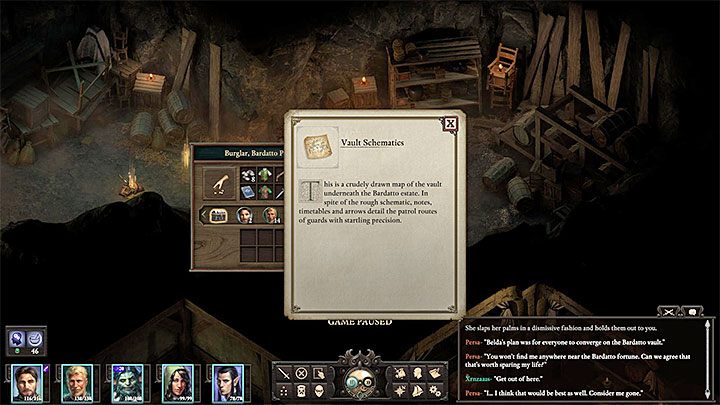 During a fight, you should focus on eliminating Baer and his priests as fast as possible. This fight shouldn't be difficult for a well-developed party. Loot enemy corpses. Among the things that you can find is, e.g. Bardatto vault schematic which can serve as evidence for a planned heist. Speak with Persa once Baer and his men are dead. You can either kill her, tell her to give you 450 gold and then order to run away or you can convince her to tell the truth by using unique dialog lines with Intimidation 2 / Bluff 2 / Streetwise 2. Interrogating Persa properly is also an important evidence in your investigation.

Go back to Ezzali Bardatto. Confirm her suspicions by telling her about:

You receive 1,500 gold and Bardatto Hull that can be used in upgrading your ship. Note - Choose the last dialog line if you want to resolve the conflict peacefully (don't agree with participating in the ambush). More information can be found in the description of The Family Pride quest.

How to unlock: Speak with Martino Valera in Valera estate in Queen's Berth (M11,8).

This is an additional quest from Valera family (you can get it after completing Salt in the Wound quest). This quest isn't mandatory to resolve the conflict but it can improve your relations with Valera family. 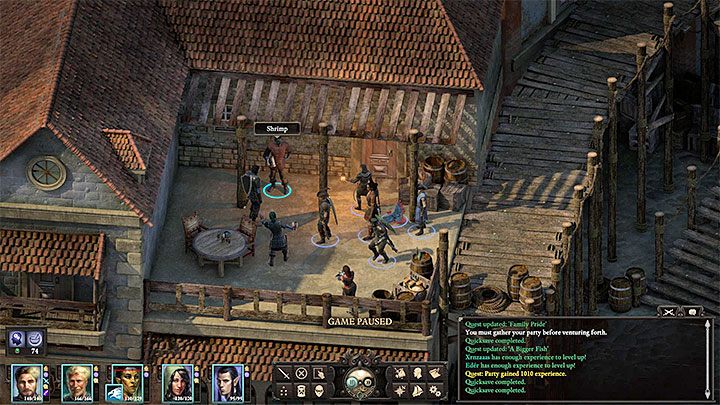 This quest can be received from Martino Valera. The goal is to chase away sailors who work for Royal Deadfire Company. Reach The Wild Mare in the south-east part of Queen's Berth (M11,19). Don't enter the building. Instead, you should reach the upper terrace - the sailors can be found in the place presented in the picture above.

Speak with Shrimp. This problem can be solved in a few ways:

Regardless of your choice, you can now go back to Martino Valera. Receive 1,000 gold and Valera Sails that can be installed on your ship.