The companions found in Pillars of Eternity 2 Deadfire are full-fledged members of your party - they have unique characters, views, dialogs, texts and they an even give you quests. Besides that, the companions create relationships with your character as well as between themselves. Theses are the characteristics that distinguish them from sidekicks - they are still visible on the heroes bar, their abilities aren't weaker and they aren't worse during fights. However, you can't create any relationships with them.

How do the relationships work? 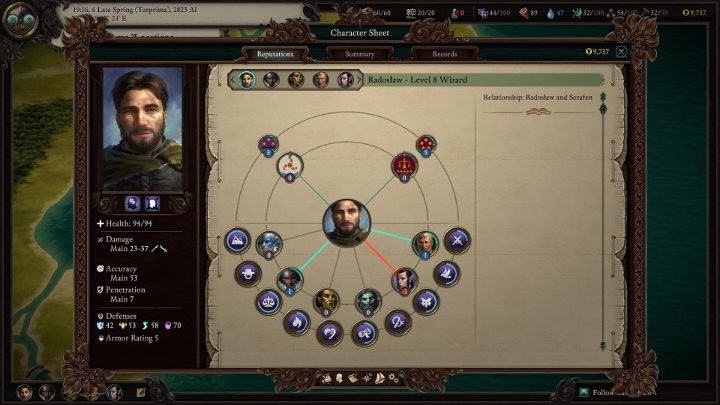 Relationships with companions (and, in case of the main character, with factions) can be found in the character sheet screen (the icon depicting a head or "C" key). Then, you have to open "Reputations" tab.

The picture above shows reputation of a main character. Here, you can learn about relationships with factions and companions. Your every choice has impact on them - dialog options, ways of solving quests or your attitude towards a member of a faction.

Below companions you can find another set of icons - Dispositions. They are divided into: Stoic, Deceptive, Rational, Passionate, Honest, Diplomatic, Cruel, Clever, Benevolent and Aggressive. The indicator next to an icon informs you how a given Disposition's development. For example, Diplomatic can be increased by alleviating situations during confrontations. They shape the character of your hero and they have impact on how your companions see you - each one of them values different behaviors (you can learn more about that by reading their descriptions). 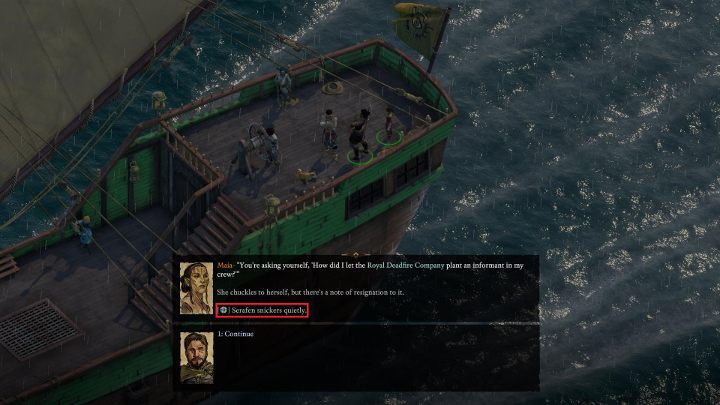 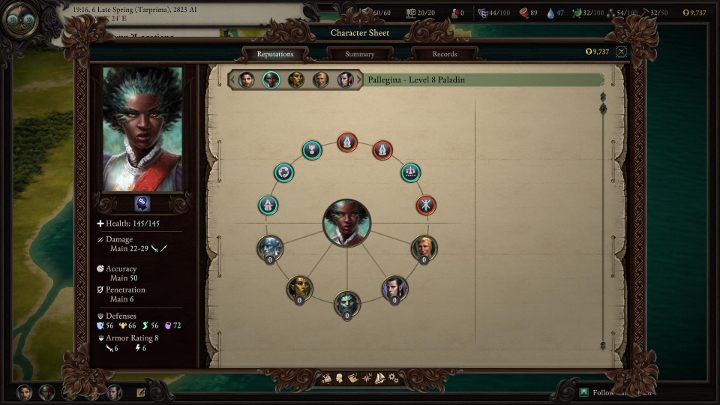 This is how "Reputations" bar looks like for the rest of your party. Here, you can see their relationships with other members of the group and their set of Dispositions - which behaviors they value and which aren't tolerated.

The following list contains all seven companions available in Pillars of Eternity 2 Deadfire. Here, you can learn how to join them to your party, available classes and their lists of Dispositions - select those dialog lines that are favored by a given character if you want to increase your relationship with them. Blue marks those Dispositions that are favored by them, orange is for those that aren't tolerated.

Note - the returning characters from the first game - Eder, Aloth and Pallegina - can newer appear in your game due to your decisions from the first game that might have led to their death or when you choose this story variant at the beginning of Pillars of Eternity 2 Deadfire. 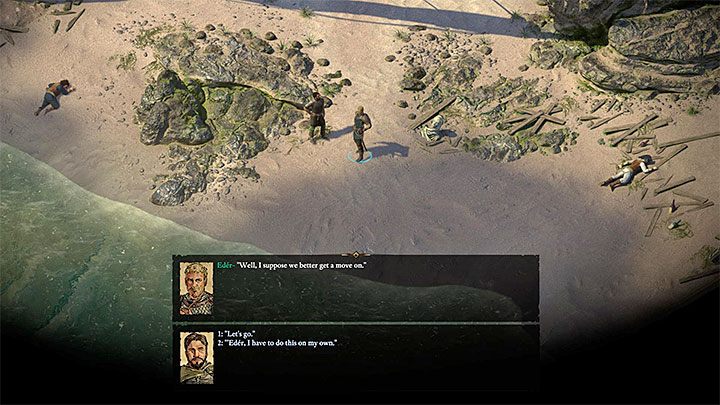 Eder becomes your first companion which happens right after the ship crash.

Eder joins your party right at the start of the game, after the ship crash in Vilario's Rest (M1). You don't have to complete any quest - Eder joins you automatically after a conversation. 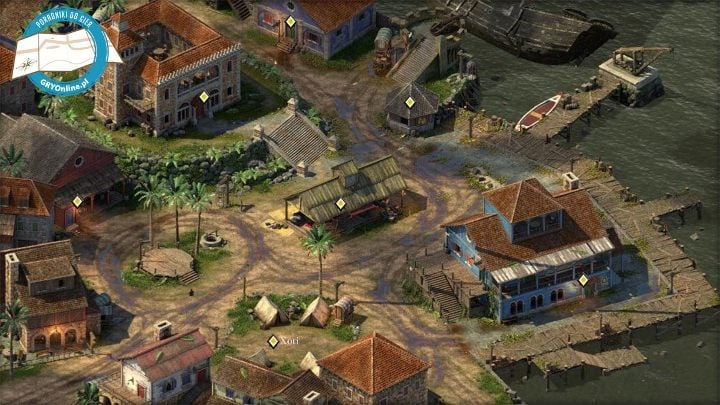 Remember to go to Xoti before you complete Stranded quest.

Xoti can join you if you speak with her in Port Maje Harbor (M3) - she can be found in the camp in the bottom of the map. Note - visit Xoti before you complete Stranded quest. Otherwise, Xoti will go to Neketaka (Temple of Gaun in Sacred Stair (M14)). She can also join your party there but this will happen in the later part of the game. 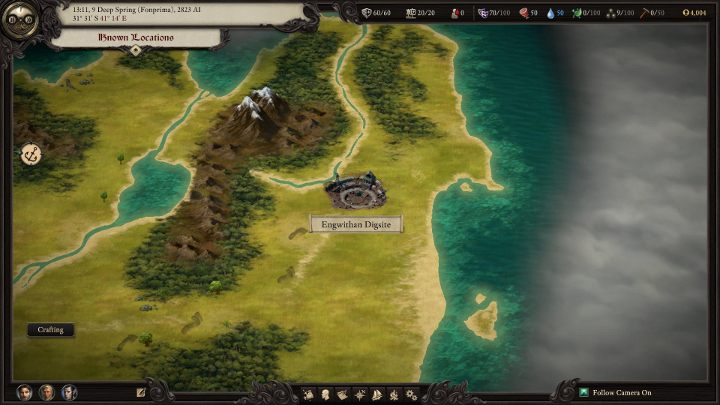 Aloth is found in Engwithan Digsite.

Aloth can join your party during Stranded quest - he can be found in Engwithan Digsite (M8). Speak with Aloth to join him to your party. 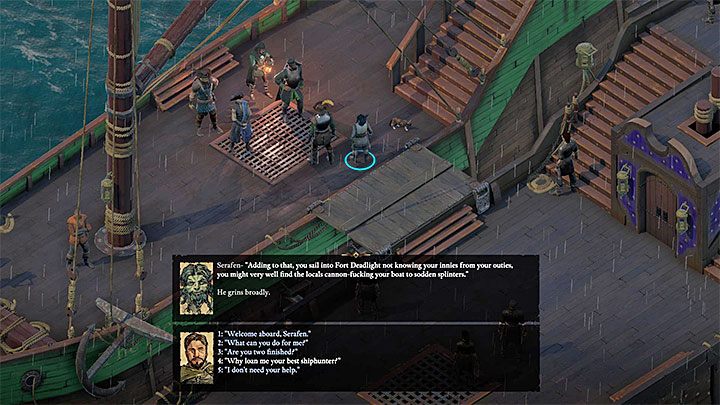 Serafan will offer his service during the conversation with Captain Furrante.

Serafen can join your party after completing Stranded quest - after you repair your ship. Another ship stops you after you leave the first island (after leaving Vilario's Rest (M1)) - you have to speak with Captain Furrante. Serafen will offer you his service during that dialog. 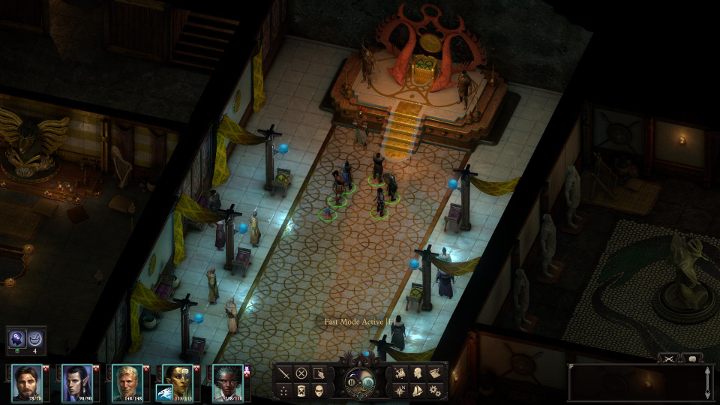 Pallegina can join you after a conversation with Queen Onekaza II.

Pallegina can join your party once you reach Queen Onekaza II in Neketaka (Kahanga Palace in Serpent's Crown (M16)). This takes place during The Veins of Eora which starts after completing To Hunt a God quest. After the conversation with Queen Onekaza II, she will offer you help of Pallegina and Maia - at first, she tells you to choose only one companion but you can ask her if you can take both of them with you (choose this dialog line). The Queen will agree. 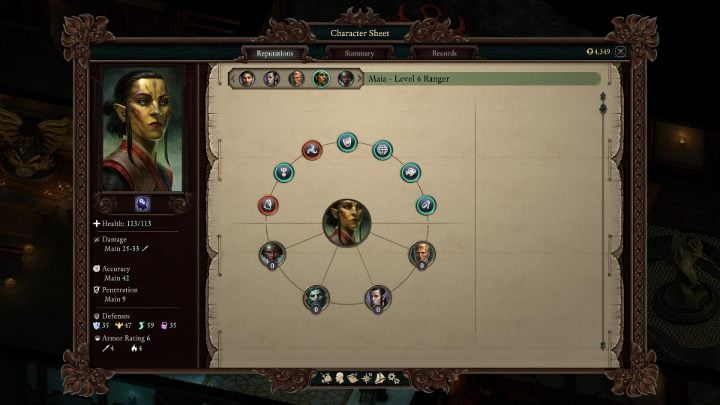 Maia joins your party in the same moment as Pallegina.

Maia can join your party in the same moment as Pallegina - visit Kahanga Palace in Serpent's Crown (M16) during The Veins of Eora. 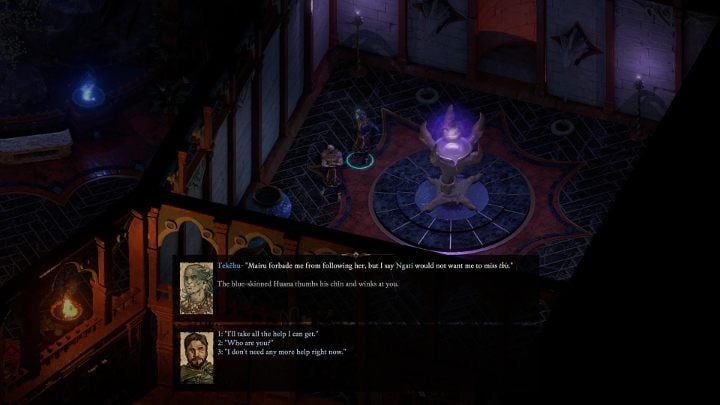 Tekehu can be found in Water Shaper Guild during The Shadow Under Neketaka.

Tekehu can be found in Water Shaper Guild on Periki's Overlook (M15) during The Shadow Under Neketaka - you get this quest from Queen Onekaza II. Speak with Tekehu and he will offer you his companionship.