In Pillars of Eternity 2 Deadfire, confrontations with other ships are called ship combat. You initiate it by sailing close to a vessel. Then, you have to choose one of the options to attack. Of course, you can also be attacked, e.g. by pirates. Win naval battles to get a lot of loot, to increase your crew's morale and to level up sailor experience for those who participated in a fight. 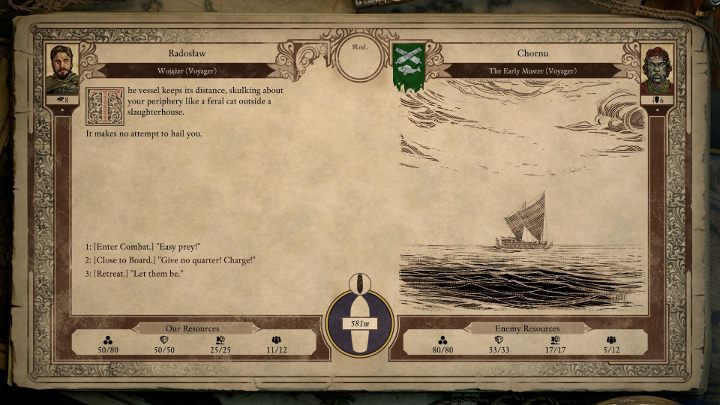 The window above allows you to start a ship battle. The game offers two ways of attacking: a turn-based ship battle (the first option) and a board (the second option). 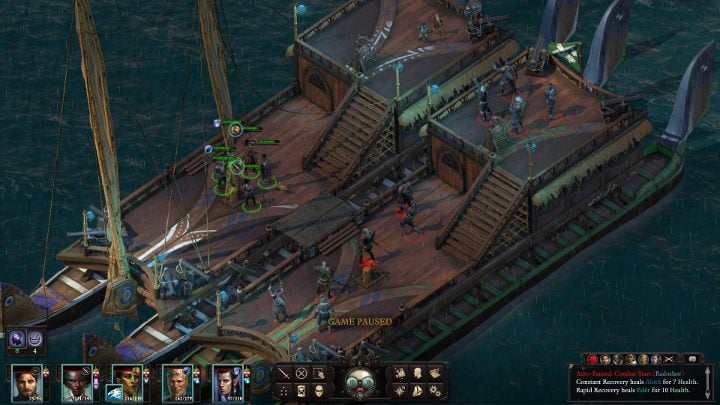 Boarding a ship is about getting really close to an enemy vessel and getting on their deck. This is a regular fight during which you can control your party - the rules are the same as in other locations so we recommend visiting "Combat" page if you need tips on how to win battles. During board you only control your characters who are currently in the party. However, other members of your crew will also participate in that fight.

Note - every time you board an enemy ship, they will always shoot at you with their cannons. Your ship and crew always receive a little bit of damage. 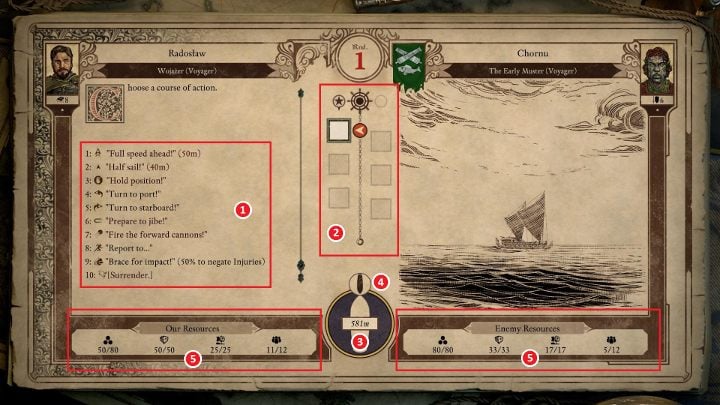 Things are different if you don't decide to board an enemy ship - in this case you will see the screen above. A ship battle is divided into rounds and each round has turns - a new round starts when neither of the ships gets destroyed or escapes. During each turn you can give only one order.

Description of the interface

The interface is described in the numerical order presented in the picture above:

How to win a ship battle?

There isn't one perfect way of doing that. However, you can follow the tips listed below: