On this page, you will find a walkthrough for the main quest - The Veins of Eora, in Pillars of Eternity 2: Deadfire. This quest starts automatically, after you have found a pillar of luminous adra in the ruins underneath Egwithan Digsite on Maje Island and after you have solved the scripted interaction connected with this discovery (the final part of To Hunt a God quest). During the quest, you have to find help finding similar pillars, which involves visiting Neketaka Island. 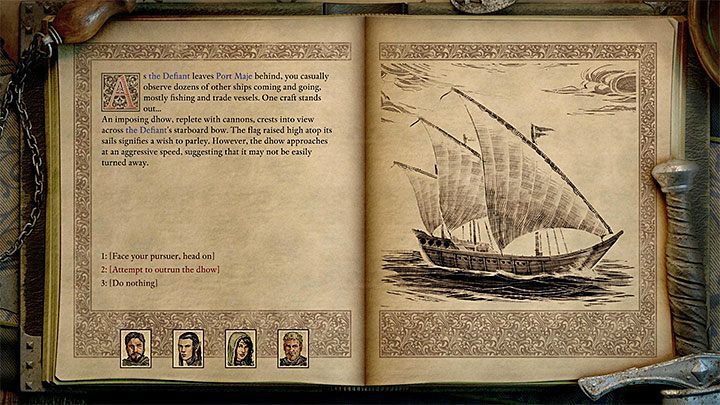 Leave Maje Island, which means that you have to complete Stranded quest. Still during that quest, you will learn from Governor Clario that you have to visit Neketaka. Share the information with Iwakh's party.

After the ship is repaired (and optionally, supplies are replenished), you can sail towards Neketaka Island. Soon after you Leave Maje, you will encounter another ship (which cannot be prevented in any way; escaping will do nothing), because this event is scripted. This will start a conversation with Captain Furrante. At the beginning of the conversation, you can try to defend against him enter your mind, or let this happen. From Furrante, you will receive a Principi faction quest - Blow the Man Down. Apart from that, you will receive an offer to join Serafen's team. If you agree to that, you will obtain a new party member. 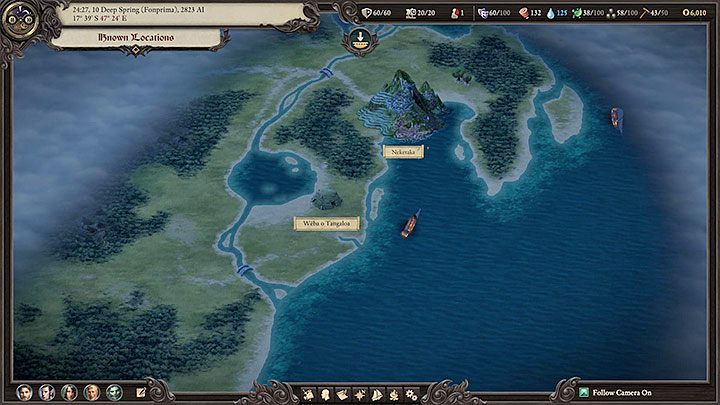 Continue up North. You do not have to visit the isles you pass by, especially that this is not recommended, due to low experience level of your party and very basic gear of the ship. At some point, a new scripted interaction will start, of a conversation with gods. This one is linear.

After you reach Neketaka Island, dock there. You will enter Queen's Berth in Neketaka. You will be accosted by Keoha. You do not have to fear any fight and you can listen to Pallid Knight's suggestions and show off your powers (spirits will appear in the docks) or force this action by picking one of the other action options. Either way, you will be able to travel freely around the city. 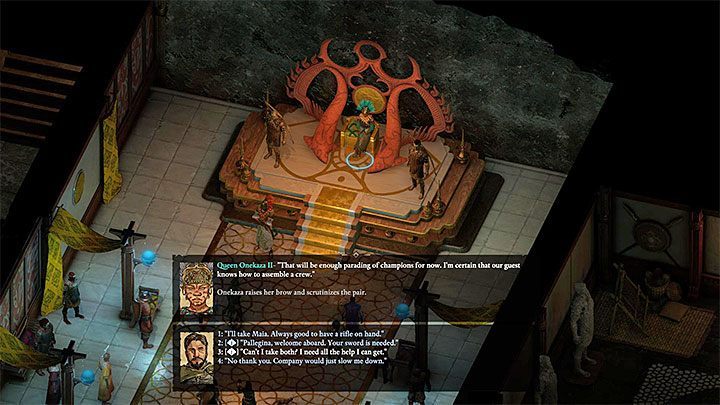 You have to reach the highest district - Serpent's Crown. Pass through the lower districts to get there. After you have reached the rich men's district, enter Kahanga Palace. Automatically, a cutscene will start, of meeting with Queen Onekaza II, Prince Aruihi and several other characters.

The course of the meeting is relatively linear. The conversation will be joined by Maia and Pallegina (only if she did not die in Pillars of Eternity). It is a good idea to ask the Queen, for the two characters, to join you in your quest (see the above screenshot). This way, you will gain two new potential party members. The game will unlock a new quest A Distant Light (it is much more difficult than the previous one, so level up several times before completing it, by completing side quests in Tekanaka) and a new quest for the Royal Deadfire Company - The Brass Empire.