The spyglass item comes in handy while traversing the seas in Pillars of Eternity 2 Deadfire. The spyglass can be used only during interactive sequences, but thanks to it you gain much more information about the ships you encounter. 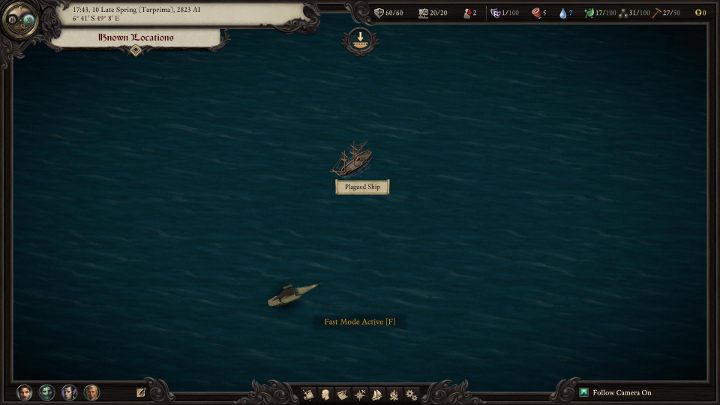 An example of a ship triggering a random interactive event.

While exploring you will often encounter other ships on the sea, which can roam the map the same way that you do, but the spyglass is useful when dealing with ships that aren't moving. These vessels trigger different kinds of random events; it can be a ship with a poisoned crew, or a bunch of pirates pretending to be merchants. Approaching those types of ships will trigger an interactive sequence; the spyglass opens up an additional option, that lets you precisely analyze the situation on the ship. For example, you discover that the trade ship is in fact a pirate ship and thanks to his you'll be able to prepare for a fight or take your leave. Another example, you take a "closer look" at a ship with a supposedly poisoned crew and check whether that's really the case. 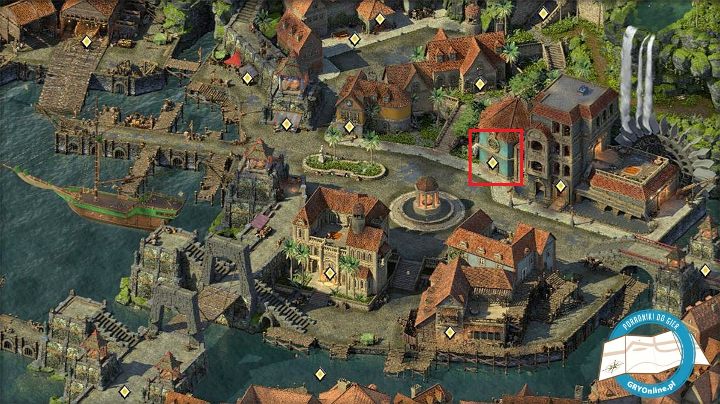 The spyglass can be bought in the marked building.

How to obtain the spyglass? Just get to the Queens Berth in Neketaka, and precisely Sanza's Map Emporium. The merchant who resides there has it on offer for the price of 5000 coins.