This page explains the aspect of ship and crew management in Pillars of Eternity 2 Deadfire. This topic can be divided into following individual points:

Shipboard Crew - Who does what?

Managing and controlling a ship is a difficult task, requiring at least a few people on board. In the ship management menu (which you can launch using the ship icon or the "H" button) you will find several different positions to fill. You can hire the crew at the port, where you have to pay more for experienced people, but then you will get better bonuses in combat or travel. Each employed member of the crew has a position that he or she occupies - it can be a beginner surgeon or a deckhand. The experience in various functions is shown by stars next to their names - the more stars of the candidate, the better his/her experience. 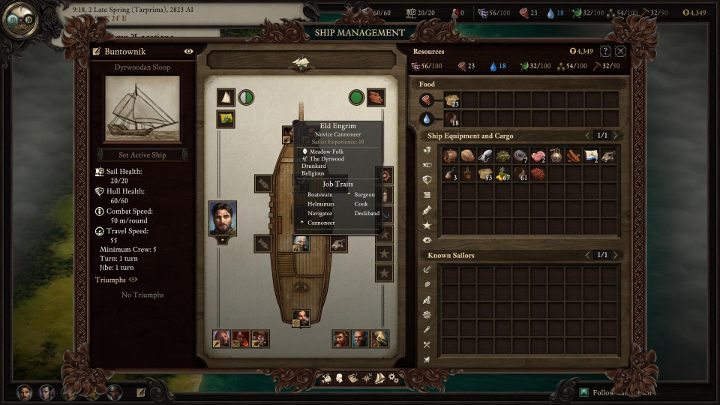 In the description of the sailor in you will find out what function he is most experienced in.

Each crew position plays a different role on board:

Victorious sea battles make the whole crew gain experience and all members are gradually promoted to the next level.

It is worth mentioning that the crew can be acquired not only in the port - sometimes we will gather the crew after performing a mission or after providing assistance to a given person.

Grading of the post is done by moving the portrait of the person to the selected slot.

Taking care of supplies and morale of the crew

The employment of the crew in the port is only the beginning of the expenditure. Every person on board must be remunerated and provided with food and drink - all these goods are taken every 24 hours during the game, and their amount depends on the experience of a given sailor (the more experienced the sailor, the more resources he requires). Supplies are only collected if you travel by the ship - if you cross by in a city, the crew is not being paid. In addition, you will also need to take care of amount of medication, cannonballs and tools to repair your ship. You can buy all these supplies in a port, but you will often find them during your exploration of the world. 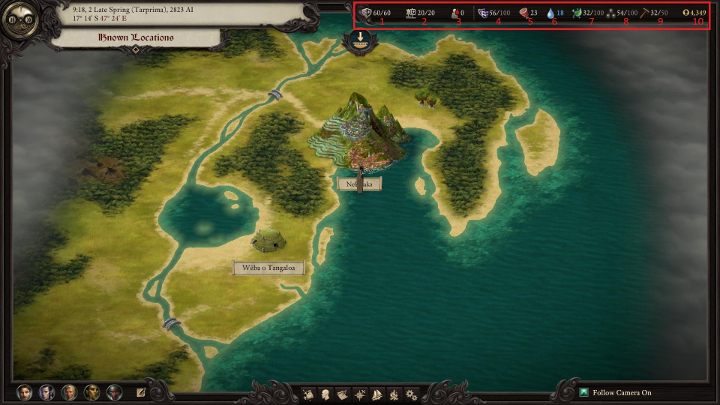 You must pay attention to the marked values during each voyage.

The area selected in the screenshot indicates the most important indicator and values that you should check during your travels by ship: 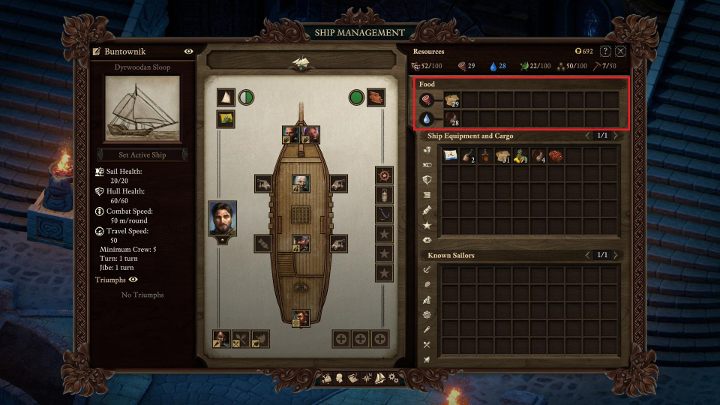 Food and drinks for the crew must be placed in the marked area.

Remember that the bought supplies are not consumed automatically by your crew - you need to place them in the special inventory space marked in the screenshot above. Food and drinks are taken from the left, so you can determine which supplies are consumed in the beginning.

How to increase the crew morale?

It is not difficult to guess that morale plays an extremely important role when traveling by ship. Here are several ways how to effectively increase the morale of the crew:

The crew is important, but the condition of your vessel is relevant too. The vessel's characteristics are defined by four statistics: 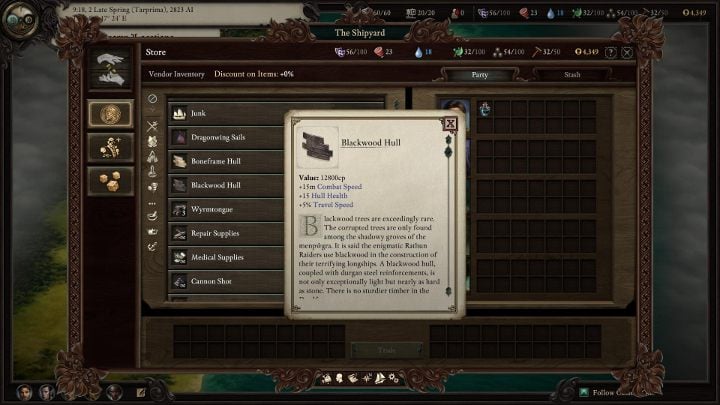 In the port you can buy an elegant hull.

These statistics can be improved by purchasing new equipment for the vessel. The table below describes what can be upgraded on the ship and how it affects the ship's statistics. These items don't always affect the same statistics - there are different types of sails or hulls, where usually more expensive items affect several statistics, and cheaper items affect only one of them.

In addition, you can purchase reinforcements that increase the hull's health but reduce the speed. It is also worth to check new guns, which will increase their damage or range. The last valuable upgrades are the Captain's HQs, which improve the look of the Captain's room, and the Menagerie - the enclosure for the pets.

Spyglass - where to buy it? 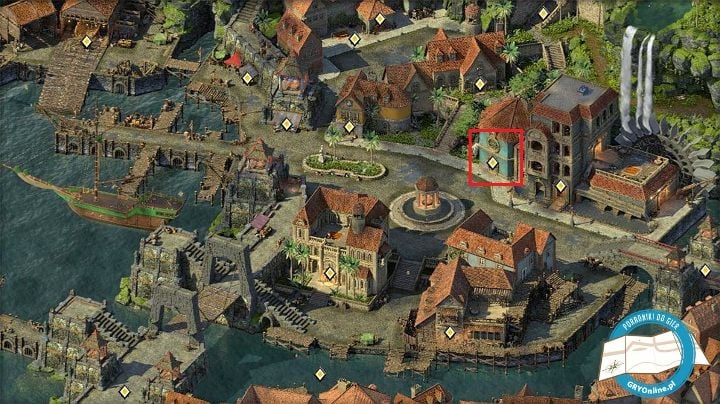 You can buy the spyglass from the merchant trading in the marked building.

The spyglass is a very useful tool, and it's, in a sense, a ship upgrade. You can buy it in the Queen's Berth in Neketaka; the Sanza's Map Emporium, to be more exact, for 5000 coins.

What benefits does the spyglass provide? You can use it in paragraph dialogues by interacting with "still" ships - that is ships that wrecked or infested (not those that are sailing and belong to a faction). Doing that will trigger a scene where you have to decide what to do with the ship. The spyglass will allow you to check whether there are pirates aboard, or if the infested ship is dangerous.