During your playthrough of Pillars of Eternity 2 Deadfire you will come across numerous locked doors, chests and other containers. Below, you can find information on how to open locks. This can be done by having one of the active skills at a high level. Lockpicks are also useful in the process of opening locks. 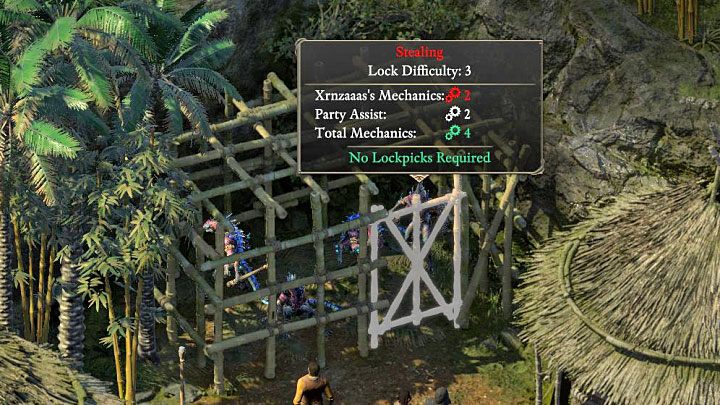 Opening locks is connected to Mechanics active skill. The game informs you about a lock's difficulty level every time you come across a locked object.

A very important information - The game uses Party Assist mechanic whenever you open a lock which means that all members of the party add their Mechanics points into the pool. The picture above shows a following example: the main character has 2 Mechanics points and his allies add another 2. This is enough to open a lock with level 3 difficulty. 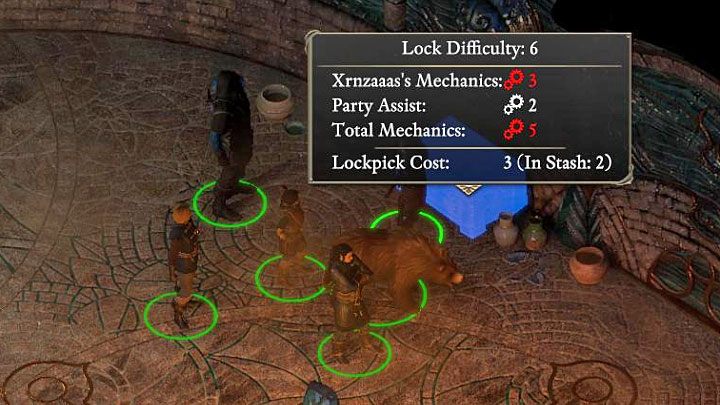 Sometimes, when a lock has a higher level than the total number of Mechanics points (from all your party members), the game will give you an option to use a lockpick. In the example above the lock is at level 6 while the total number of Mechanics points of the party is 5. Opening this lock requires the player to use 3 lockpicks. It should be noted that lockpicks in Pillars of Eternity 2 Deadfire are single-use - they disappear from your inventory after you use them to open a lock.

Note - Lockpicks aren't always available when you come across a locked object. This can happen when Mechanics skill level of the entire party differs too much from the object's lock difficulty level (e.g. a lock at level 11 versus 6 Mechanics points of the entire party). Here, the game won't display an option to use a lockpick. Your available options are to go back here later (after leveling up Mechanics), to find a key or to switch party members with higher Mechanics. 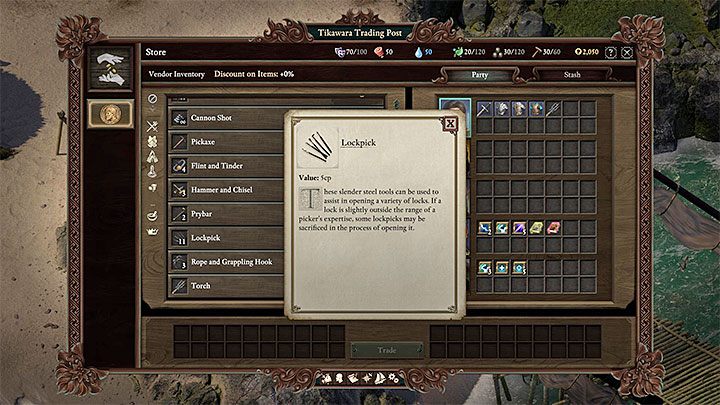 It is a good idea to search for lockpicks while exploring the game world. Among others, you can find them in chests, drawers, various stashes or on corpses of the defeated enemies. Apart from that, you can also buy lockpicks from merchants. You should always have at least a few of them every time you go on a journey. Even if you level up Mechanics regularly, you can still come across an extremally difficult lock. The more complicated the lock, the bigger chance that it guards a valuable treasure. 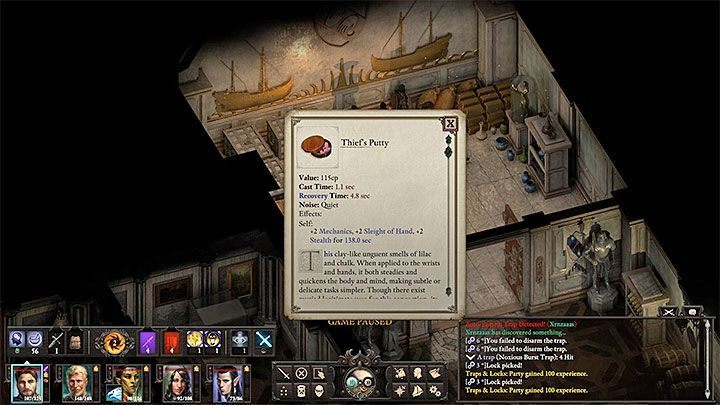 Later on in the game, you can use Thief's Putty (see above picture) to make opening locks easier. Use this item to increase your Mechanics, Stealth and Sleight of Hand skills +2 for 2 minutes. Thief's Putty can be found or purchased from certain merchants. Every Putty is a "consumable" that can be used once. Thus, use it only when you are unable to open a lock in a traditional way or with the use of lockpicks, and you don't want to wait patiently for your team members to improve their Mechanics.