Firstly, you need to select the sex of your character in Pillars of Eternity 2. This will impact the way characters in the game react to our hero. Once the sex is chosen, you select the race. 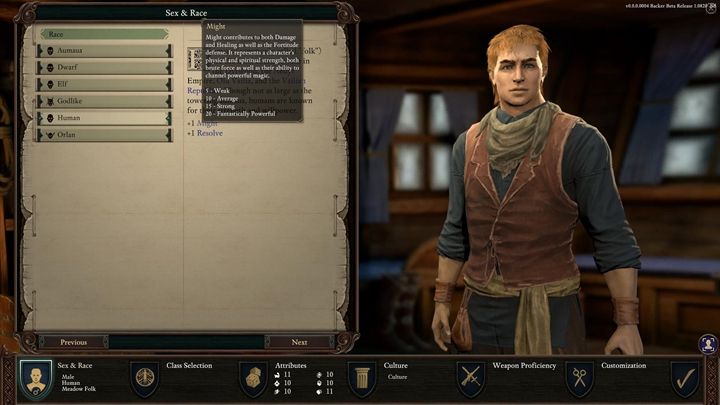 In the game, there are six races available:

After choosing the race you can select the background of your character. This choice influences the story, as some factions are not fond of each other. For example, Death Godlike are perceived as the harbingers of doom. Moon Godlike, on the other hand, are often considered to be lucky.