Exploring the world in Pillars of Eternity 2 Deadfire consists in the bulk of gameplay and is an extensive element of the game, divided into four parts (or modes):

Discovering new locations on the island (cities, dungeons, dig sites) is possible by exploring the world on foot. In this mode, you can go wherever you want as long as the place is reachable. From the world map, you can switch to local maps and cities (more about that below), as well as to smaller locations, where you can find resources or engage in a paragraph scene. 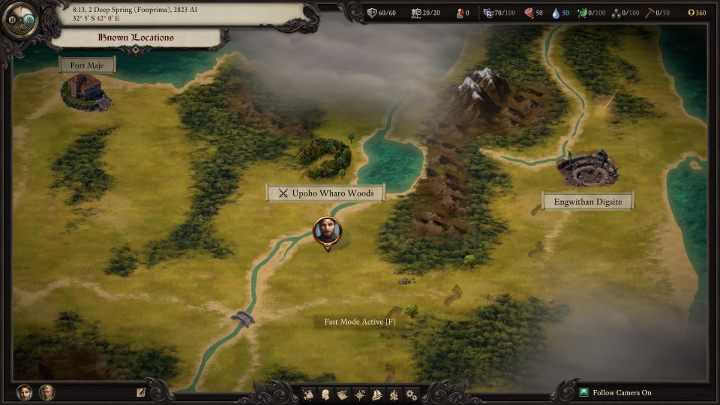 The world map features a few types of locations.

Here are a few examples of locations:

Also note that time goes faster when you're traveling the world map.

The ability to control the ship is a new mechanics in the game and the only way of reaching the islands. There's not much difference between this and the walking mechanics. You will get the ship after finishing the quests on the first island (check out the FAQ - "How to get off the first island?"). 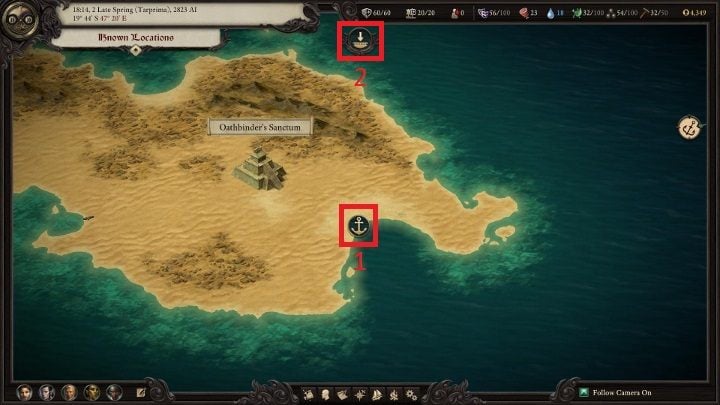 Docking spots are near the shore.

You can switch between the two modes at any spot marked with an anchor (icon [1] above). You can leave your ship there and go ashore. You can also visit your ship at any time - just use icon number [2].

Just as in the case of walking, when you're sailing, you can not only travel from A to B, but also run into: 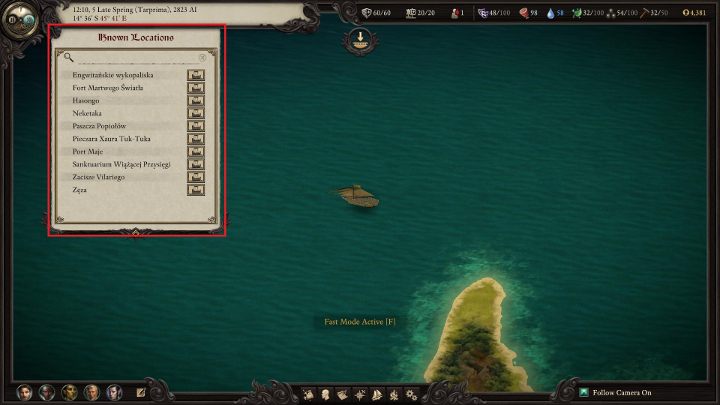 Use the Knows Locations list to quickly choose the destination. The ship will automatically sail there, but you're still vulnerable to attacks of pirates and other events like that.

The speed of your ship is determined by the depth of the water - the deeper, the faster - as well as by crew and ship upgrades - more info in the chapter on traveling by ship. 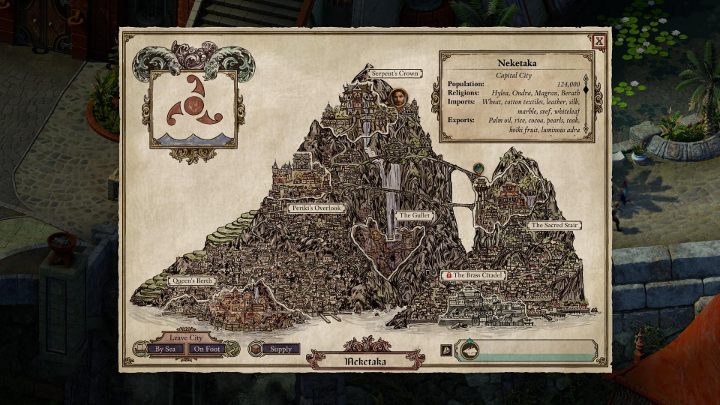 Cities are divided into districts.

Bigger locations are divided into districts (port, trade, royal palace) - choosing such locations takes you to local maps. You can freely travel between the districts, which usually takes a few hours game time. You can also trade - mostly ship stuff.

You can come across random encounters while moving between the districts - this usually happens at night. There are a few possible encounters - we have listed a few examples below:

Citizens in need - you can come across an encounter where, e.g. a little girl has been attacked by monsters. This triggers a scripted interaction - you have to decide if you want to help the girl or you want to let the monsters eat her. The first choice moves you to a location map.

This is the most engaging game mode. Here you control the entire team, complete quests and fight. Each local map has at least one entrance to another place - dungeons, caves or just buildings - and back to the world map (these are marked with a compass icon and are usually located at the edges of the location).

On local maps you can: 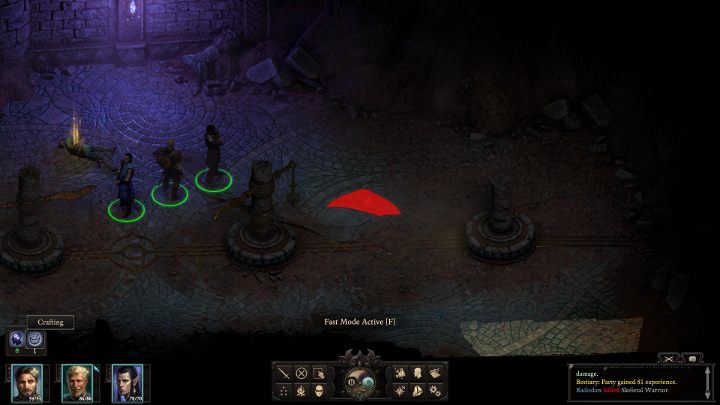 If a character spots a trap (the higher perception, the easier it is) the dangerous area will be highlighted with red color.
See/Add Comments