The following page breaks down the Rogue class in Pillars of Eternity 2 Deadfire. You shall also find here the basic information concerning the class, a description of sub-classes along with rewards and penalties, the results of combining multiple classes, as well as a few helpful tips and tricks.

Rogues are born killers who usually prefer to act stealthily. In combat, they use dirty plays and tricks and obey only one rule - victory is the most important. They are cunning and extremely dangerous - better have them on your side.

Assassin - they operate in stealth and prefer to assassinate their targets. On the other hand, they prove relatively weak in direct combat.

Penalties: All received damage are increased.

Streetfighter - trained in fighting large enemy groups - they receive an additional bonus when they are surrounded or injured.

Bonus: Streetfighter's Recovery time is shortened and they deal more damage from Stealth Attacks when this character is Flanked or Bloodied. When both states are active, a Streetfighter deals more Weapon Damage.

Penalty: Recovery time is extended when a Streetfighter is neither Flanked or Bloodied.

Trickster - these rogues have mastered the basics of illusion, magic, and trick that they use in combat.

You can pick one of the two abilities: 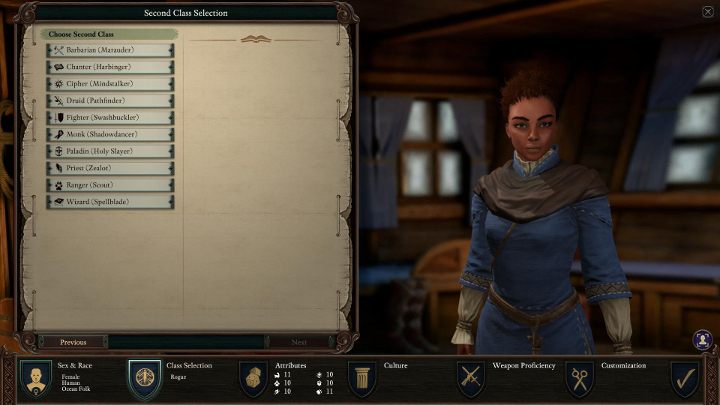 By combining the Rogue with other classes, you can get the following results: