The following page breaks down the Ranger class in Pillars of Eternity 2 Deadfire. You shall also find here the basic information concerning the class, a description of sub-classes along with rewards and penalties, the results of combining multiple classes, as well as a few helpful tips and tricks.

Rangers in Pillars of Eternity 2 are warriors from the wilderness, unparalleled in the art of hunting. They are always accompanied by a pet companion, who wreaks havoc on the battlefield. They prefer seclusion and usually work alone.

Sharpshooter - in combat they focus on ranged attack and dispatch their pet companions to distract the enemies.

Ghost Heart - these hunters summon the souls of the dead pet companions who come from the land of the dead to help their master.

Stalker - these hunters are very connected with their pet companions - Stalkers receive additional bonuses for staying close to their companions.

Bonus: Stalker and their companion gain Deflection and Armor Rating bonuses when they are within 4 meters of each other.

Penalty: Stalker and their companion suffer Bonded Grief when they are more than 7 meters from each other. 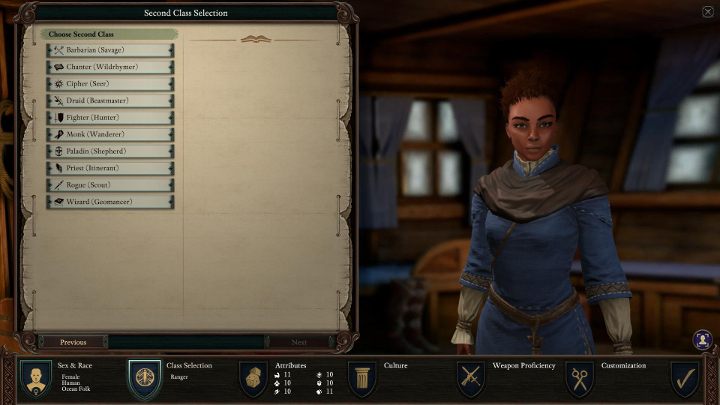 By combining the Ranger with other classes, you can get the following results: