The following page breaks down the Fighter class in Pillars of Eternity 2 Deadfire. You shall also find here the basic information concerning the class, a description of sub-classes along with rewards and penalties, the results of combining multiple classes, as well as a few helpful tips and tricks.

Most often, Fighters in Pillars of Eternity 2 can be found on the first line of a battle, where they create an impenetrable barrier. They specialize in powerful armors and close combat.

Blade Jacket - masters in using nearly any kind of weapon. In combat, they utilize a rich arsenal and diversified gear.

Devoted - the opposite of the subclass above - Devoted are focused only on one type of arms and pursue an absolute mastery in it.

Gains only one proficiency and no new proficiencies during level up.

Unbroken - masters of defense. Most often, they wear shields and are the best choice for the so-called tanks.

No matter which subclass you choose, you select one of the following two abilities: 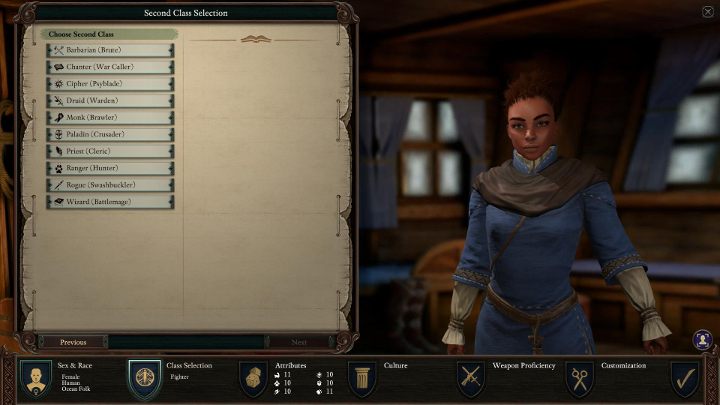 By combining the Fighter with other classes, you can get the following results: