The following page breaks down the Cipher class in Pillars of Eternity 2 Deadfire. You shall also find here the basic information concerning the class, a description of sub-classes along with rewards and penalties, the results of combining multiple classes, as well as a few helpful tips and tricks.

A Cipher in Pillars of Eternity 2 is a master at manipulating others. A cipher is able to possess enemy units, mount psychotic attacks, and cause foes' soul explosion.

Ascendant - this class is based on maximum focus accumulation - this is when their attacks are the strongest.

Beguiler - masters of illusion and manipulation. In combat, they use different magic tricks and focus on confusing the enemies.

Bonus: All Deception Cipher spells have increased range and they restore Focus.

Soul Blade - aggressive and easily enraged. In combat, they use offensive powers and use spirit whips.

Penalty: Max Focus is reduced (this also includes the amount of Focus that you get at a start of a fight).

You can choose one of the following abilities: 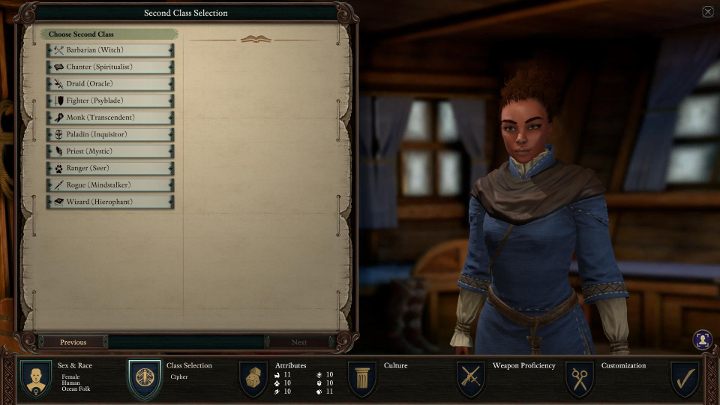 By combining the Cipher with other classes, you can get the following results: