The following page breaks down the Chanter class in Pillars of Eternity 2 Deadfire. You shall also find here the basic information concerning the class, a description of sub-classes along with rewards and penalties, the results of combining multiple classes, as well as a few helpful tips and tricks.

Chanters in Pillars of Eternity 2 Deadfire can conjure unimaginable things with their songs - they can strengthen their allies, weaken their foes, and summon diverse creatures. Characters representing this class can change the turn of many battles from a distance.

Beckoner - they specialize in summoning groups of creatures. The summoned units are weaker than the regular ones.

Bonus: Invocations summon twice as much creatures and their cost is reduced by one Phrase.

Penalty: Summoned creatures are smaller, have reduced health and a shortened life span.

Skald - this class is focused on close combat and using battle songs.

Bonus: Cost of offensive invocations is reduced by one Phrase; a critical hit with a weapon has 50% chance of giving you one Phrase.

Penalty: Cost of offensive invocations is increased by one Phrase

Troubadour - they Focus on passive bonuses and serve team's support.

Penalty: Cost of all invocations is increased by one Phrase.

You can choose one of the following abilities:

Additionally, you can pick one more ability, choosing from the following: 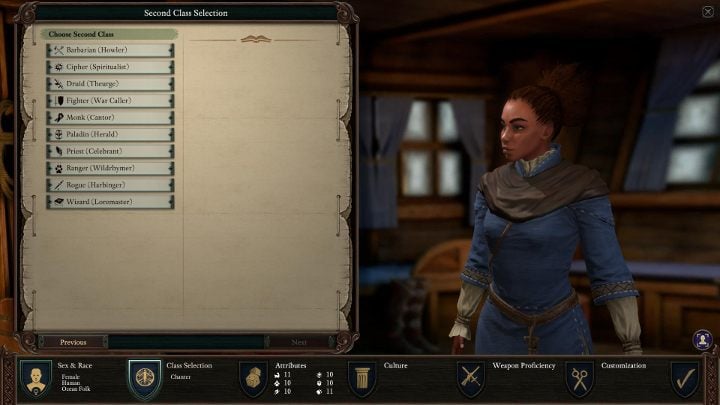 By combining the Chanter with other classes, you can get the following results:

Chanter has a peculiar source of power, that is (Phrases), i.e. a pool used when activating abilities. Combat always begins with zero Phrases - use Chants to fill them. 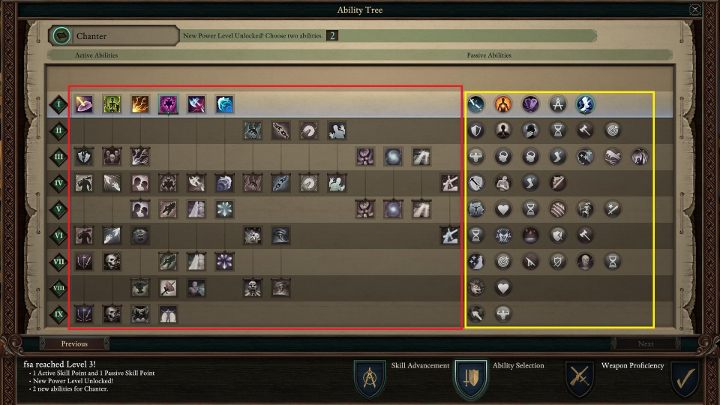 After each level-up, you can buy new Invocations (marked in red) and Chants (in yellow). Invocations require a certain number of Phrases to have been Chanted. Invocations are abilities similar to Wizard's spells, and Chants allow you to buff allies and debuff enemies. 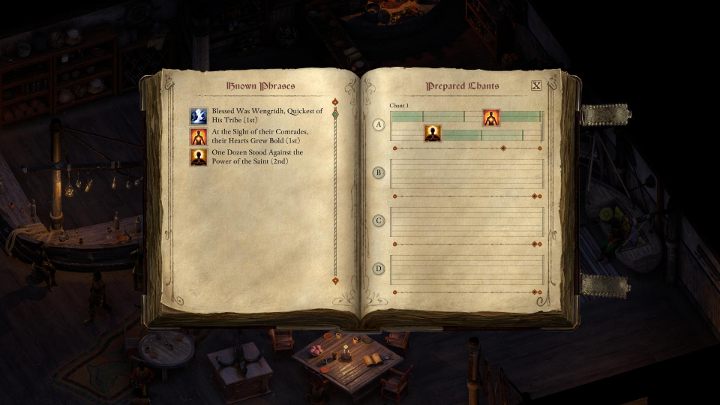 Chants aren't used like other skills - they have to be combined into "songs". There may be a few of these, and you can freely switch between them (even during combat). Chants are sung in the order you specify - you can choose whether you want to buff allies first, or rather debuff enemies. 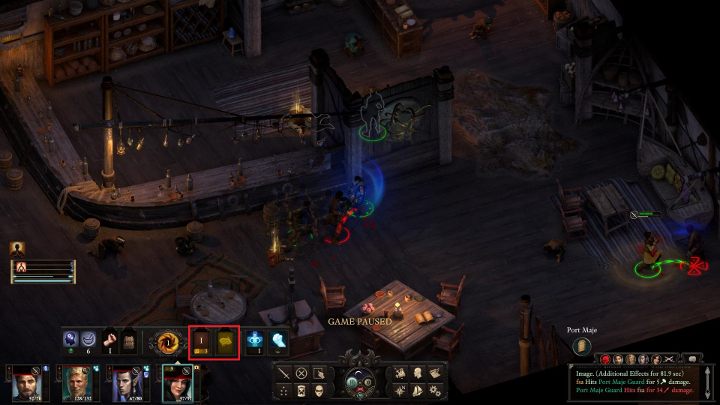 Chanting fills the Phrases, which allows you to use Invocations.