The following page breaks down the Barbarian class in Pillars of Eternity 2 Deadfire. You shall also find here the basic information concerning the class, a description of sub-classes along with rewards and penalties, the results of combining multiple classes, as well as a few helpful tips and tricks.

Barbarians in Pillars of Eternity 2 are typical warriors charging head-on at the enemies with no fear at all. They can learn many different abilities that increase their combat potential, enter a battle rage, and are very mobile during fights.

Berserker - Real killing machines. Unfortunately, in battle, they can mistake friend for a foe.

Corpse-Eater - They spread fear among their foes, mainly because of their ritual that involves eating corpses of the fallen enemies.

Bonus: A character can eat a corpse of a defeated enemy to restore health and increase Rage.

Penalty: Cost of all Rage-based abilities is increased by 1.

Mage Slayer - Trained to quickly track and kill any character that wields magic.

Bonus: A character receives passive resistance to spells, and their attacks can disrupt spells casted by enemies.

Penalty: A character can't use potions nor scrolls.

Upon starting the game, you can select one of the following abilities: 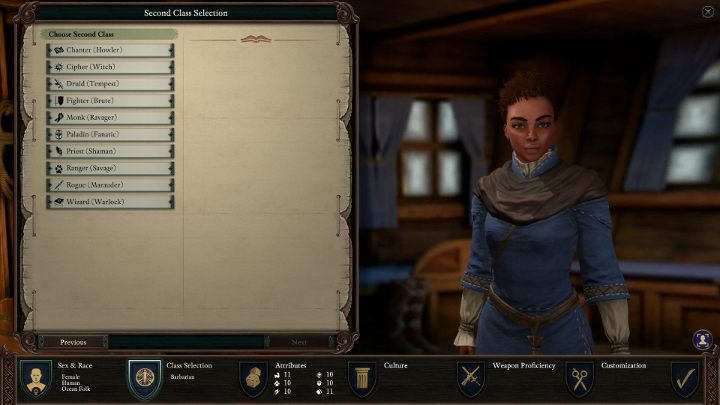 By combining the Barbarian with other classes, you can get the following results: