This page of the trophy guide for Lost Judgment describes how to unlock the Merciful trophy, which you can get for forcing your opponent to surrender by skillfully intimidating them during a fight. 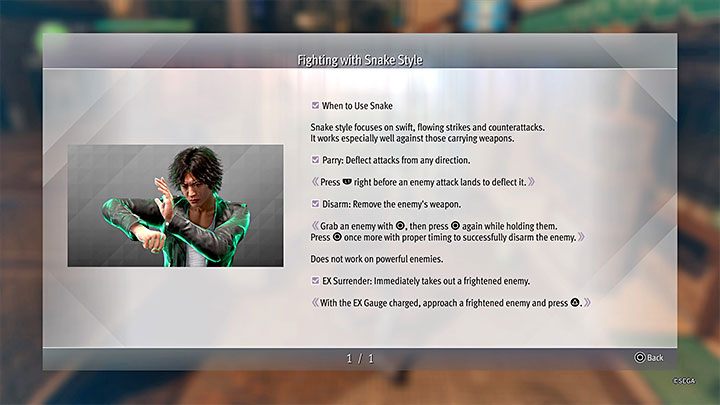 The Snake Style, which you will unlock after reaching Yokohama in Chapter 1 - Black Sheep, is related to the requirements of this trophy. 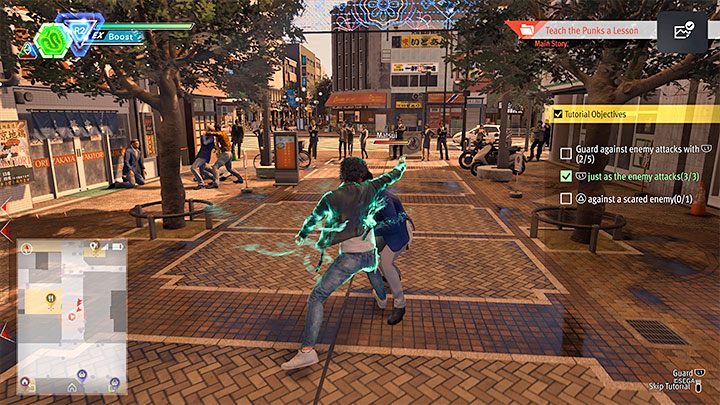 Shortly after unlocking the Snake Style, you will start a tutorial to learn the basics of it - then, you will have a chance to get the trophy.

You have to use standard attacks to charge up the EX Boost bar first. This will allow you to activate the EX Boost mode by pressing R2. 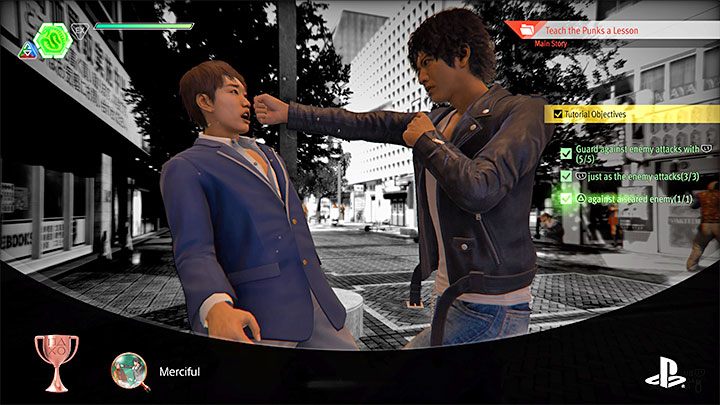 In EX Boost mode, look around to see if there are any scared enemies in the area - in the tutorial, at least one of the enemies should be in this state.

Quickly run up to a scared opponent and press the triangle to perform a special EX Action that simulates an attack. The target of the attack will be depleted of their health without receiving actual damage. This will be immediately rewarded with a trophy.

If you completed the tutorial fight without using the option to scare the enemy, you can look for similar opportunities later in the game. Just remember to use the Snake Style, quickly run up to frightened enemies, and press triangle when you can perform the EX Boost attack.