On this page of the Hitman 3 guide, we have provided information on how to unlock the secret ending of the Berlin mission. This way of exiting the mission zone is well hidden, and can safely be called an easter egg.

The secret ending described below is unfortunately not rewarded by any trophy. The only reward coming from using this exit is your own satisfaction. We have described all the basic ending variants on a separate page Map of Berlin - how to leave? 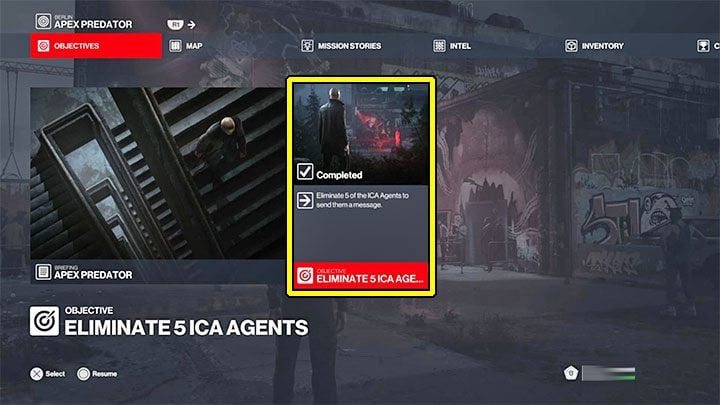 You cannot use the exit if this is your first playthrough of the mission, as during it, you are forced to use the exit on the edge of the power plant, next to the forest. Any further playthroughs will do, as during them you are not limited to a single exit.

Start, of course, by completing the primary objective of getting rid of 5 of the 10 ICA agents. 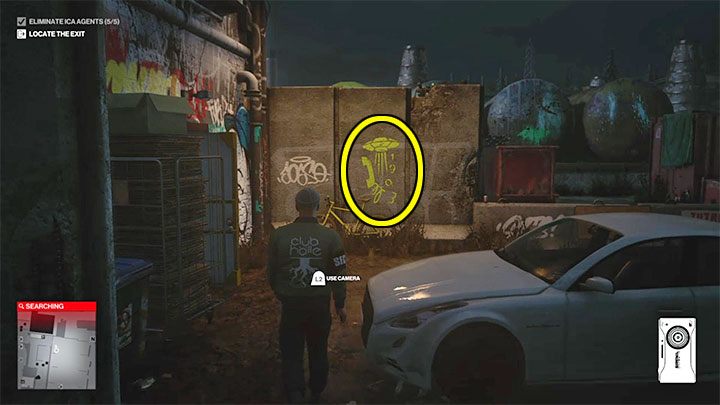 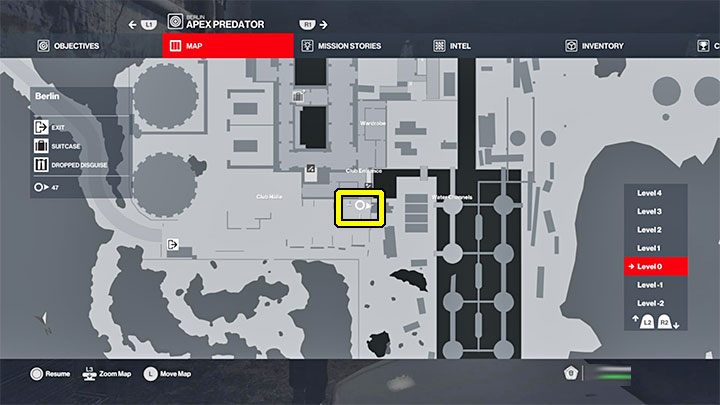 Once that is done, head to the southern part of the map. Specifically the area around the entrance to the Holle Club, where a long line has formed. Explore the parking lot adjacent to the club entrance (which is the same location where one of the shortcuts is also). On the wall, you will notice the graffiti shown in the picture with the flying saucer and the date. 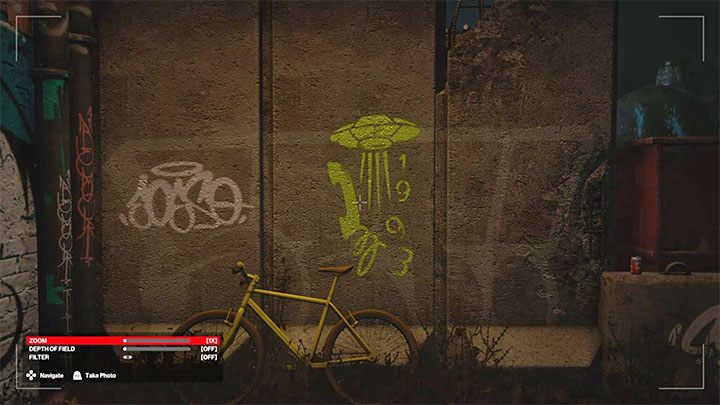 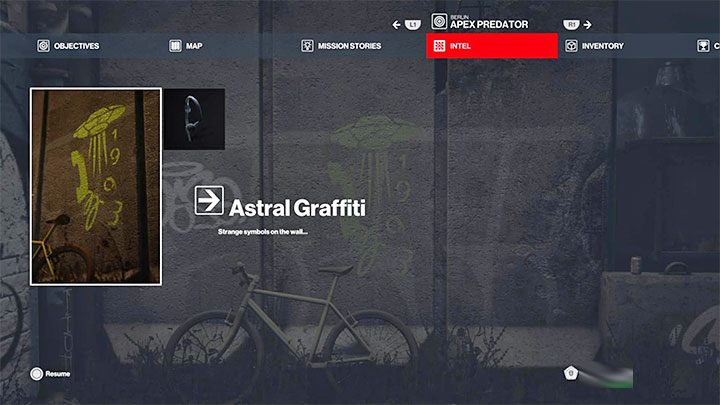 Use your camera to photograph the graffiti. This will unlock a new log entry (Intel) - Astral Graffiti. 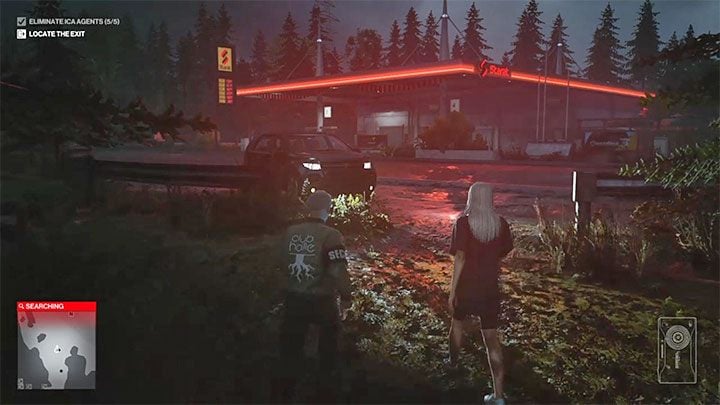 Now you need to travel to the gas station. As a reminder, it is located at the southern end of the map and you passed it while playing the mission for the first time. 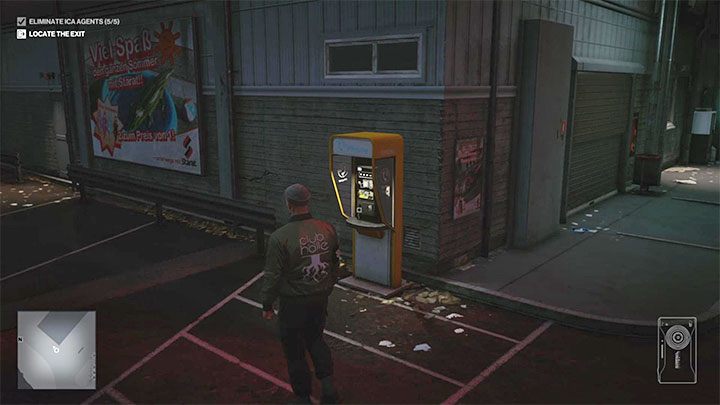 Once you reach the station, find the phone booth and interact with it. 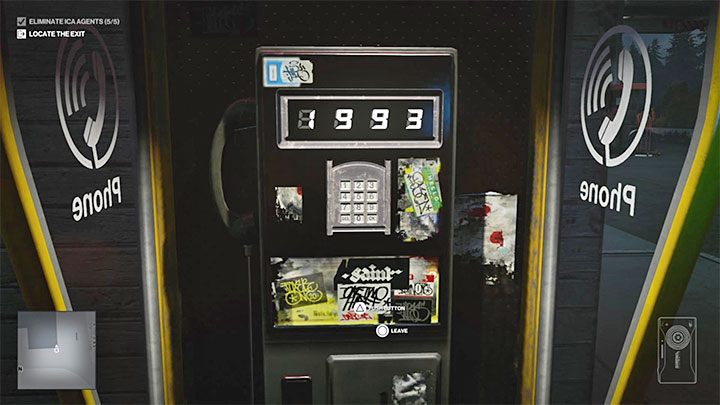 Enter the 1993 number and press OK. The combination is a reference to the year in which the television series The X-Files began airing. 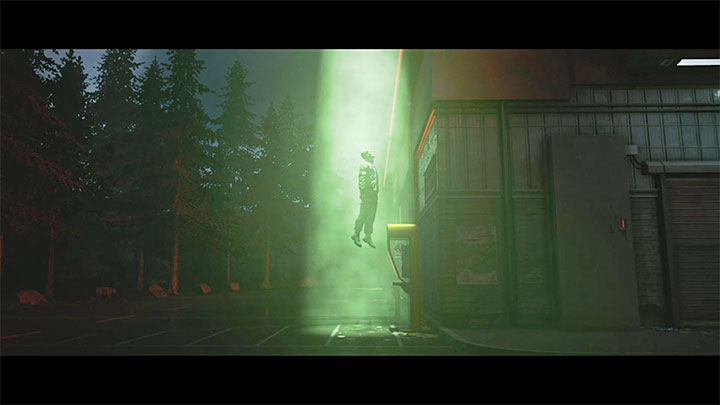 Correctly entering the number will result in Agent 47 being... abducted by a ufo. Unfortunately, this is only a funny scene with no follow-up. Normally, the mission summary screen will appear and you will not unlock any unique rewards associated with unlocking the secret exit from the mission area.