On this page of the Ghostwire Tokyo guide, you will find a walkthrough of the After the End III side quest. Our walkthrough explains how to start the third optional Rinko quest, where to find Erika's spirit once again, how to follow it, where to find the keychain and how to win the battle in Erika's memories. 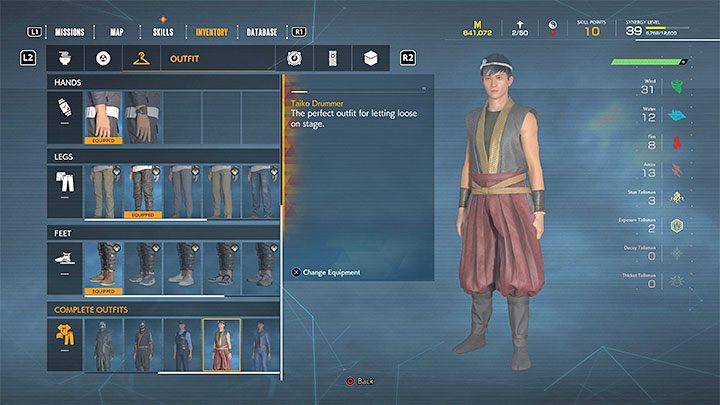 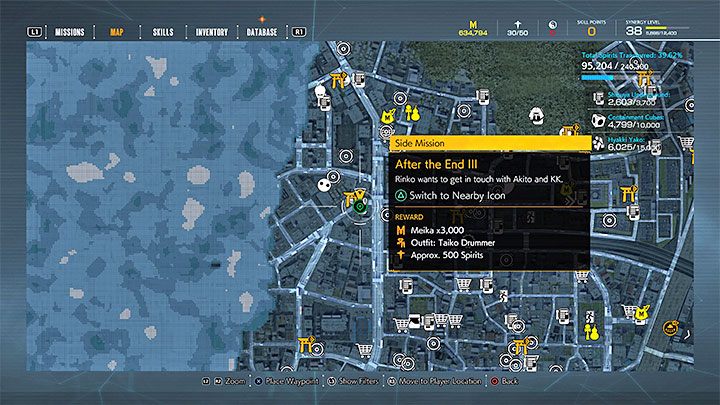 You unlock this quest by completing Rinko's second mission, After the End II - we've described it on a separate page of our guide. Visiting the Toyoi Shrine in Western Tokyo should cause a new quest marker to appear on the map (pictured above).

The quest giver is, once again, Rinko. Reach the payphone in the indicated area and talk to her.

Note - We recommend completing the quest before starting the endgame. The point of no return is at the end of Chapter 4, as described in our walkthrough of The Black Tower quest. If you ignore Rinko's quest you'll have to finish them after beating the game, when the world returns to the state before the point of no return.

Head to the location specified by KK 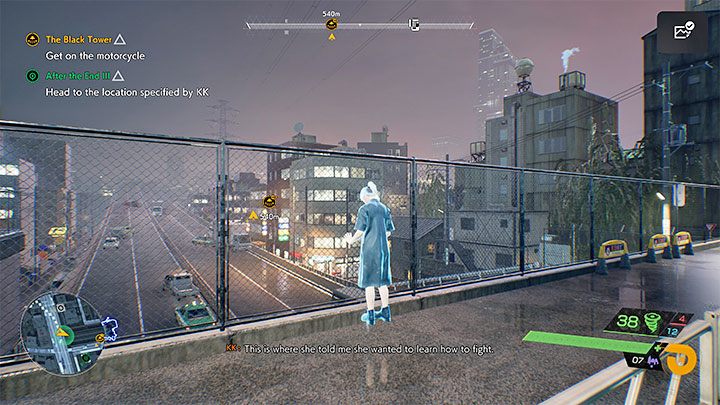 The area you must investigate is located a short distance south-east of the quest's starting point. Reach the bridge, where you'll see Erika's spirit pictured above. 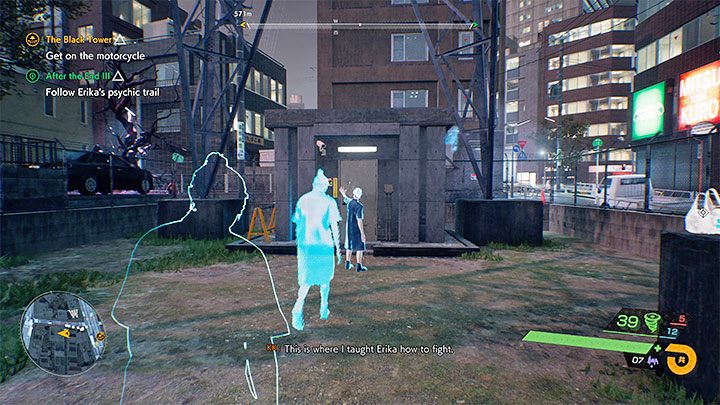 Following Erika's trail is easier than before this time, as you shouldn't encounter any foes on your way. Erika will take you to the door pictured above you must open. 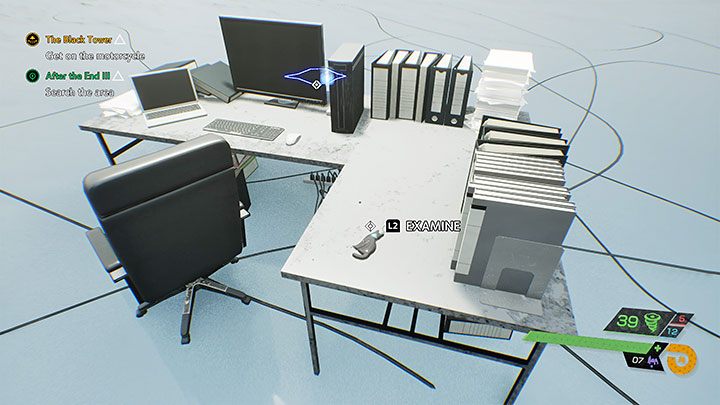 You'll move to an area from Erika's memories. Locate Erika's Cat Keychain pictured above - it's on one of the desks. 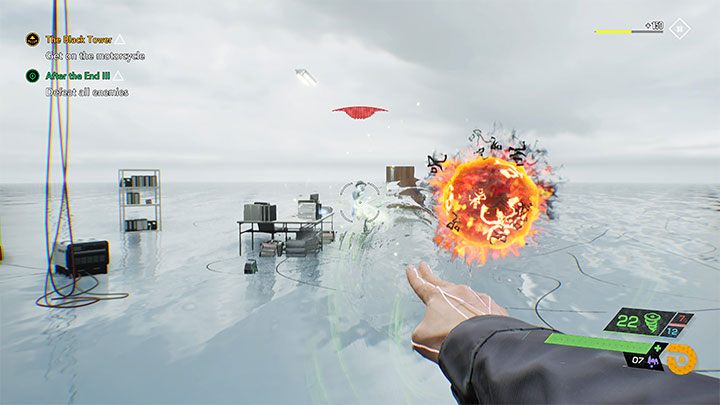 Visitors will appear in the area, forcing you to fight. Watch out for the flying projectiles - avoid them or destroy them from a distance. Fortunately you shouldn't encounter any elite enemies.

Tell Rinko what you found 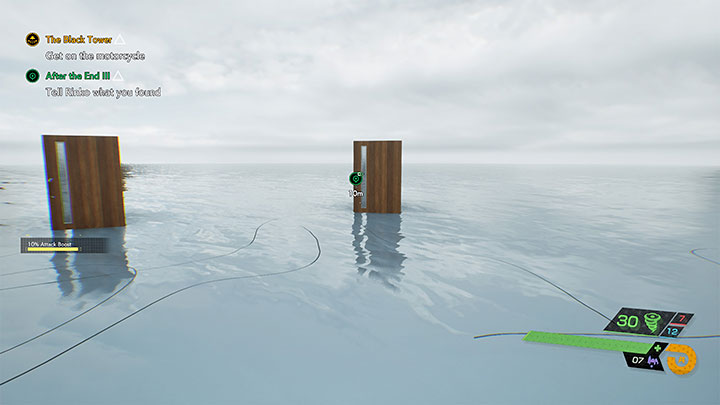 After the battle leave the area through the indicated door. Go to the marked payphone to report to Rinko one last time.