Due to the fact that Tom Clancy's The Division 2 is a cover shooter, there is plenty of combat in the game. Even though there are slight RPG elements implemented in the game, you will not find peaceful solutions to conflicts and missions - it all comes down to combat. This is why it is important to know how to be effective on the battlefield - we explain all the game rules and mechanics related with this issue in the following chapter.

Shoot at the specific body parts 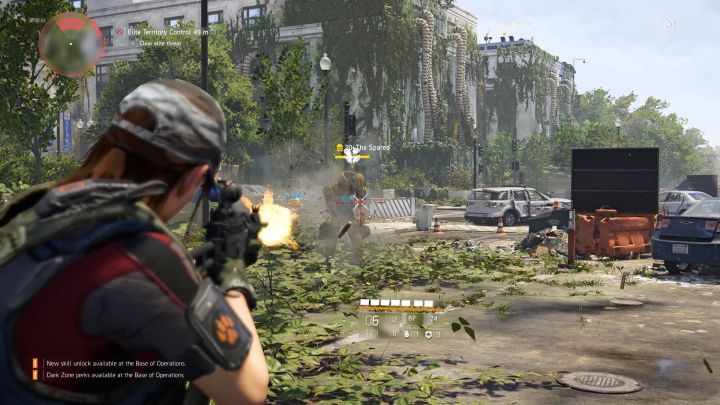 The only way to defeat armored enemies is to focus your attacks at a specific body part to break the armor.

During the first hours of the game, you do not have to worry about choosing the place you plan to shoot the enemy at. Aside from headshots, which increase the damage you deal, shooting at the torso or legs of enemies should be enough to take them down in several hits. It all changes on higher difficulty levels - a large portion of enemies will be equipped with armor, preventing them from taking any damage until you break through it. Once it happens, the armor on a specific body part will break, revealing the body of the enemy that will now be vulnerable to attacks. This is why it is worth to focus your attention to a specific part of the body, instead of just spraying the enemy with fire, shooting blindly - in the latter scenario breaking through the armor will be difficult, almost impossible and will consume a large portion of your ammo.

Use terrain obstacles for cover 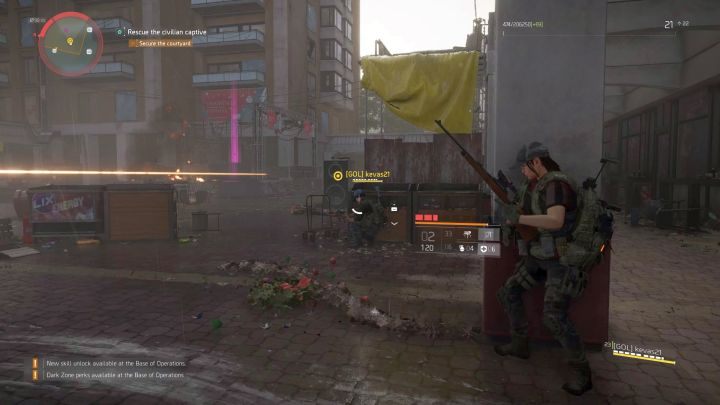 Proper usage of terrain obstacles for cover is crucial.

As it was mentioned in the introduction to this chapter, The Division 2 is a cover shooter - hiding behind covers is absolutely crucial and must always be done. The only exception to the rule is playing a character built around using the Ballistic Shield - that build requires the player to move around the enemies, focusing their attention on yourself and protecting your allies. Not using cover for even a few seconds (and in some cases just a second on higher difficulty levels) can cause your character to be knocked down. Use covers and transition smoothly between them, reacting to enemy's movements to prevent them from flanking you. Also, remember that you can shoot from behind the cover, without exposing yourself - this will have a significant impact on the accuracy, but might be the only scenario when you are pinned down by a LMG-wielding enemy or when the enemy is close enough for the accuracy to not be a problem.

Note - you can move between covers fast. In order to do this, you need to look at the cover you want to move to and hold the button responsible for hiding behind covers - your character will then quickly sprint towards the destination. This maneuver can also be used to move around the area quickly. 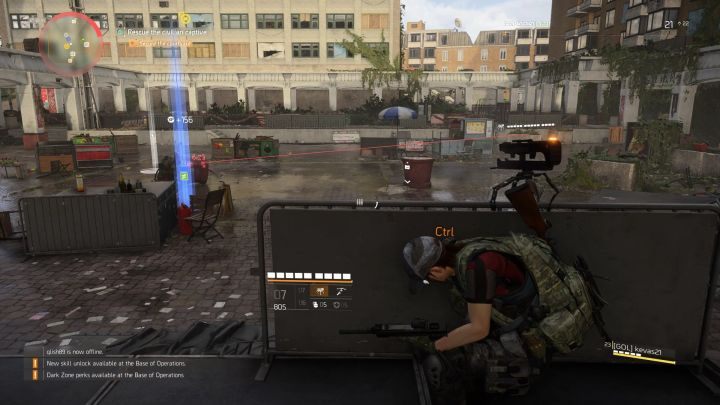 The Turret ability is perfect to divert attention off your character.

Proper selection of abilities - complementing the playstyle and the equipment you use - as well as skillful use of them is crucial if you want to emerge victorious from the encounters with the enemies. It is generally a good idea to unlock all of the abilities in the game and test them in combat to find a set of skills that suits your playstyle.

Note - the Turret and the Drone skills a perfect combination. The former, without any upgrades, will be extremely effective at crowd control and to divert the attention of enemies off your character, the latter, with the appropriate upgrade (Fixer) will allow your character or an ally to quickly regain lost armor. This is also a good combination for solo play.

Use the right tactic for specific enemies 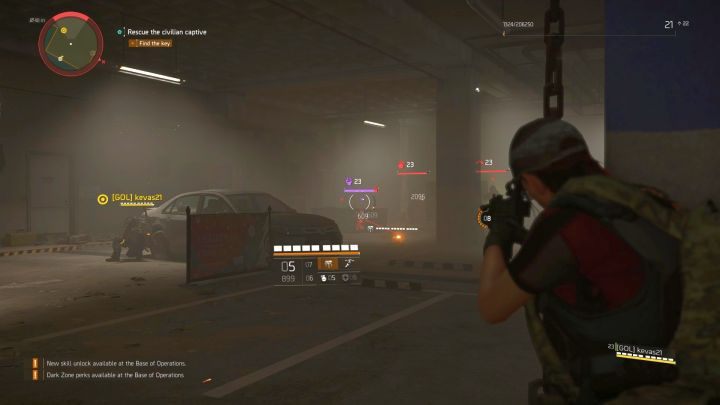 There are numerous types of enemies in the game - you will recognize them by the icon next to their health bar.

In The Division 2, similarly to the first installment of the franchise, you will stumble upon various types of enemies. They differ significantly when it comes to behavior during combat. For instance: 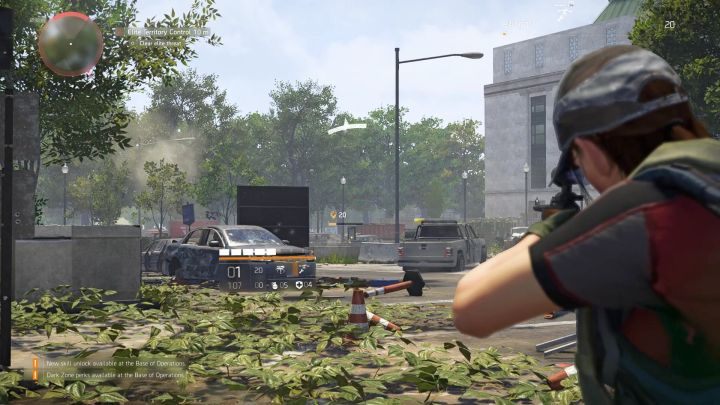 Choosing the right weapon - like, for instance, a sniper rifle in an open space - is crucial.

The battlefield in Tom Clancy's The Division 2 will constantly change - in one moment you will be fighting in an open space, where a sniper rifle will be extremely effective, but shortly afterwards you may end up in narrow corridors, where a shotgun or an SMG can be a better choice. Try to choose your weapon so that you can fight effectively at any distance and, if possible, to have an additional weapon type in your inventory to swap to in case the battlefield changes and your weapons become ineffective.