Tom Clancy's The Division 2 is mainly a cover shooter - this means that charging at everyone will do you no good. Instead, you have to learn how to use covers and deal with enemies. 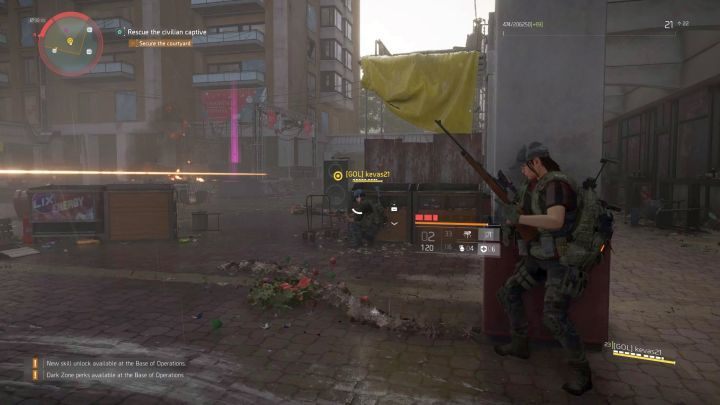 Covers are important in The Division 2.

ALWAYS hide behind various covers. If you don't play with a character focused on Ballistic Shield ability, you should always hide behind various covers. Enemies need only a few seconds (or a second on higher difficulty levels) to knock you down. Use covers and move from to another. React to enemies' movements - don't let them flank you. Remember, you can shoot "blindly" from behind a cover, without leaning out from a cover - this is especially useful when you are fighting with an enemy equipped with a heavy machine gun. You can also use this mechanic to shoot at an enemy standing close to your position - lack of accuracy won't be a problem here.

Note - you can move between covers fast. Look at a cover you want to use next and then hold the cover button - your character will sprint to that place and hide. 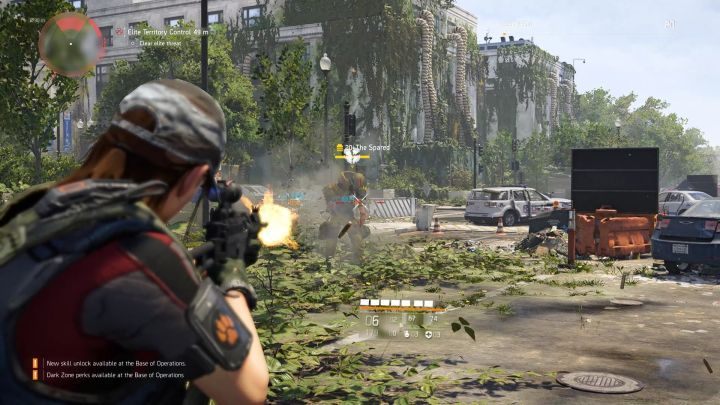 With armored enemies, you first have to break their armor by focusing fire on a single body part.

It doesn't really matter where you are shooting during the first few hours - except, of course, headshots. However, this will change drastically in the later parts of the game. Many of the enemies will be equipped with armor protecting them from damage. The only way to hurt them is to destroy their armor - when this happens, that body part will become exposed to your bullets. Therefore, you should target a specific body part instead of shooting at an enemy blindly - doing the latter won't help you break an enemy's armor. This method will also cost you a lot of bullets.

The right tactic for specific enemies 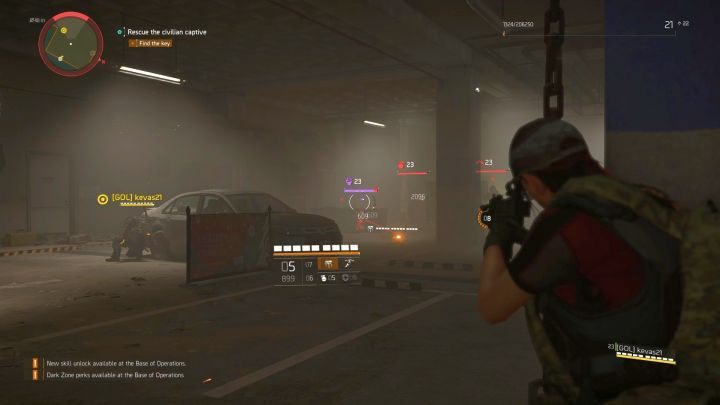 The game has many types of enemies - you will learn their type by the icon next to their health bar.

Tom Clancy's The Division 2 features many types of enemies They differ in behavior which means that you will have to approach them differently. For example: 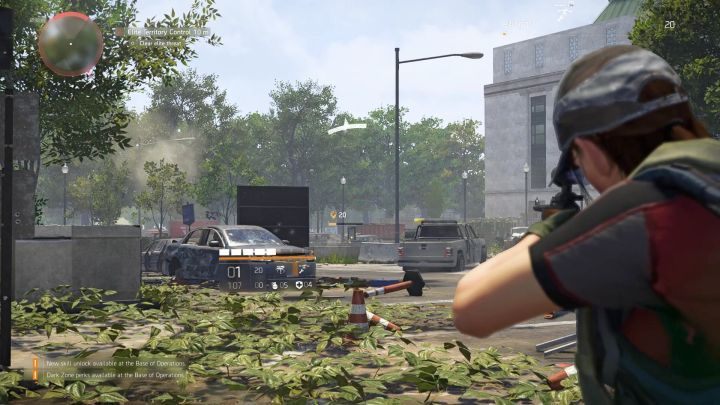 The choice of your weapon matters a lot - here, the character is using a sniper rifle in open space.

In The Division 2, battlefields change regularly - one moment, you can fight in open space using a sniper rifle, but a few moments later you will reach narrow corridors where a shotgun or a submachine gun is a better choice. Choose weapons that will allow you to fight at every distance. If you can, try to carry an extra weapon in case of fighting in a different type of location. 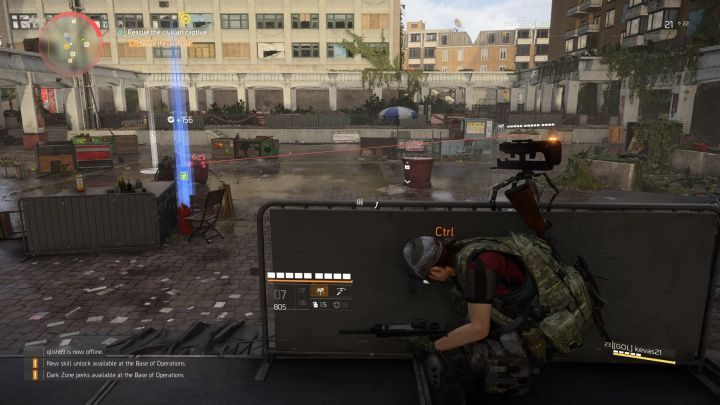 A Turret works great as a distraction.

What distinguishes players from (the majority) of enemies is that they can use special abilities. The key to winning fights is to choose the right abilities that will complement your playstyle and equipment. Try to unlock every ability and test them out in battles. Thanks to that, you will find which ones are perfect for you.

Note - we recommend using a Turret and Drone abilities. The first ability, even without upgrades, is great for crowd control and distraction. The latter, with Fixer upgrade, will allow you to replenish your or ally's armor. This set will also work when you are playing solo.