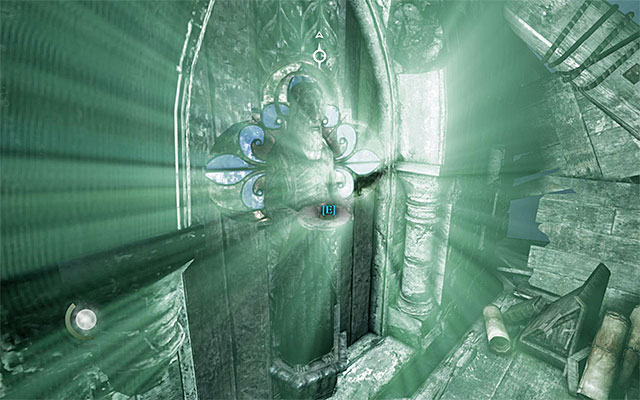 The statue that did not turn

Start by exploring the interior of tower 3. You should notice that finding the interactive books and pulling of the switches will result in turning the big statues, which will allow you to obtain two Ancient Armlets - 2x32G. One of the statues does not turn and you can solve this problem in an easy way. Climb onto the external balconies of the tower, turn left and start jumping towards the successive beams. Eventually, you should reach a small ledge and you will be able to collect the missing Ancient Armlet - 32G. return now to the place where the book was, grab on to one of the ropes and reach the balcony above, over the rope. Exit tower 3 and take the plank to tower 1. I recommend against grabbing on to one of the ropes here. Instead try to jump down to the balcony below, where there is an Ancient Ingot - 17G. You can now jump down, to the very bottom and jump over the chasm again, to leave the location with the towers. 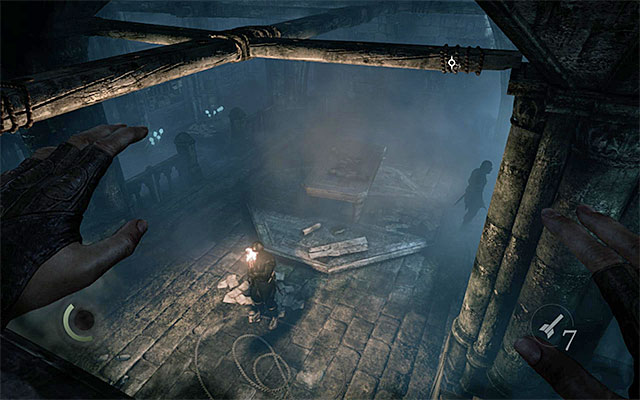 Take the beams above to avoid detection

Approach the scriptorium that you have explored earlier [Underground Ruins - Scriptorum]. In the scriptorium, there unfortunately appeared two new opponents, in the meantime, so go to the end of the corridor and find the place where you can climb on to the ledge above. This will allow you to get onto one of the beams under the ceiling, thanks to which you will be able to avoid meeting the enemies. Note - you can also try to rob the guards but this is risky, of course. They have two Coin Purses - 3+3+7G and three Coin Purses - 3+5G respectively. Regardless of what you did, leave the scriptorium [Underground Ruins - Forgotten Ruins]. 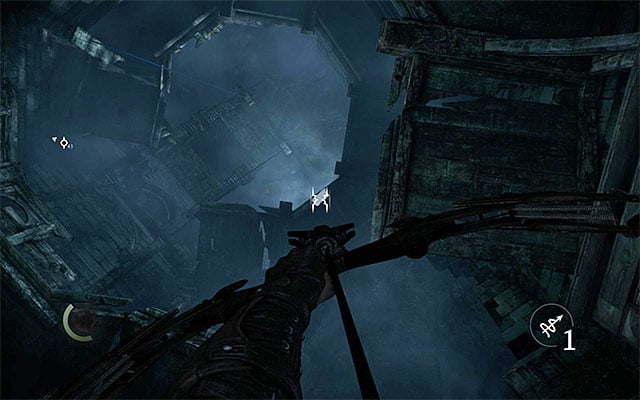 Do not hurry to get to the upper parts of the ruins, because you will encounter two other enemies. The Opponent with the torch goes, most probably, towards the scriptorium and his colleague will watch over the upper staircase. You can try to walk around the enemies on your own, or enter the tower on the right and use the rope arrow in the location shown in the above screenshot. Doing this will allow you to avoid the threat completely. Note - if you have nothing against approaching the opponents you can steal a Coin Purse - 7G from one of them. 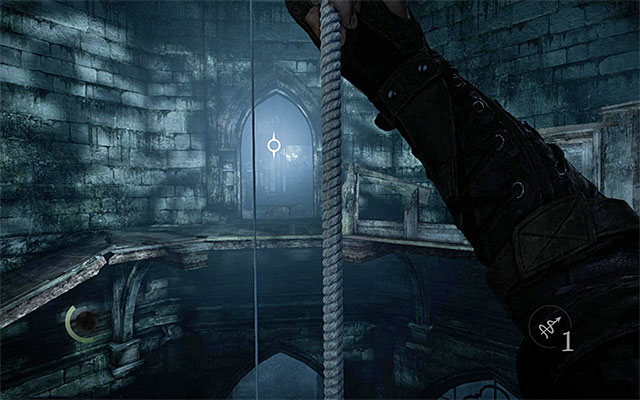 A new passage on the upper floor

Carefully, approach another room, where there is a guard with a torch. Try to rob that character of two Coin Purses - 12+3G, and divert his attention with a throwable. Quickly, climb onto the crate and jump to reach the lowest rope. Climb up the rope and take another jump, which will take you to the balconies above. You can now take the passage that was inaccessible earlier, to go West. 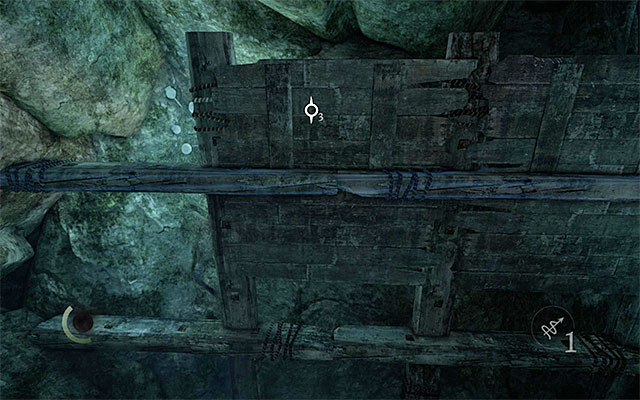 You need to jump towards the interactive ledge

The final part of this mission is linear and very undemanding. After a few moments, Garrett will reach a chasm. You need to run up here and jump over the chasm, and grab the interactive ledge. Shimmy to the right, do not stop anywhere (one of the ledges will crumble and fall off after a while). Finally, climb onto the ledge above, which will start a cutscene that ends this chapter.

This site is not associated with and/or endorsed by the Square-Enix / Eidos or Eidos Studios. All logos and images are copyrighted by their respective owners.