In this chapter of the Baldurs Gate 3 guide, you will learn how to properly compose a team in order to gain as much advantage as possible during the gameplay and be able to take care of any opponent encountered on your way.

When creating your team in Baldurs Gate 3, it is worth paying attention to several important issues in order to be prepared for any possible situation. You will certainly need an ability to inflict damage in direct contact and from a distance, have access to powerful spells that inflict damage to one and many targets at once, as well as utilize useful spells that heal, strengthen and place curses on opponents. Not unimportant will also be the non-combat skills of the characters, which can facilitate conversation checks or make it possible to get certain items. 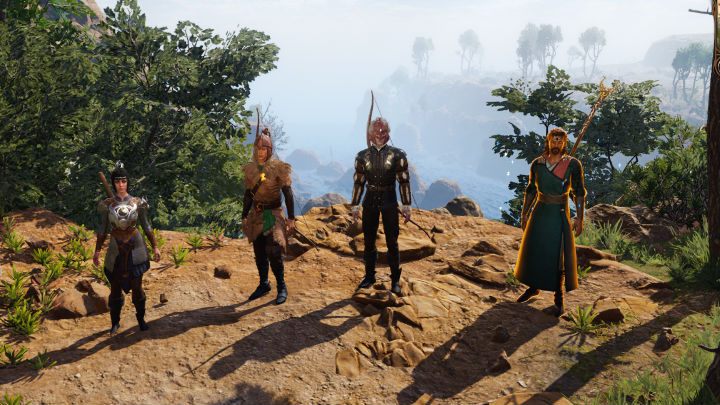 Before you start creating a team in Baldurs Gate 3, it is worth knowing some useful tips that will greatly facilitate this process.

Baldurs Gate 3 is still in early access for the moment and that is why we are offering team compositions based on independent characters that you can join your team as you progress through Act 1. The lineup of the team will depend on the choice of the main character.

Comprehensive characteristics and ready-made builds for each character class available in Baldurs Gate 3 can be found on separate pages of this guide.

The first proposed line-up involves a main hero that is a Ranger - as a reminder, you won't find a Ranger companion in the Early Access of Baldur's Gate 3.

In the case of the second proposed team composition, we have a Cleric with Light Domain as the main character. Unfortunately, in the Early Access of Baldur's Gate 3, the character of Shadowheart is not developed properly.