This page of the Baldurs Gate 3 guide describes how to learn new spells from magical Scrolls. In addition, we inform you about the requirements and limitations of this feature. 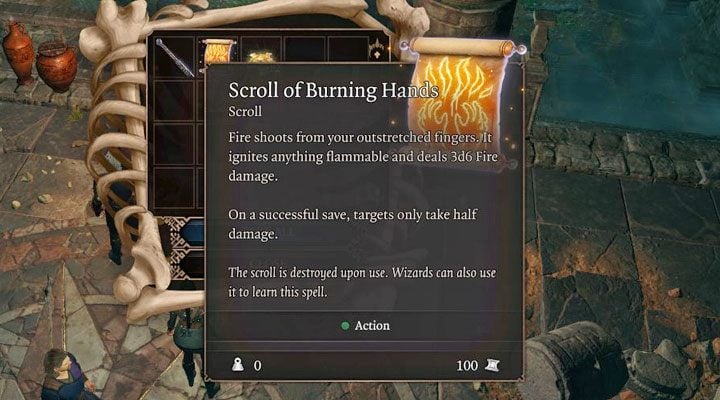 Scrolls are magical spells that, by default, are consumables. They can be used in the same way as potions or throwables. Their advantage is that the spell can be cast by any character who has a scroll in his or her inventory. Their disadvantage, however, is that once the spell is cast, the Scroll is irretrievably lost. Some consolation is that for some spells the effects of the action can persist for a long time, for example for a certain number of rounds or until the team rests.

You can find new scrolls in the game world and buy them from merchants - in the latter case, we advise you to buy only the most useful spells that you failed to find through exploration.

Wizards are the only class that can learn spells from Scrolls. This option is unfortunately not available for all other character classes. The advantage of this feature is that the spell the Wizard learns is permanently added to his or her list of spells. It will not be lost once it is activated.

How do you learn a spell? 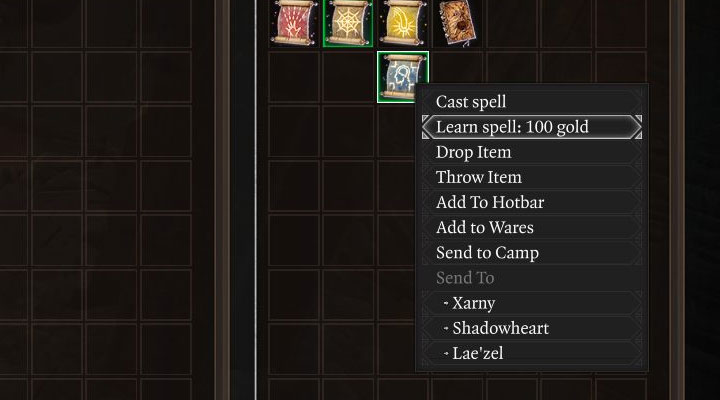 Start by transferring the scroll of interest to your Wizard's inventory. If your main character is not a Wizard, in the early access version of the game, only Gale can learn a spell in this way. The circumstances of recruiting this character are described on the Playable Characters List page of this guide.

Right click on the scroll and select Learn Spell. The important information, in this case, is that you have to pay gold for learning a spell. The simplest spells require 50 pieces of gold, but in the case of more complex spells, it may be even 100 pieces of gold. 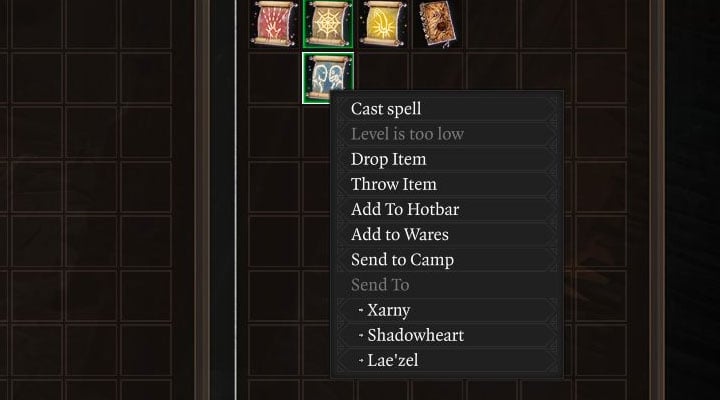 When trying to learn a spell, the game can block you in two different ways. The first limitation is that the character's experience is too low. It may be necessary to level up your Wizard before he or she can learn the chosen spell. This problem concerns more complex spells, such as the Speak with Dead spell. 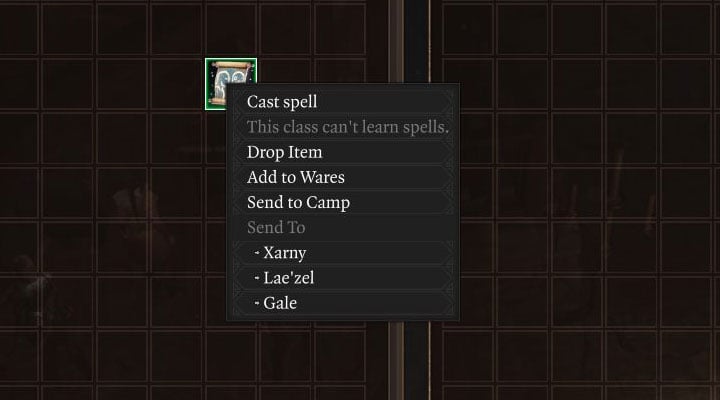 The second type of limitation is a warning about trying to teach the spell to the character representing the wrong class. Make sure that the Scroll is in the Wizard's inventory and that it is this inventory that is highlighted as active.