From this chapter of the Baldur's Gate 3 guide, you will learn how to easily and quickly defeat a stronger opponent in Whispering Depth - Phase Spider Matriarch, and what reward you can get for doing this.

Phase Spider Matriarch is one of the stronger opponents in Baldur's Gate 3, which is part of the Predators of the Ethereal Plane and is found upon entering the Whispering Depth. The opponent is waiting for you at the very end of the underground cavern. Remember to prepare the party for this encounter. Phase Spider Matriarch is at level 4, has 138 health points (stamina), can teleport, spit acid, and attack with her legs with deadly effectiveness  one attack is enough to defeat the less resistant party members. 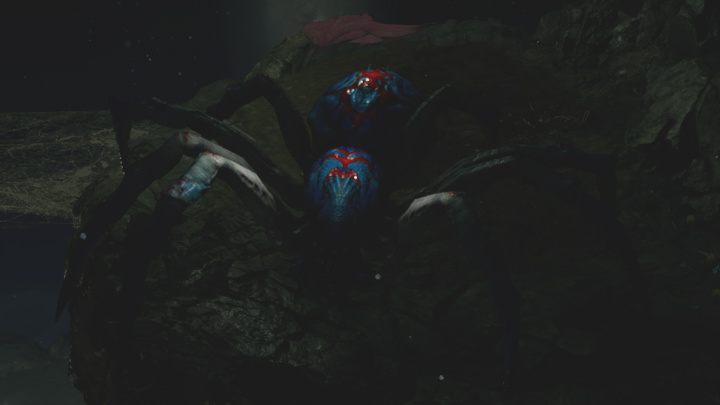 Whispering Depth  how to get there?

You reach the Whispering Depth from the Blighted Village. Once you have cleared the area of the enemies, walk to the well on the village's central square and pass the perception skillcheck. After that, you can use the rope on which the bucket is hung to go underground. 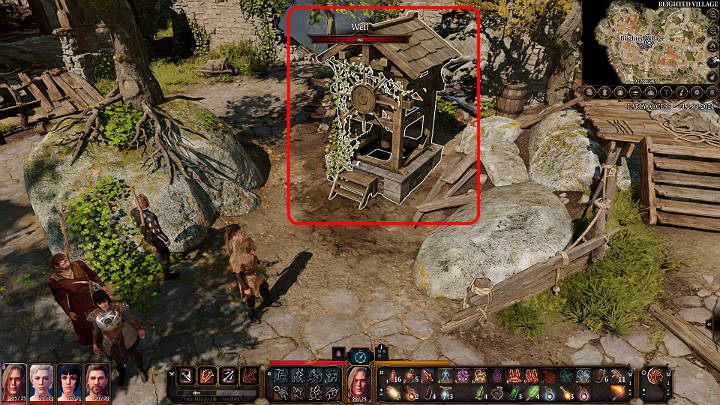 The caves of the Whispering Depth are connected by sticky cobwebs on which the party can move between the floors. The problem, however, is that when a character is standing on a spiderweb, they must make a defensive throw to avoid being Enwebbed - this greatly hinders exploration as well as combat. When the character's defensive throw fails, they are caught in the web and immobilized (Enwebbed), unable to perform any actions, and alerting nearby creatures of their presence. For this reason, it is worth making sure that at least one of your characters has Spiderstep Boots. 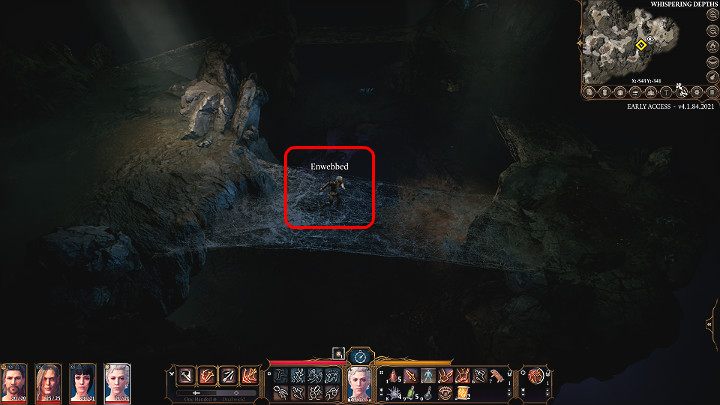 Spiderstep Boots - how to get?

After entering the Whispering Depth, turn left and continue ahead until you reach a large chamber where one of the followers of the dark deity Lolth is. Get the Spiderstep Boots from the skeleton lying against the wall on the right, next to the entrance. 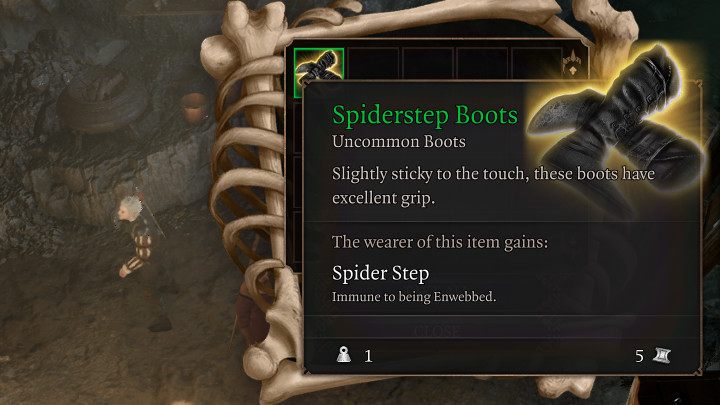 As you can see in the image above, the Spiderstep Boots make one of your heroes immune to the Enwebbed status. The item allows them to move freely around the Whispering Depth without alerting nearby creatures.

The first priority is to destroy all Phase Spider eggs before starting the fight. If you don't, the Phase Spider Matriarch will immediately teleport to them and use the ability to hatch the little spiders. Despite having only a few health points, they can be a nuisance and bite hard  especially if they attack the same character in a group.

Select a character who can use a bow or has at least a dozen of throwable items. Also be sure to equip them with Spiderstep Boots because you will have to walk on the cobwebs. 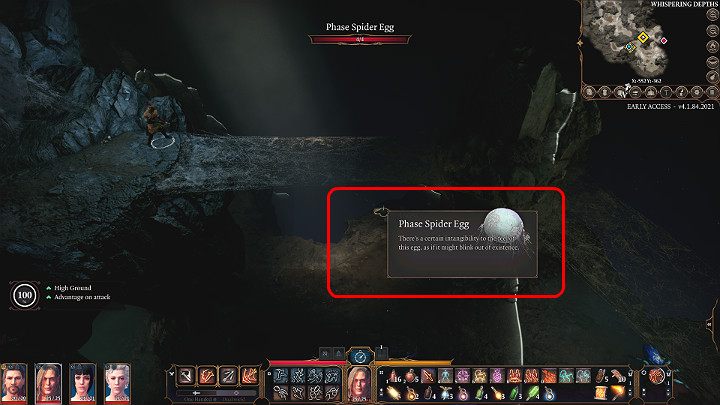 Take positions on the solid ground opposite the Phase Spider Matriarch. The first Phase Spider eggs can be found at the bottom left of the cavern. Force an attack on the egg (hold the left Control) and destroy them one by one. Before you move on to the next step, make sure all the eggs have been destroyed. 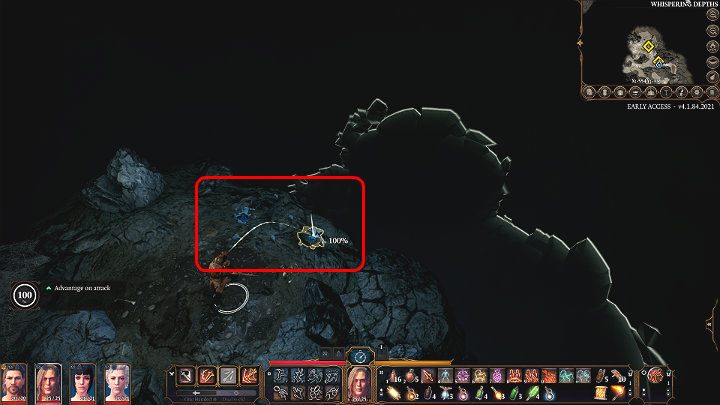 The other Phase Spider eggs can be found on the platform to the right of the Matriarch, which can be accessed by the cobwebs. These eggs can be destroyed with melee or ranged weapons. However, make sure they are all destroyed. 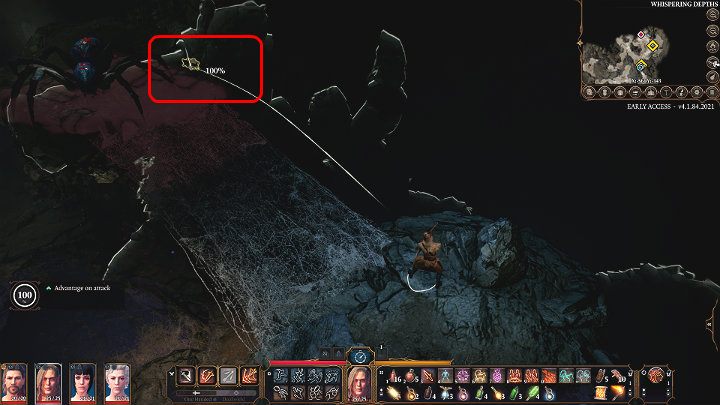 The last eggs are right next to the Phase Spider Matriarch  you will have to be particularly careful when trying to destroy them. Hide in the shadows and wait for the opponent to turn around and start going the other way. Shoot the egg with a bow or use one of the throwable items and throw it at the target, then immediately go back to the shadows. Keep repeating the process until all eggs are destroyed.

After all the Phase Spider eggs have been destroyed, it's time to prepare for a challenging battle. Make sure each member of your party has access to a fire spell, like a Fire Bolt or Burning Hands. 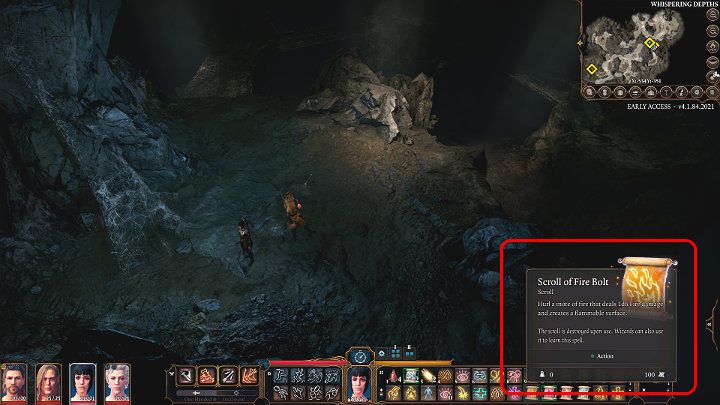 Note that heroes who can't use magic can use Scrolls, which are used as a regular Action instead of a regular attack. You'll need at least two such spells for this fight, so check your equipment well. 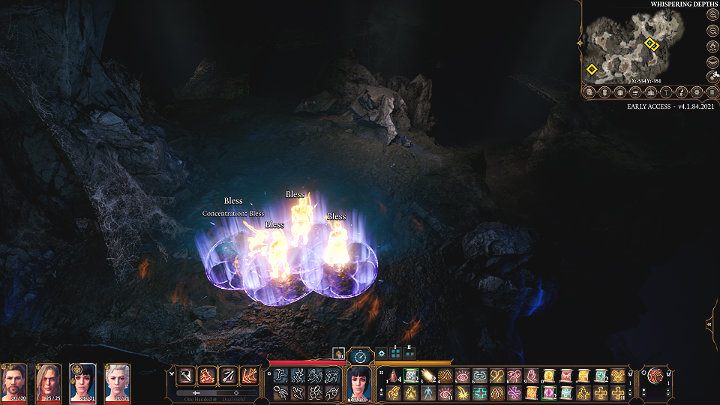 It is also worth using supporting spells, such as Bless, which will give the heroes a bonus for attack and defense throws. This is also the best time to use the Mage Armour spell to increase the Armor Class of party members who are more vulnerable to damage (Mages).

After destroying all the Phase Spider eggs and using all the necessary protection spells, you can start fighting the boss. Be sure to stick to the main area and not move to other platforms. As soon as you start fighting, the Phase Spider Matriarch will automatically teleport to one of the cobwebs. It's not surprising, because it's her natural environment, but you can and should take advantage of it! 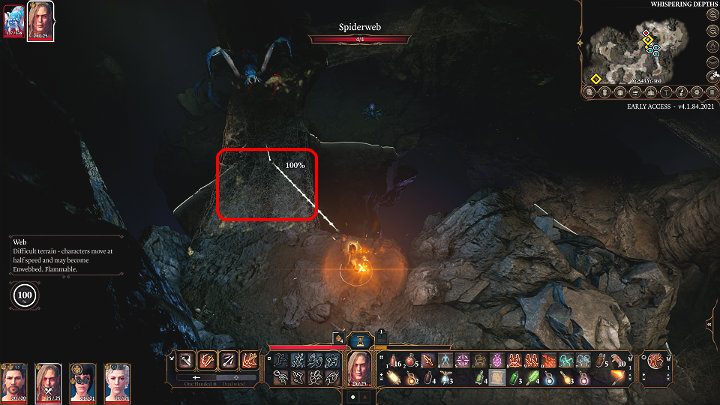 Depending on which of your characters starts a turn, make sure that this person stands on solid ground. Then use the Fire Bolt spell or use the right scroll and aim at the cobwebs  not the opponent. 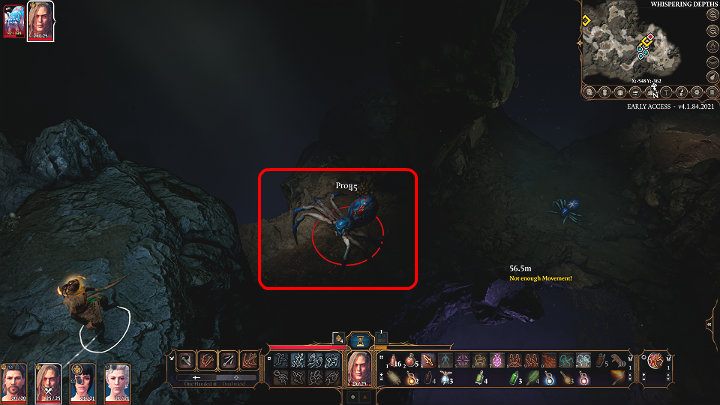 The web is susceptible to fire so it will burn quickly and the opponent will fall to the bottom of the cave, get Proneb status, and receive a large amount of damage from the fall. 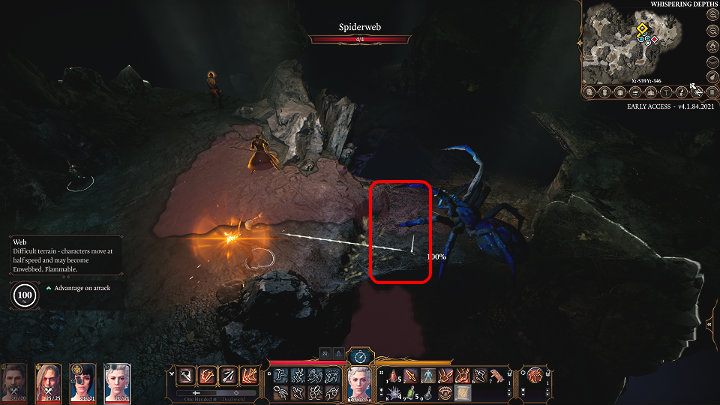 Now, wait for the Phase Spider Matriarch to stand on her feet again and jump on the other cobwebs  you will be able to knock her to the ground again. Remember to aim at the cobwebs, not directly at the opponent. 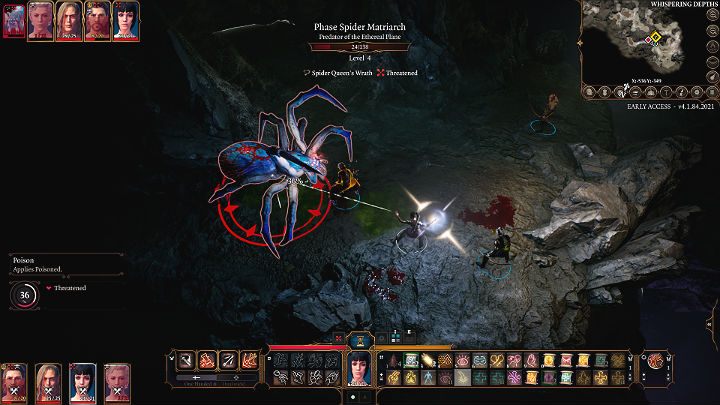 When the Matriarch reappears at the top, you can finish her in two ways. Since the Matriarch has a few health points left, you can use simple attacks and spells to finish her off or you can opt for other tactics. 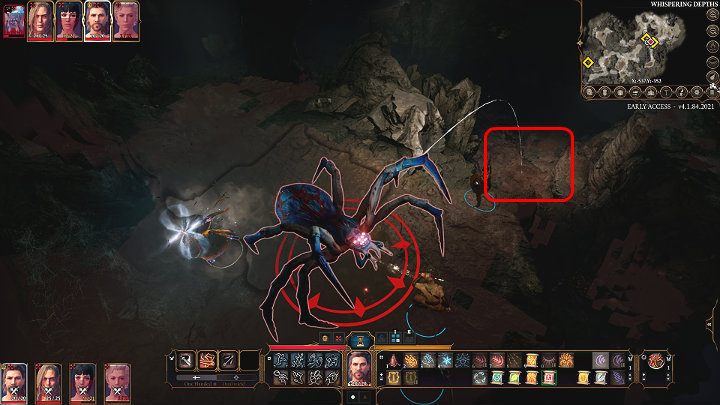 If you have a Wizard in your party, you can use the Thunderwave spell to push the enemy off the cliff again. This fall will prove fatal, and the fight will end with your swift victory. Note that by aiming at your opponent with a Thunderwave spell you can determine where that enemy will land after getting hit. Make sure that the white line points to the lower level of the cave.

Phase Spider Matriarch is too large to be affected by the regular Push action. You need spells such as Thunderwave to move heavier opponents.

Killing the Phase Spider Matriarch will, of course, be appropriately rewarded. Loot her to find a rare green item  a Poisoner's Robe. The robe has 10 Armor, +3 to Dexterity, and a very interesting property that causes an additional 1d4 damage from Poison every time the character wearing it uses spells that deal Poison damage. 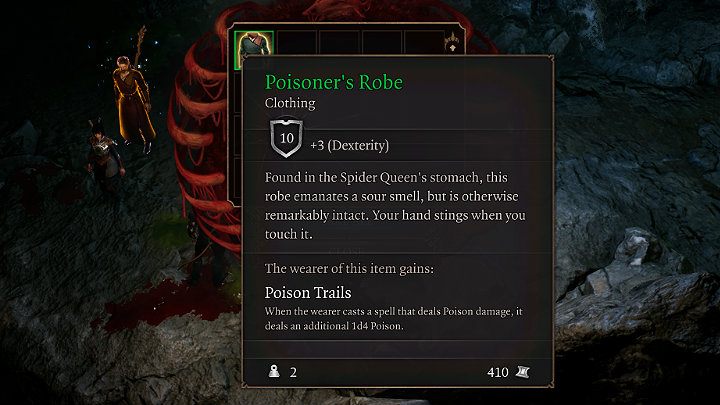