This chapter of the Baldurs Gate 3 game guide describes a ready Rogue build. We suggest which race works best as a Rogue, how to best assign ability points, what equipment and spells to choose, and what skills to select.

In Baldurs Gate 3, Rogue can be developed in many ways. When creating your character, you can choose the path of a skillful assassin and thief or a mystical conman who can make life miserable for opponents with various curses and offensive spells. The classic assassin Rogue is probably the most popular choice in any role-playing game and we also decided to take this path in our proposed build. Specialization (subclass) allows the Rogue to perform several additional actions during one turn, which in opens up huge opportunities for him. 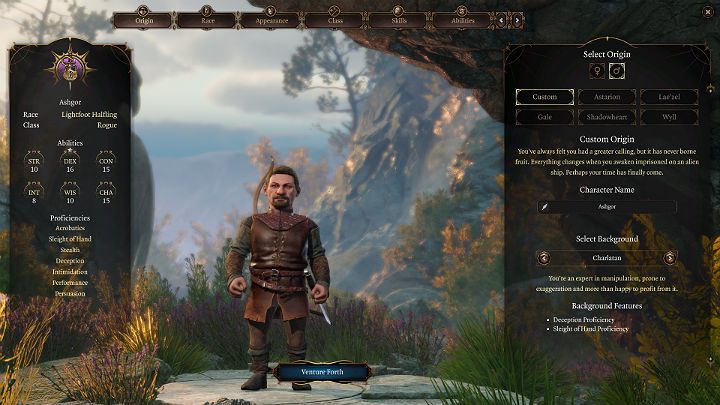 When choosing the right race for the Rogue class, it is definitely worth choosing Lightfoot Halfling. Below is a list of bonuses your character will receive.

If for some reason you don't want to play as Halfling, you can also choose an Elf or a Drow. The most important thing is to find a class that will give your character an extra 2 points to Dexterity.

When choosing the background for your Rogue, it is worth choosing between options that benefit from a developed Dexterity and avoiding those that guarantee skills related to Intelligence, which is not used by Thief Rogues. There is no need to focus on a background that grants proficiency in sneaking, as you will gain this ability as the Halfling race. The proposed build also develops Charisma to make the character perform well during the dialogue.

By creating a Rogue-class character in Baldur's Gate 3, your hero will immediately acquire some proficiencies, as well as additional special actions, which are the signature skills of this class.

The way both sneak attacks work is very simple - the hero adds an additional 1d6 cut damage to the regular hit after a successful attack, that is, the opponent receives damage as if from two sources.

When choosing skills for your Rogue, pay particular attention to those that will benefit most from his main abilities, such as Dexterity and Charisma. Avoid those associated with Intelligence. 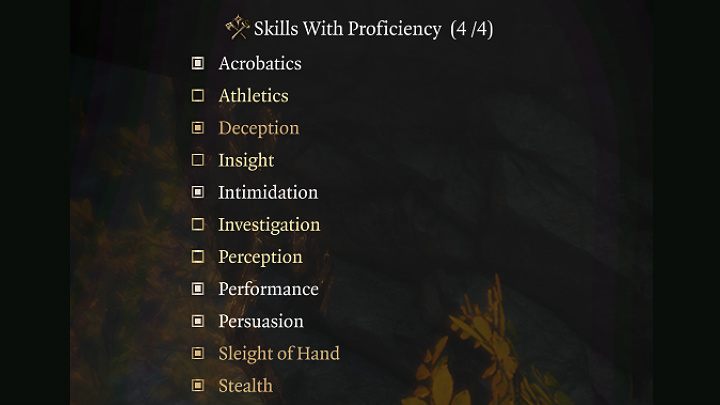 When developing Rogue's abilities, one must first focus on Dexterity and Constitution. In this build, we also develop Charisma. 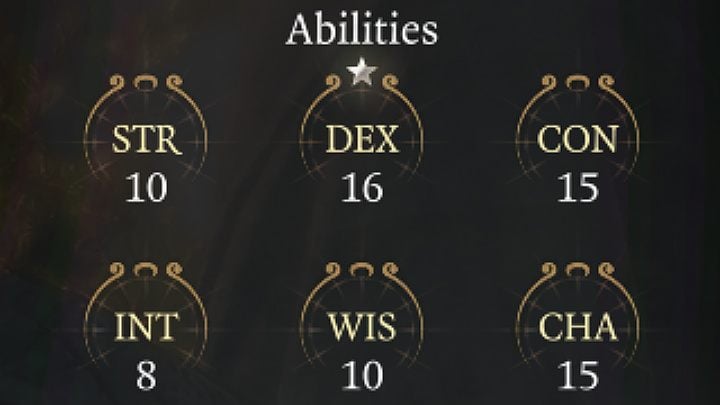 We propose to assign the Rogue ability points as follows:

After reaching level 2, Rogue gets access to a special feature called Cunning Action: Dash, which can be used once per turn. Receiving this ability opens up a whole range of new possibilities for your hero.

When choosing a weapon for your Rogue, we suggest two one-handed weapons, such as short swords and a long bow as auxiliary weapons. With this set, your hero will be extremely effective in direct combat (attacks in the back), and will also be able to quickly finish the target from larger distance. With the additional action gained by carrying two one-handed weapons (Offhand Attack), Rogue will be able to attack up to several times over the course of a single round. Your Rogue should wear light armor, which provides a Dexterity bonus. 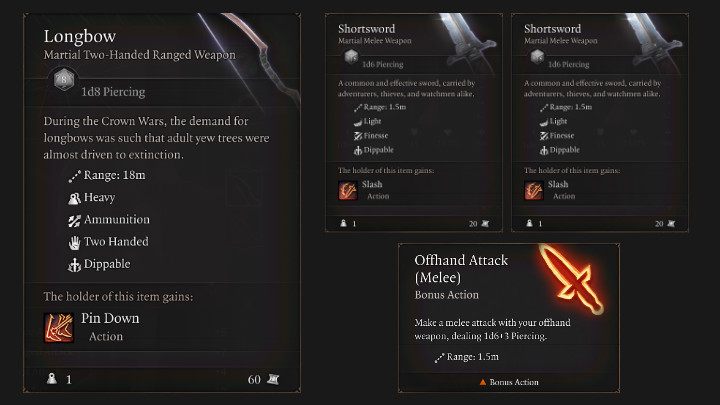 It should be noted here that the Offhand Attack to which your hero will have access after equipping him with two one-handed weapons is a Bonus Action. This means that in one round you can use a Sneak Attack (Action) and then finish your opponent with the Offhand Attack (Extra Action).

This Rogue build focuses on the Thief subclass, whereby your hero gains two passive abilities and can use his supernatural Dexterity to perform additional actions during one turn. 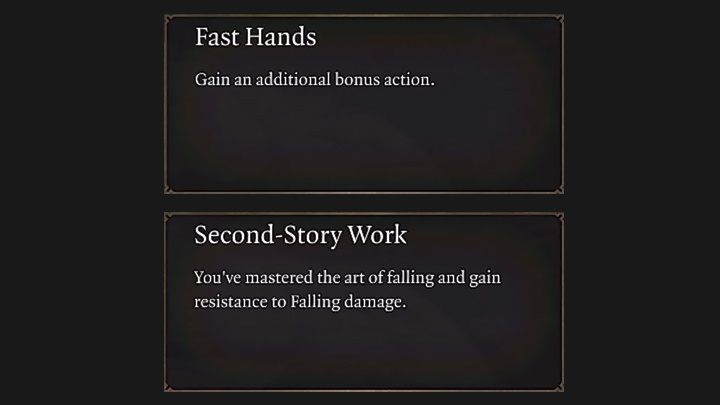 Using fast hands means that you will be able to use a sprint in one turn to get close to a target standing on an elevated platform (balcony, slope), and then use a jump to get behind his or her back and execute an attack. You can also use this passive skill to attack a nearby opponent twice with the Offhand Attack.

After reaching experience level 4, you will be able to improve your Ranger's abilities by spending additional 2 points on chosen abilities. This is the best time to increase Dexterity to 18 points.

Before you start playing Baldurs Gate 3 as a Rogue, you should know a few key tips that will greatly affect your hero's combat effectiveness and help you choose the right targets.