This page of the Baldurs Gate 3 game guide contains a solution to the puzzle with the gnarled door to the witch's hideout located beneath the Teahouse. Our walkthrough guide describes two main methods of dealing with the door blocking access to the next areas of the hideout.

Location of the witch's hideout 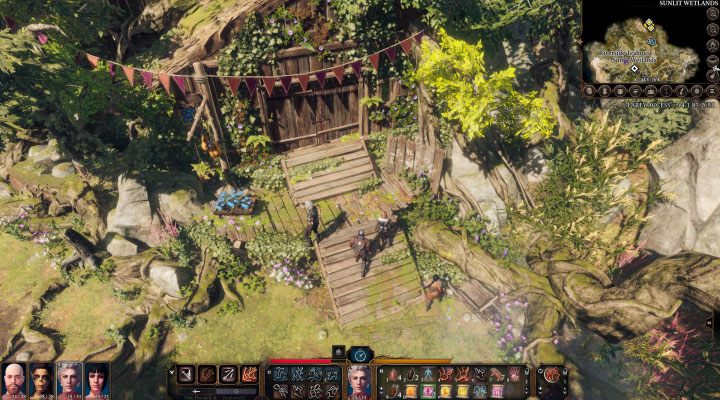 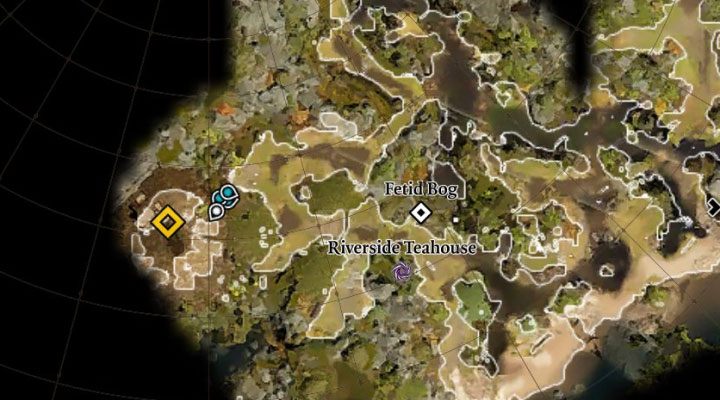 The witch's hideout is linked to the Teahouse quest, which involves meeting Auntie Ethel in her cabin. The Teahouse is located in the southwest part of the main map.

During this encounter, it turns out Ethel is a witch and you need to rescue Mayrina held by Auntie. 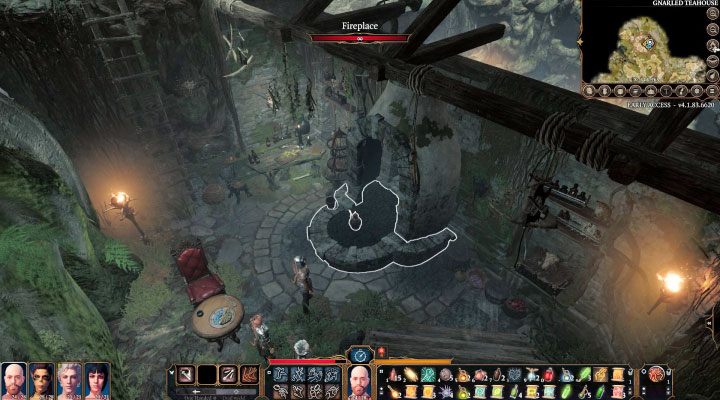 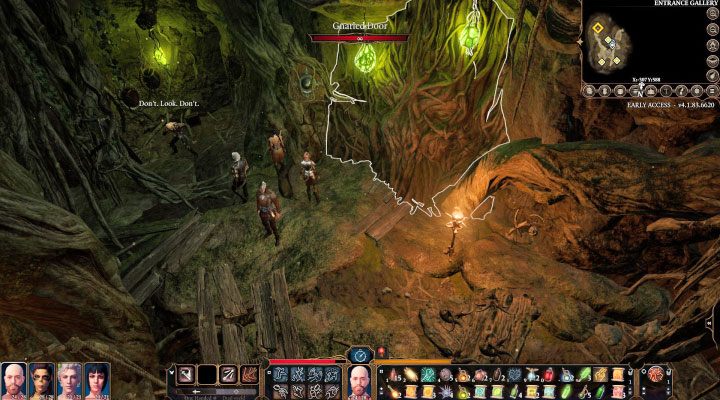 Gnarled Door is located in the first Chamber of the witch's lair. You can reach them by interacting with the fireplace in Ethel's cabin - the flames will be extinguished and a secret passage will be revealed.

How do you open the gnarled door? 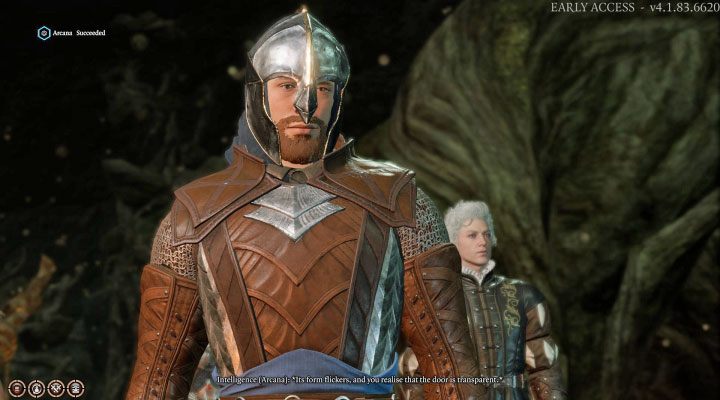 The option of using a thief's tools won't work on large doors. You can't open them that way, even if you use the services of a trained rogue thief.

The first way is to interact with the door and start a "conversation" with them. During this sequence, you have to pass an Arcana skill test. If you pass it (example in picture), the protagonist will determine that the door is an illusion. If you fail the test, you can load the last save file and repeat the test, preferably as a character with a highly developed intelligence ability. 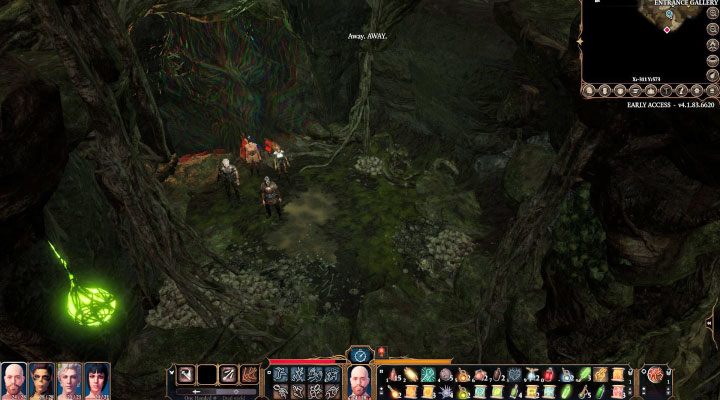 Turn the camera so you can see the path behind the door. Click on it and the whole team will walk through the door-illusion. 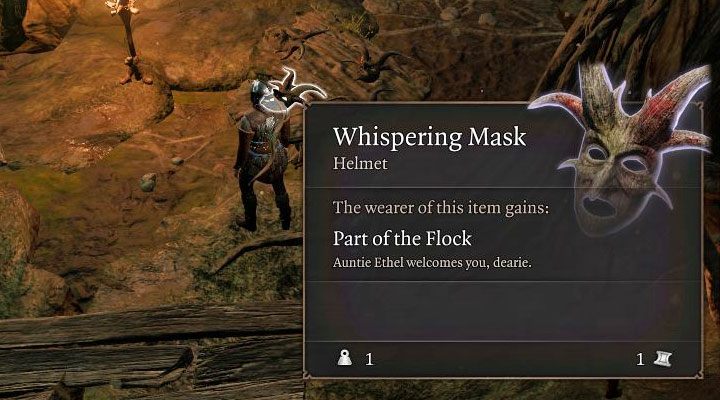 The second way is recommended only if you fail the Arcana test and, despite possible further attempts, you fail to successfully complete it. Take a look at the Whispering Masks lying on the table. Take them and distribute them among your party. 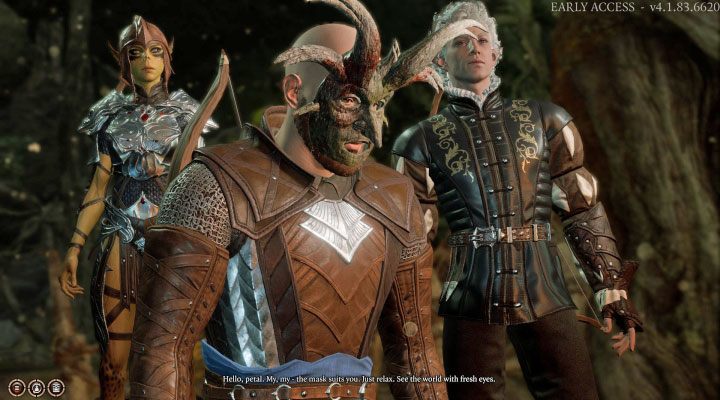 You can wear the mask in the same way as any other headgear. There are two very important features associated with it: