On this page of the Baldurs Gate 3 game guide, you will find various tips and hints on how to die less often. Our guide focuses on the threats that arise throughout the game, as well as individual battles and unique sections that can lead to the death of a teammate.

Look for other ways to fight back 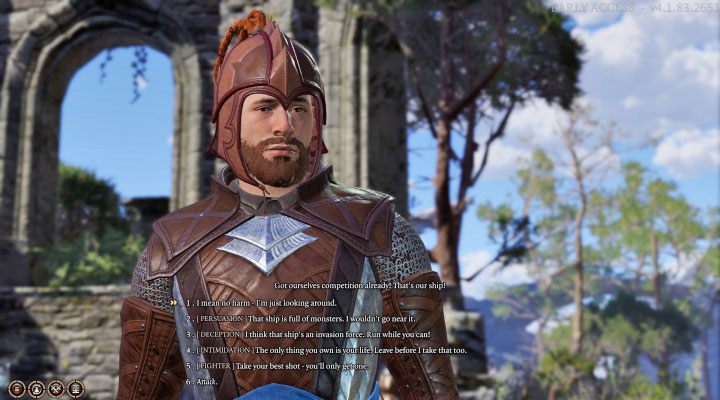 Additional note - Do not try to avoid every fight at all costs, as winning them is rewarded with an opportunity to loot defeated opponents. If possible, choose battles your team will be able to win.

An activated trap can kill a team very quickly 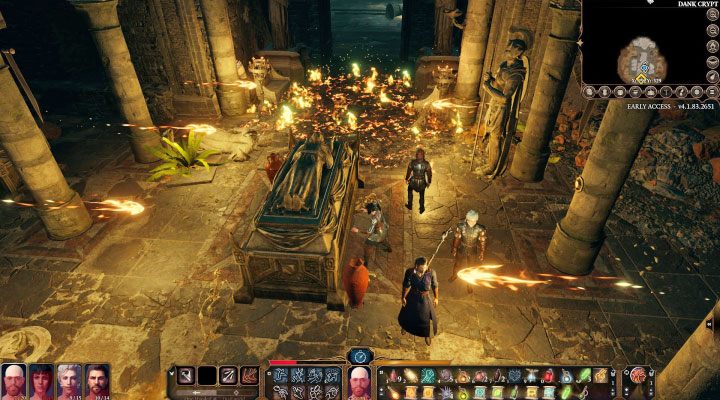 All traps in BG3 are very dangerous, and that's because they cause a lot of damage upon activation. They can deal a lot of damage or result in the death of either a single hero or the entire team (if the trap has an area effect, for example, it leads to an explosion).

Look for traps primarily in dungeons and closed / guarded chests. Perception tests may help in discovering them. Even if your character fails a perception test, it is still a warning that there may be a trap in a given location. The traps you find are worth disarming if they block access to valuable treasures. However, remember to save the game in advance so that in case of a failed attempt, you do not activate the trap or lose the set of tools to disarm the traps. 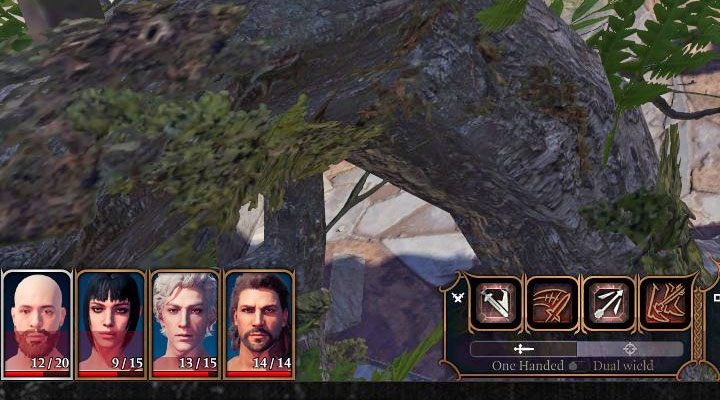 In Baldurs Gate 3, it is easy to forget that health bars are not replenished by default. As a result, you can lead to a team of severely weakened heroes into battle. Also, after joining the battle, react to situations where someone on the team has received major damage, e.g. as a result of a strong attack or a critical hit.

Proven methods of restoring lost endurance points are described in the Healing -how to heal heroes? page in the FAQ section of the guide.

Try to recruit Intellect Devourer in the prologue. 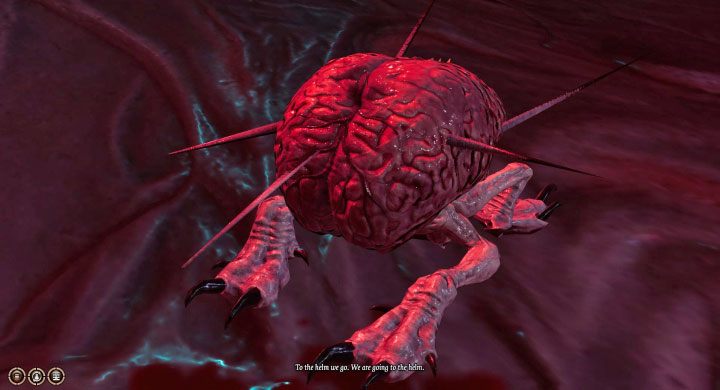 This becomes possible soon after the game begins, specifically after you reach Myrnath and initiate a conversation with the "talking brain". You can pass one of the few skill tests available and extract the brain without destroying it. The Intellect Devourer can join the team for the prologue. Its presence will make it easier for you to complete the mandatory battles throughout the prologue, including the first one against the Imps and the battle on the captain's bridge. After Lae'zel joins the team (automatically), you will be able to control a total of three party members in the prologue.

The description of recruiting the Intellect Devourer can be found in the Myrnath and the talking brain - Nautiloid page in the chapter on solving puzzles.

Shadowheart will help in first fight against the Mind Flyers 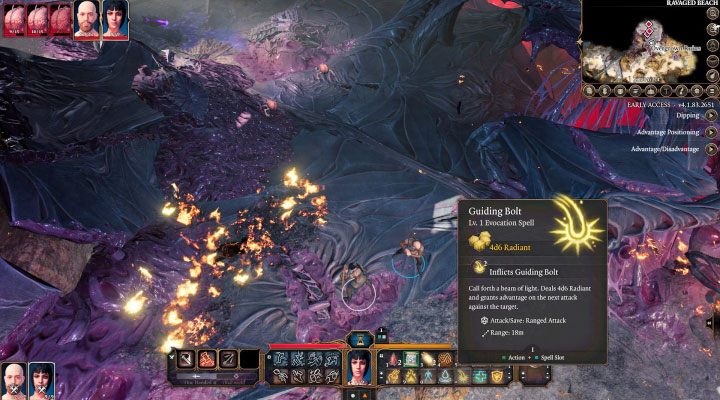 Once you start the first chapter of the campaign, get to the entrance to the Overgrown Ruins on the beach as soon as possible. In front of the closed entrance to the ruins, you'll encounter Shadowheart cleric, whom you can recruit without any trouble.

Shadowheart will help you defeat the first group of Mind Flayers. This is the mandatory clash that takes place at the site of the Nautiloid shipwreck, north of the beach where the struggle began and west of where you met Shadowheart. During the battle with monsters, you can use the cleric's Guiding Bolt spell, which is capable of inflicting significant ranged damage. A successful hit with Guiding Bolt can even instantly kill the attacked Mind Flayer.

Don't disturb allies in the battle in front of Druid Grove 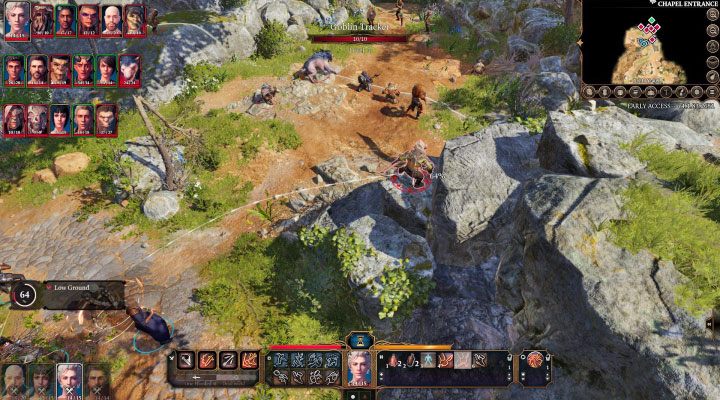 The battle with the goblins, which takes place in front of the main entrance to the Druid Grove, is definitely one of the more challenging of the game's early stages. In theory, you can try to bypass it, as you can access the Grove through a secret underground passageway, but trying to ignore it will make it unnecessarily difficult for you to continue.

One of the most important information about this battle is that the allies from the Grove are involved in the fighting. Allow them to fight opponents positioned closest to the gate and draw the attention of the goblins. Avoid using area attacks that can hurt them. Fortunately, the death of one of the defenders of the Druid Grove will not lead to the collapse of the battle, and there are no important NPCs among the combatants.

After joining the battle, it is best to focus on attacking goblins on the outskirts of the battle area, including at least one Archer. Look for opportunities to push opponents off high rock shelves and to engage them with your team members fighting at a distance so that they have a bonus for the chance of successful attacks.