This page of the Baldurs Gate 3 World Atlas revolves around the map of the M1 - Nautiloid flying ship. Our guide describes all the important locations aboard the ship from the campaign prologue. You'll also learn about the more difficult battles that occur aboard Nautiloid. 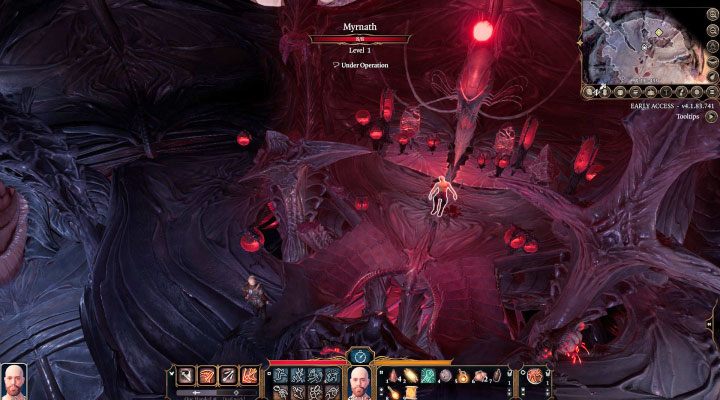 1. Myrthal and the talking brain. On the upper level of one of the first rooms, you can find a man who has undergone a surgery. The talking brain will ask for liberation. You can accept this request and pass one of several skill tests or refuse and destroy/defeat the brain in combat. This choice was further described on the Myrnath and the talking brain - Nautiloid page.

1. Imps. They are the first monsters you encounter in the game and confronting them is mandatory. When dealing with these creatures, it may be helpful to have Intellect Devourer in your party and to detonate the tanks located there with distance attacks. 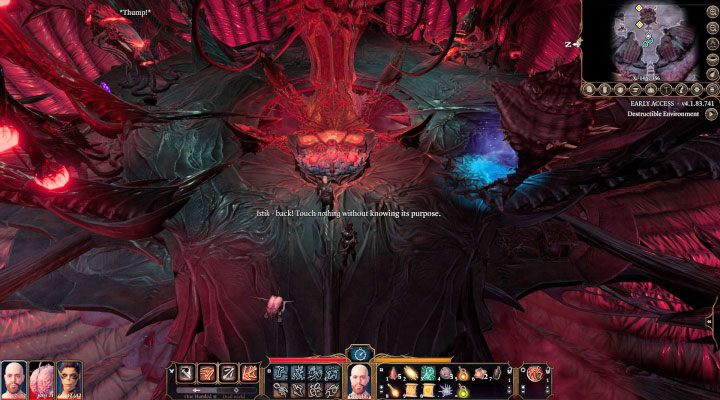 6. Terminal with 3 buttons. Each button has a different action, with the choice generally limited to freeing characters from pods and fighting them (middle button) or murdering imprisoned people (right button). In one of the pods, there is Shadowheart the cleric, but it is impossible to free her now-it will only be possible after the prologue is finished and you meet her on the beach (the M2 map in our guide). The location of the prisoners is described in more detail on the Prisoners in the pods - Nautiloid guide page.

9. Transponder. This is the main destination during the prologue. You need to reach the transponder as any team member and interact with it to renew transmissions. This will allow you to complete the prologue and move to act 1 of the campaign.

1. Intellect Devourer. You can help him get out of his brain and "recruit" him during the prologue.

2. Lae'zel. She is a friendly warrior who will automatically join the team upon reaching the left side of the ship.

2. Commander Zhalk. He's a very strong opponent on the captain's Bridge, but hopefully, he'll be busy fighting someone else.

Further information about the Nautiloid map

The entire prologue of the campaign takes place aboard the Nautiloid flying ship. You can treat this part of the game as an extended tutorial. You'll be able to become familiar with the basics of exploring the game world, fighting battles based on a turn-based fighting system, interacting with elements of the environment, or commanding a team.

At the conclusion of the prologue, the Nautiloid makes an emergency landing and crashes. This means you will not be able to return to the ship after moving to the first act of the game. However, there will be an opportunity to examine fragments of the shipwreck.

The game does not require visiting the flying ship at 100% to complete the prologue, but it is nonetheless advisable. You'll be able to find more loot and gain more experience points.