This page of the Baldur's Gate 3 guide has the most important information about stealing. You will learn how to steal items lying in plain sight and stored in chests, how to pickpocket, how to avoid detection and how to recognize items owned by someone. 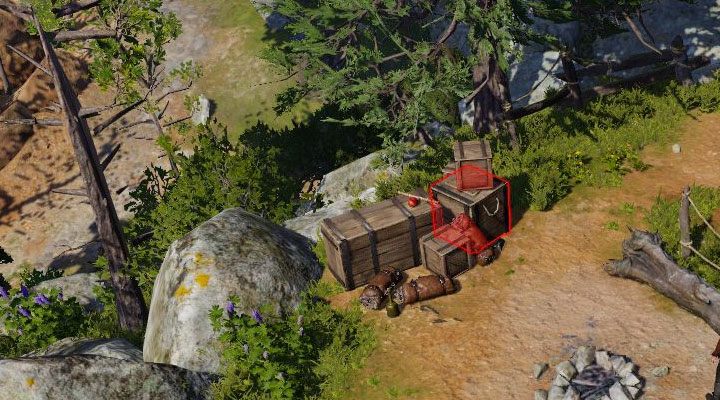 All prohibited interactions with elements of the environment are marked in red. In any such situation, you have to expect some kind of reaction from the NPCs and it can be more or less negative. The red "forbidden" interactions are:

1) Stealing objects lying in plain sight and taking them from red containers. Remember, if an object isn't red, it means that it doesn't belong to anyone. You can take or examine it without any problems, even if it's in a village or campsite inhabited by NPCs. 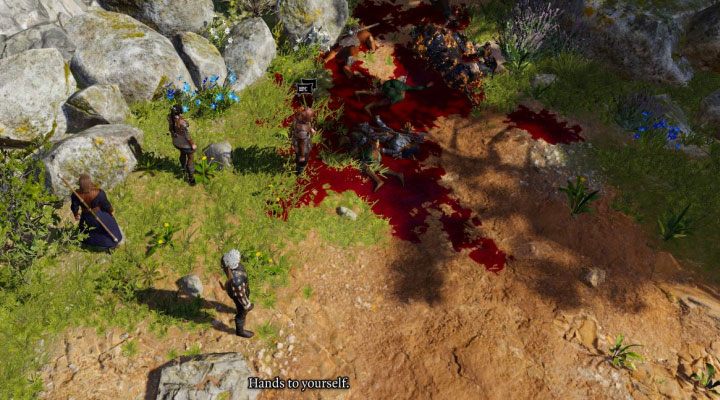 2) Robbing a corpse. This only applies to those NPCs who were friendly towards the party before their death  the example shows the corpses of those who took part in defending the Druid Grove. You can be stopped by other characters from looting a corpse. This restriction does not apply to looting the bodies of defeated enemies and monsters. 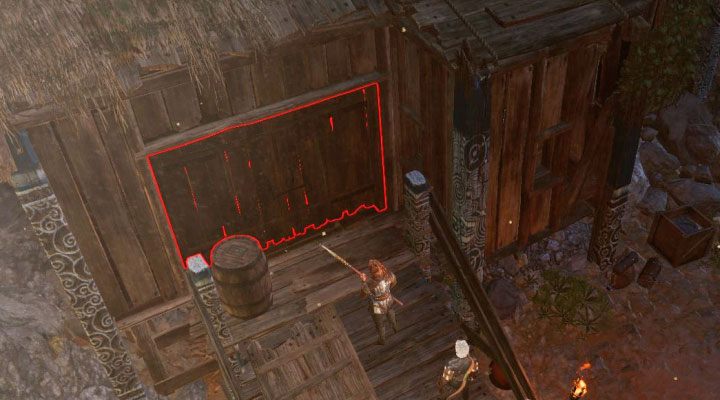 How to steal and pick locks effectively? 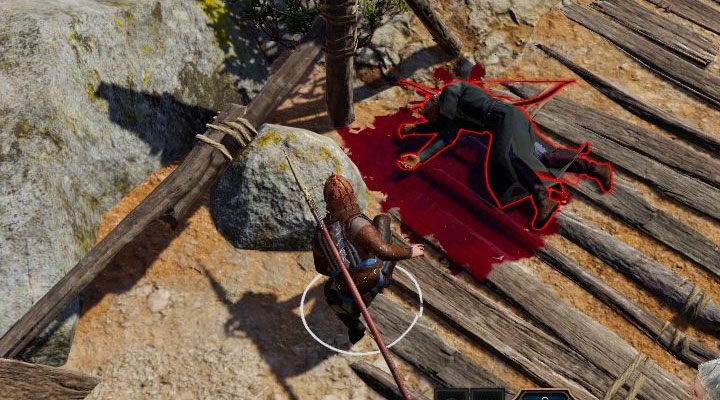 A common technique is to activate the stealth mode before stealing or picking locks (it is activated by default with the C key).

Of course, you need to make sure that the character you control is not in the field of view of other NPCs. Some independent characters travel around the map  you can wait for them to leave.

Alternatively, you can also experiment with other methods, e.g. spells that make a given character temporarily invisible. This can be helpful if an item or chest is heavily guarded. 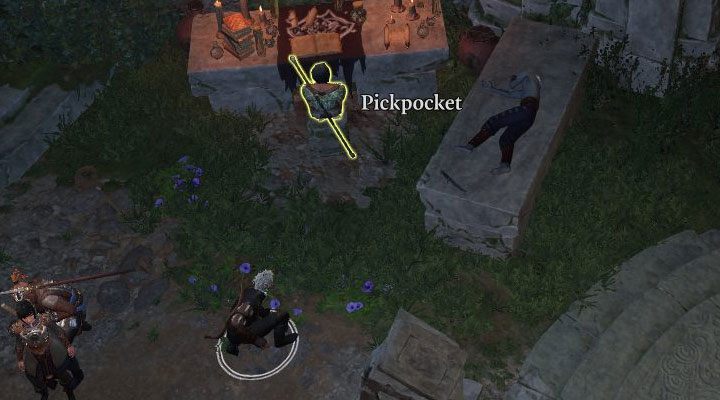 Pickpocketing is an entirely separate category since it is about robbing living characters. Try to always pickpocket using a character with high Sleight of Hand skill.

You should also remember to sneak when pickpocketing an NPC. Get behind the back of the person you're trying to rob. 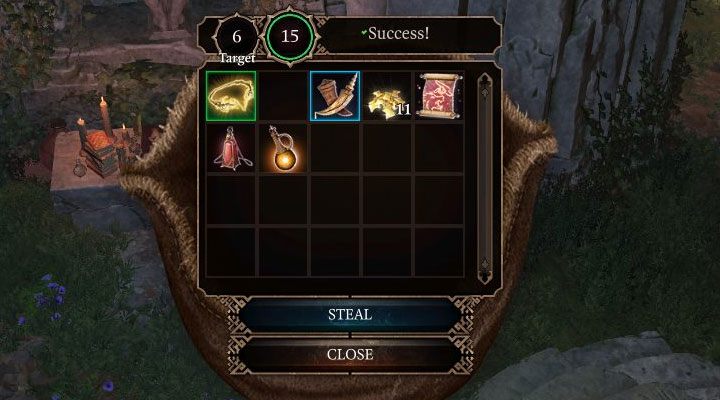 You steal items from the list one by one. Each attempt to pickpocket is a skillcheck  the dice must roll a value higher than or equal to the required value (in the example in the picture the requirement is 6 points). 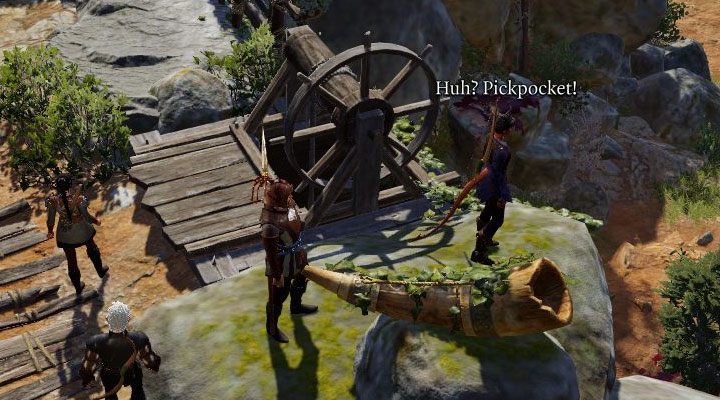 If the attempt ends in failure, you can be attacked by the victim. This can get you in a lot of trouble, especially if there are other NPCs in the area who can also become histile. Remember to make a quick save before you try to pickpocket someone.