This page of the Baldurs Gate 3 game guide answers the question of whether you can repeat skillchecks. This is important information in terms of wanting to get a positive result after a test that has failed.

Skillchecks are tests that can be performed after interacting with an object or during a conversation with an independent character. Their premise is to check whether the protagonist can handle the task.

Each test relates to a specific Skill or Ability. In the example in the image above, this is the Investivation skill.

Once you have selected the dialog/behavior option associated with the skillchecks, you will go to the correct test. Dice are rolled and the result will be a success if the thrown value is equal to or greater than the required value. In the example in the screenshot, the Investigation test will be successful if the dice roll yields at least 10. 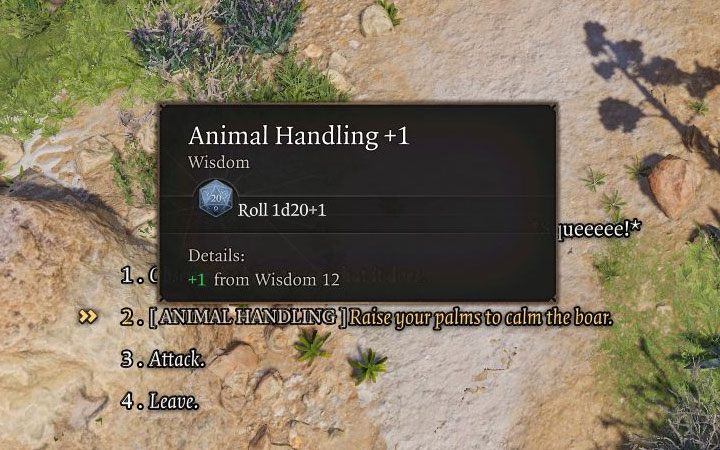 Even before you start the test, you can tap the cursor on its name to determine the type of dice roll and learn about the potential bonus depending on the character's stats. In the example from the screenshot, there is a Wisdom bonus.

Important note - the Investigation test is always about the character who performs it. If you're in charge of a team, try to deploy a character who is proficient in the skill associated with the test or the most developed ability. This will increase the chances of success. Unfortunately, it never means a certain win, because there is still a lot to be said in terms of luck.

Can a failed skillcheck be repeated? 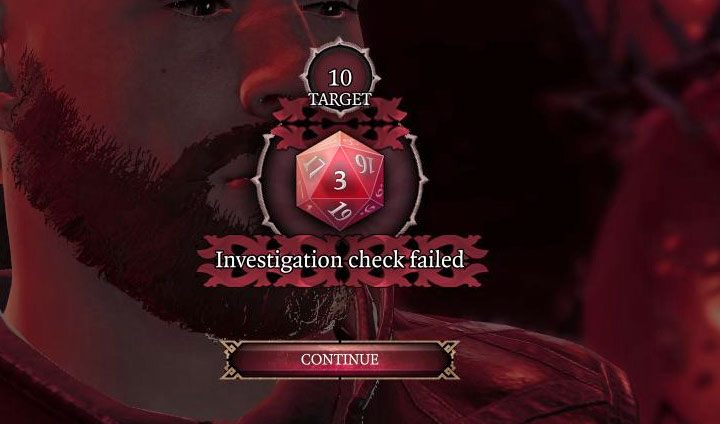 You can only approach most attempts once and if the roll fails (i.e. if the dice rolled a lower value than required) then the game will not allow you to repeat the test.

The exception may be situations where the differences between the rolled and the required values were very small. The game may then allow you to re-roll.

The problem described above fortunately has two solutions: