On this page of our game guide to Baldurs Gate 3 we explain how the lockpicking system works in the game. You can use lockpicks to unlock closed passages and gain access to the contents of locked chests and containers. You'll also learn how to save lockpicks and not to lose thief's tools too often. 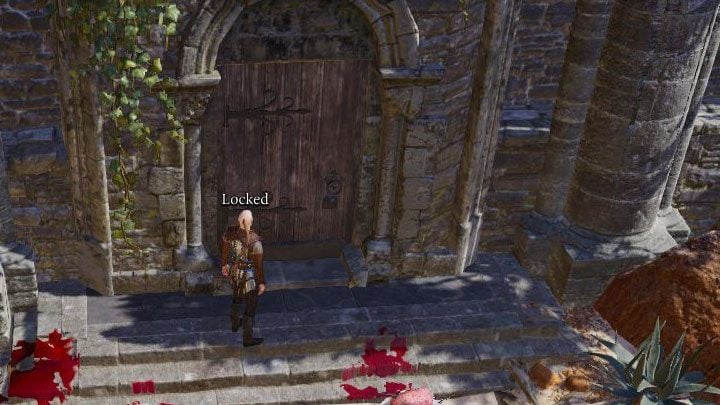 As the game progresses, you may encounter many locked doors and chests. Locked doors may block access to further locations and locked chests may prevent you from looting them in order to obtain valuable treasures that are being stored in them. You can behave in two ways every time: 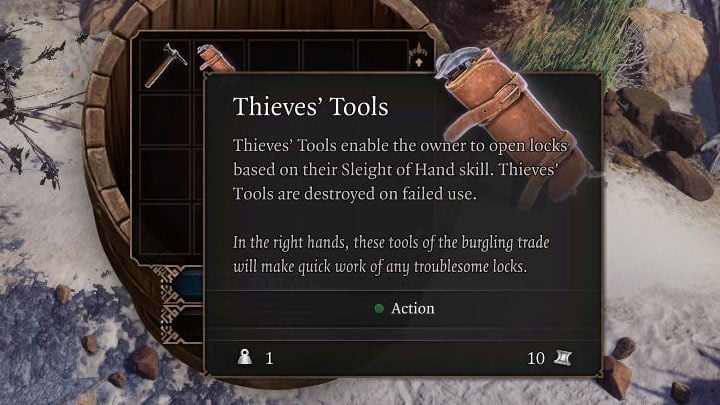 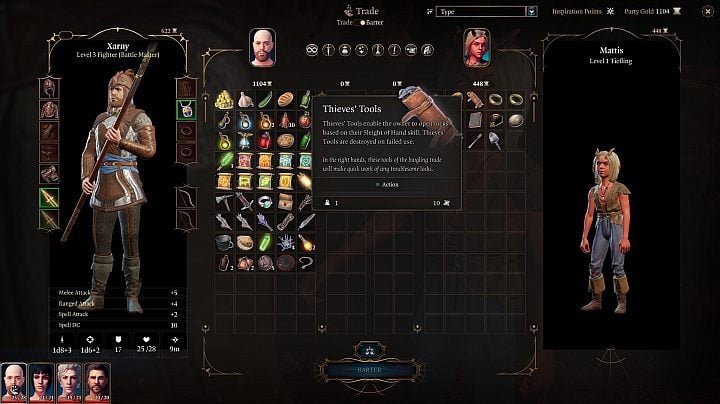 You can find the Thieves' Tools with other loot by exploring the game world, or buy them from vendors. They are sold by, e.g. Mattis and Arron in the Druid Grove. Mattis should offer you cheaper prices for lockpicks. 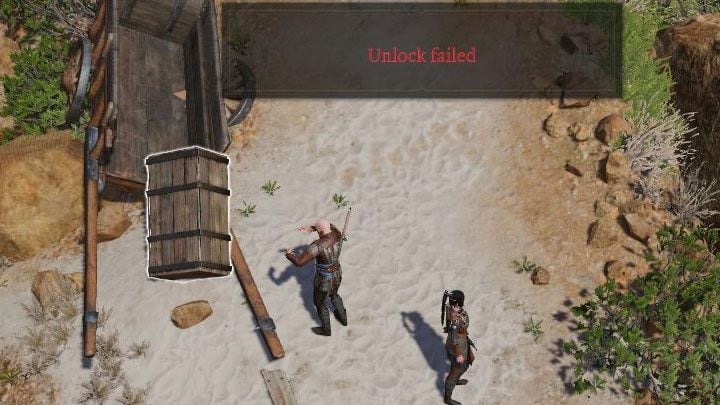 The effectiveness of the Thieves' Tools depends on the level of the Sleight of Hand skill of particular hero. As a result, it is best to pass the tools to one of the team members who has proficiency in the Sleight of Hand skill. For example, Astarion the rogue should have this proficiency. He can join the team in the area which you explore just after completing the prologue of the game.

Giving the tools to a character that is good in lockpicking is very important, as a failed attempt of opening a lock will cause the Thieves' Tools to disappear from the inventory. However, if your lockpicking attempt was successful, then the tools won't disappear and you can use them again in the future. 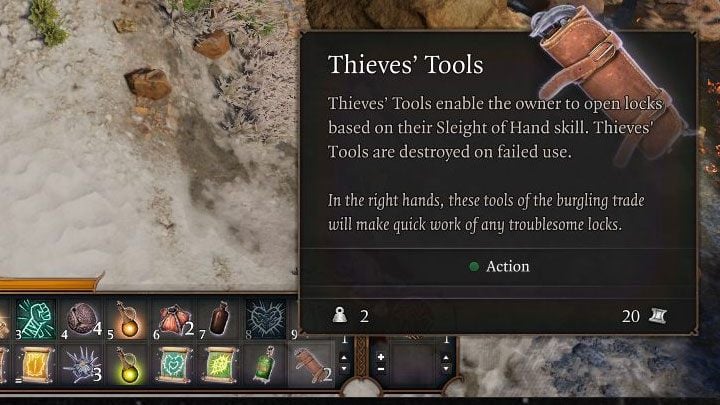 To prepare the Thieves' Tools for use, it is best to find them in the inventory and use the Add to Hotbar option. 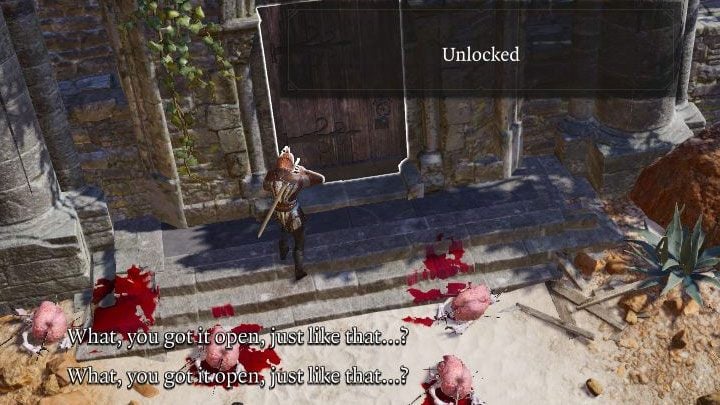 As the chances of disarming a particular lock are dependent on luck, we strongly recommend to make a quick save each time before using the Thieves' Tools. If you have failed to open the lock and lost the tools, then you can load the game and try again. This way, you won't have to give up on unlocking a specific passageway or looting a chest. Also, you won't have to look for another Thieves' Tools.