This page of the guide will tell you how to unlock Boris Ursus in Total War Warhammer 3.

Boris Ursus is a "hidden" lord. Although you will see him in the faction window, his portrait will be grayed out.

You can unlock Boris Ursus only by playing online and obtaining the achievement connected with him. Even if you complete the battle described below while being offline, your progress will not be saved. Moreover, if you want to start the campaign as the tzar, you MUST be connected to the Internet.

However, you can save the game after starting the campaign and continue playing offline from the loaded save. 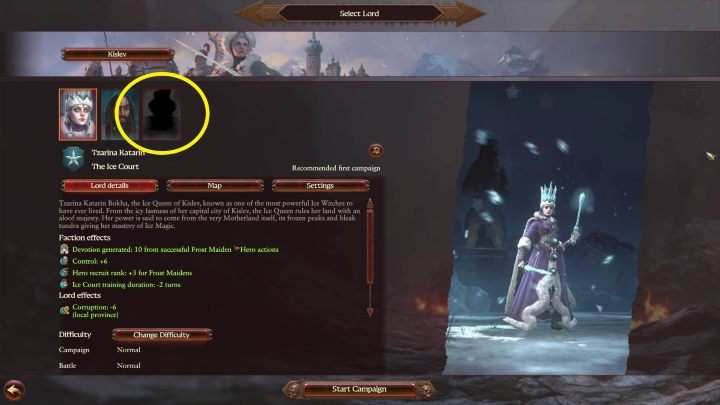 To unlock it, start the Tzarina Katarin campaign and reach level 10 with her. This is when the Frozen Falls quest will unlock, in which you need to fight a battle and save Boris.

You have 30 minutes to complete the objective of defeating three mages before they complete their ritual. 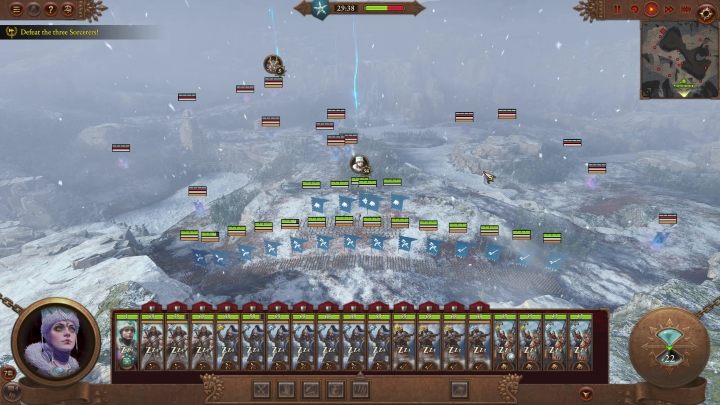 The fastest way to achieve this is if you divide your army into two. One group will go to the right, the other to the left side of the frozen lake. Your advantage is that the enemy troops are scattered all over the map, so there is no main front. They can be defeated unit by unit.

However, you should be careful, because when you approach the mages, you will be attacked by enemies from behind. A much stronger attack will come from the left, so have some spare units to quickly move them to the back of the army and stop the attack. You should also prepare a squad for ranged combat - among the attackers on the left side you will find, e.g. flying units.

After the mages are eliminated, you will be faced with a choice. 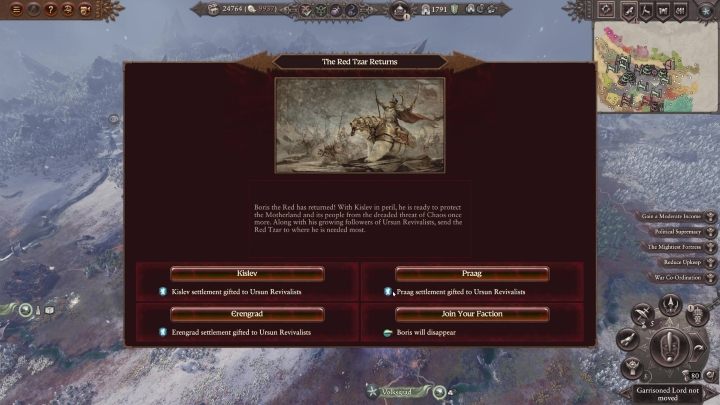 You have to decide what will happen to the old Tzar. You can give him a province - then he will create his own faction called Ursun Revivalists. Of course, the alternative is also to join him to your country. This way you will be able to recruit him as a lord - army commander (he will not become one automatically, you have to hire him). 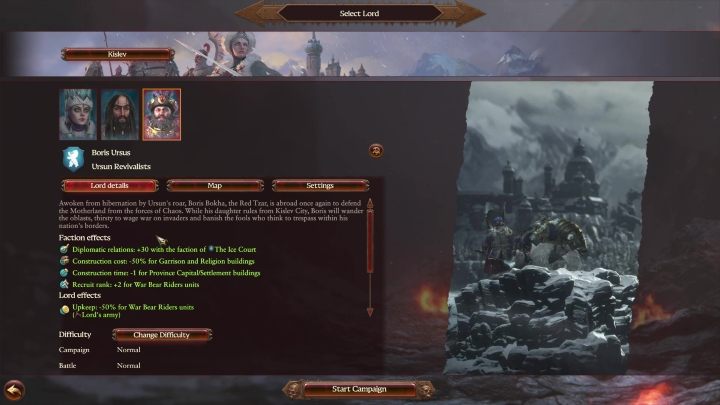 From now on, you can also start a new game in which Boris Ursus is the leader of his own faction.