On this page of the guide, you will learn how to start the game when playing as the Kislev factions - The Ice Court, The Great Orthodoxy, the Ursun Revivalists.

Tzarina Katarin (The Ice Court) - how to start

Tzarina Katarin leads The Ice Court nation. She starts off in Kislev, in the south-western part of the map. 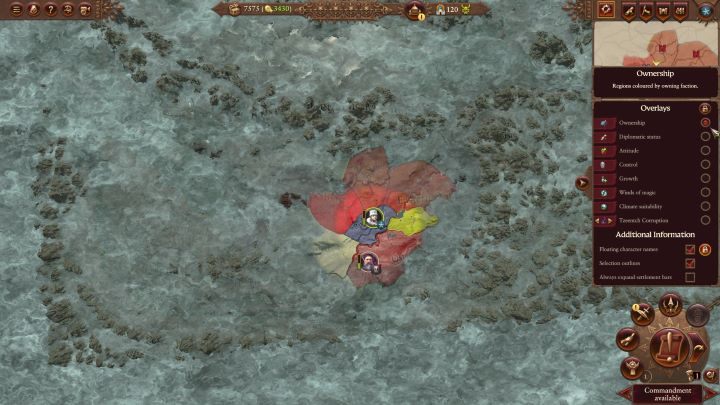 You should spend the initial turns on uniting Kislev. You border enemy factions from the north and the east. These should be your first steps on the road to victory. North is the most natural expansion path for you. There are some more viable lands there and Chaos armies later on, which will grant you Supporters and Devotion.

You have nothing to fear from the west - there's a potentially favorable part of Kislev there, the Druzhina Enclave (a good candidate to form a confederation with) as well as Kostaltyn's lands. He may not be the best possible neighbor but he can't attack you (and neither can you attack him), so until the domination dispute is resolved the status quo will hold.

There are Imperial nations to the south. They serve as a potential area for alliances and trade pacts. They shouldn't attack you unprovoked, as they're struggling against vampires.

Kostaltyn (The Great Orthodoxy) - how to start

Konstaltyn leads The Great Orthodoxy. He starts the game in the south-western part of the map, near Tzarina Katarin. 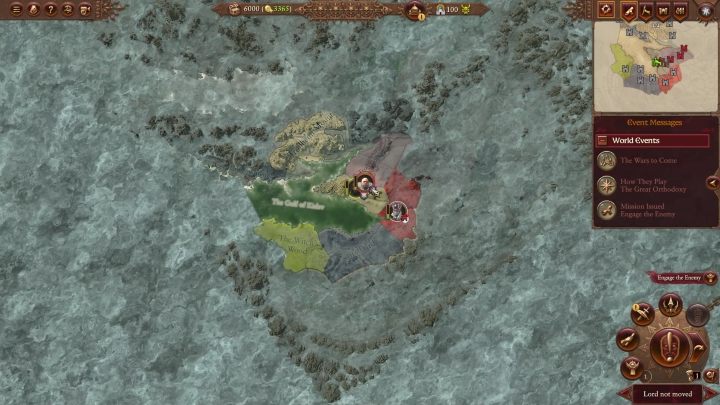 Just like with The Ice Court, The Great Orthodoxy should naturally develop to the north. After capturing the first province you'll be surrounded by neutral nations.

You should also consider the eastern neighbors. The Druzhina Enclave are allied to The Ice Court. The ideal solution would be to peacefully form a confederation with them, given that they're a Kislev nation, but fighting them might be inevitable.

To the south you'll find Imperial lands - they bear you no ill will so you should leave them alone for now, maybe sign some trade pacts or alliances.

Boris Ursun leads the Ursun Revivalists, but he doesn't start near the other Kislev factions. By choosing this legendary lord you'll start off in the south-eastern part of the map, among orcs. 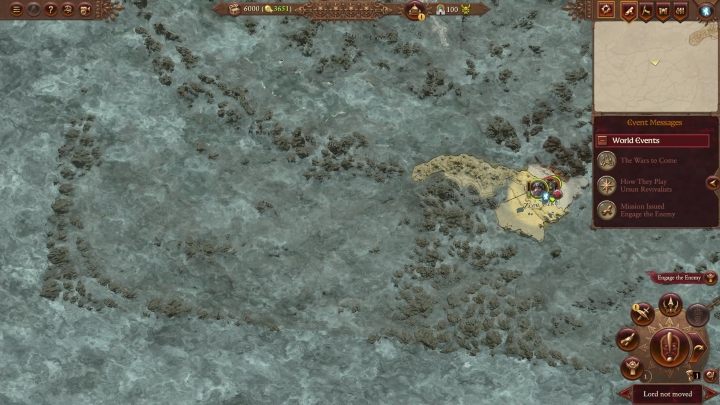 You begin with just a piece of a province. The rest is owned by the orcs you're at war with. There's a seemingly uninhabited settlement to the south. Don't be fooled, it's filled with Skaven - the ratmen race.

You should start by heading to the west and east. By moving west you can take over abandoned mountain settlements and weed out the Skaven (living in seemingly abandoned towns) who would otherwise raid your territory. There's also a friendly Kislev faction behind the mountains, a good potential confederation partner. To the east there are the orcs you're at war with.

North is also not safe. There are ogre tribes there who, sooner or later (probably sooner), will declare war on you. Behind them, however, there are potential allies and trade partners - the dwarves and the Grand Cathay nations.

The south seems calm, but it's really not. You'll probably be attacked from there sooner or later as well, as the lands belong to orcs and vampires. Behind them, however, there is another dwarven nation willing to trade.