This page of the guide contains information about the length of Total War Warhammer 3.

The gameplay in Total War Warhammer 3 is divided into two phases - making decisions on the campaign map and real-time battles. The length of the game largely depends on the number of battles you will control on your own (they can also be done automatically).

If you put most of the fights in the hands of the computer, focusing only on playing the campaign and some battles, Total War Warhammer 3 will probably take you about a dozen hours. With normal gameplay, this time will certainly increase to several dozen (around 30). 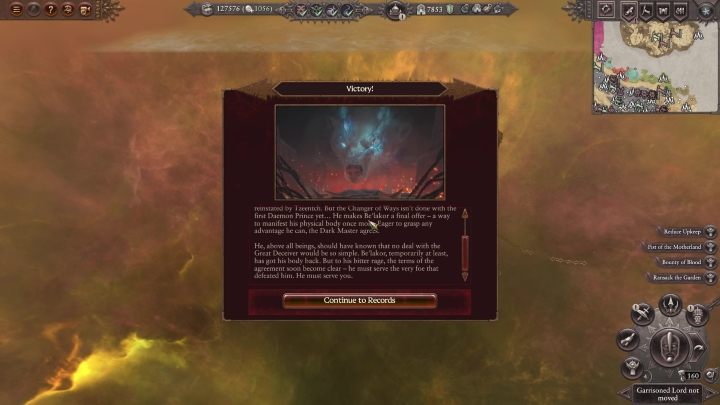 Note that the numbers above only refer to completing the story campaign. You can continue the game after you've finished it and try to win by domination. However, this is a much longer option!