Do you remember one of the first trailers of The Witcher 3 Wild Hunt which depicted Geralt in a hood and cape? Seemingly insignificant elements of clothing greatly affect the mysteriousness of the main character, but unfortunately they were ultimately not available in the final release. Fortunately, the modification called Geralt Cloak fills this gap and adds the mentioned hood and cape. 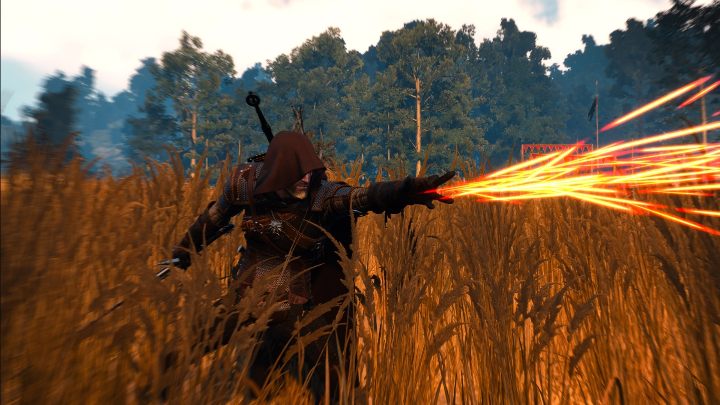 Enthusiasts of immersion will be pleased. Are you troubled by rain in Velen or snow on Skellige? It's time to put on a hood and a cape. What's more, the actions of putting on and taking off the items are enriched by new animations. It is also worth adding that we get access to the novelties immediately after installing the mod. The hood and cloak will not appear in the inventory - just use the 8 and 9 buttons on the keyboard to equip/take off the items.

Unpack the downloaded archive, and then:

Save the changes. From now on you can equip and take off the hood and cape by pressing the 8 and 9 key buttons on your keyboard.