In Witcher 3 you can't back away from picking a new skill or upgrading the one you have previously developed. It might be troublesome later in the game and/or when playing on higher difficulties. Buying worse or less useful skills can unnecessarily weaken Geralt in comparison to his experience level and thus slow down his proper development. Luckily, there's a solution to that. The game allows you to reset your skills - taking back all your decisions and allowing you to redistribute all your development points. It's neither a process that comes cheap nor easy. The only way to clean the character development tree is using the Potion of Clearance.

You can't find that potion while exploring the game world or by completing one of the quests. The only way to obtain this potion is by finding a merchant who is selling it. The potion is offered by few merchants in the game world. It doesn't matter which one of them will you choose, the price is always the same - 1000 crowns. It's very expensive so before deciding on buying the potion, make sure that you really need it to make serious changes in Geralt's development tree.

Important - The potion of clearance can be bought more than once. However, it will always cost you 1000 gold coins. 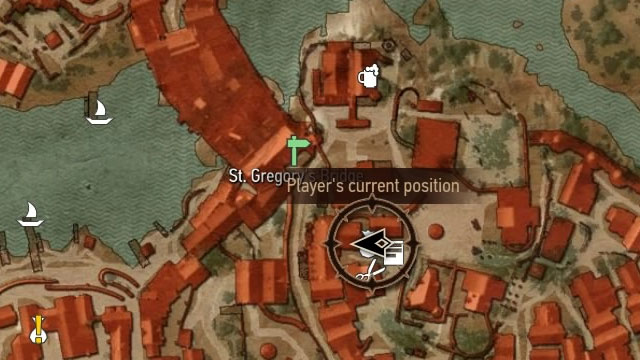 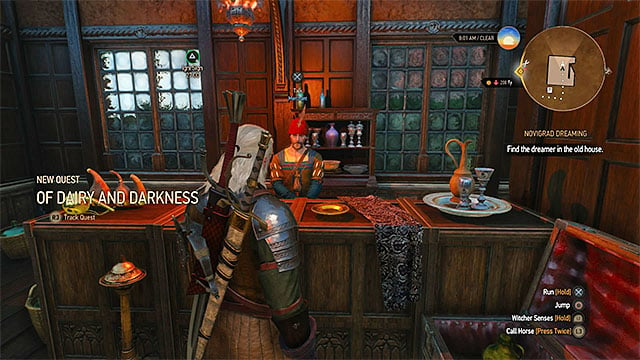 One of the merchants who offer the Potion of Clearance is living in Novigrad. His shop can be found in the northern part of the city, near Passiflora (picture above). 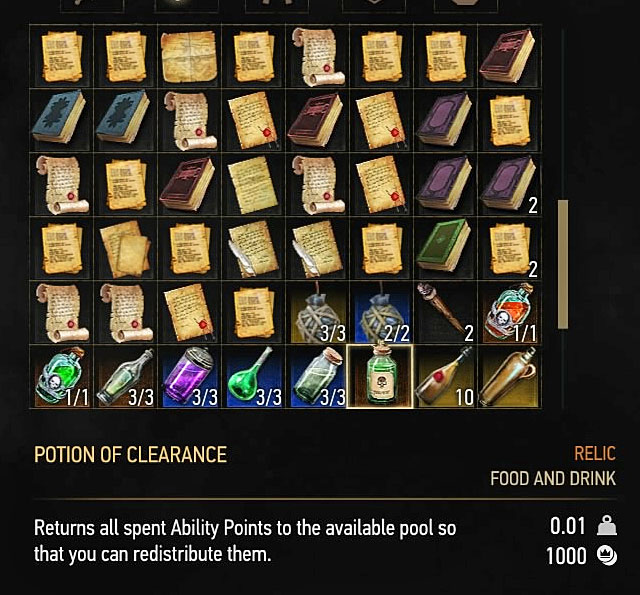 After finalizing the transaction you must open the inventory, pick its second tab and find the Potion of Clearance (picture above).